Visiting North America’s Only Iraqi Guesthouse at the Schuylkill Center

Visiting the Al Mudhif at the Schuylkill Center for Environmental Education this summer, Carolyn and I were treated to a presentation by Yaroub Al-Obaidi as well as coffee, tea, and Iraqi cookies.* After serving the dozen or so guests tea and coffee, Yaroub spoke about the Al Mudhif, its history, and how the project came together.

We summarized a few of Yaroub’s answers to questions from the group.

How long did it take you to build the Mudhif?
About 12 days. We had the kickoff ceremony on Memorial Day. And we finished on June 12.

Where did the reeds come from?
Mostly from the John Heinz Wildlife Refuge. (Editor’s note: Reeds were also collected from Schuylkill Center site as well as the Upper Roxborough Reservoir Preserve, thanks to the efforts of volunteers from the Roxborough-Manayunk Conservancy.)

So they just whacked down the reeds and had bundles of it there?
No, we collected them. Two times, in February and March. We had volunteers with us and we tried not to make it very hard for them to help. We told them get as much, or as little, as you want. Don’t trouble yourself, because it was quite cold out and some areas, near water particularly, were icy. So what we collected we kept in a warehouse until May, then we start looking around for a site to build while the reeds dried.

Was the idea of a mudhif yours?
Let me tell you how it came about. Since I came to Philadelphia in 2016, I’ve been involved in many art projects. And I wanted to do something to try to build bridges between people, especially between the Arabic community (specifically Iraqi people) and Americans.

After I graduated from Moore College, with a master’s degree in socially engaged art, I was invited to an art talk in January 2020 by Sarah Kavage (the other artist with me in this project) that was about phragmites and how they could be used to create public art. In one of her slides, she mentioned an Al Mudhif.

Right after the talk I introduced myself and said I’m very familiar with mudhifs and suggested that my brother and I could build one in Philly. We met with her to develop a plan, found the site at Schuylkill Center and got some grant money from Temple University.

How does this mudhif differ from a traditional one in Iraq?
One of the primary differences is due to COVID — we included more spacing in between the wall and roof materials to let air flow through. We also keep the fence at the front open always. Also, you can see through the roof, but in Iraq rugs would be covering it.

Another difference is the shape of the roof. In southern Iraq there is no snow. We made the roof sharper here, with more of a peak to keep snow from building up and putting weight on the roof. In Iraq the roof would be more curved. When we get into snow season, maybe we’ll cover it with pipes or install hooks up through the roof — about one to two feet up. And then attach a tarp, so it will be more resistant. Or we might remove the roof altogether and let the snow fall inside. In that case, we’d host an activity to weave new mats when we re-open in the spring. We don’t worry about rain — phragmites are water resistant. 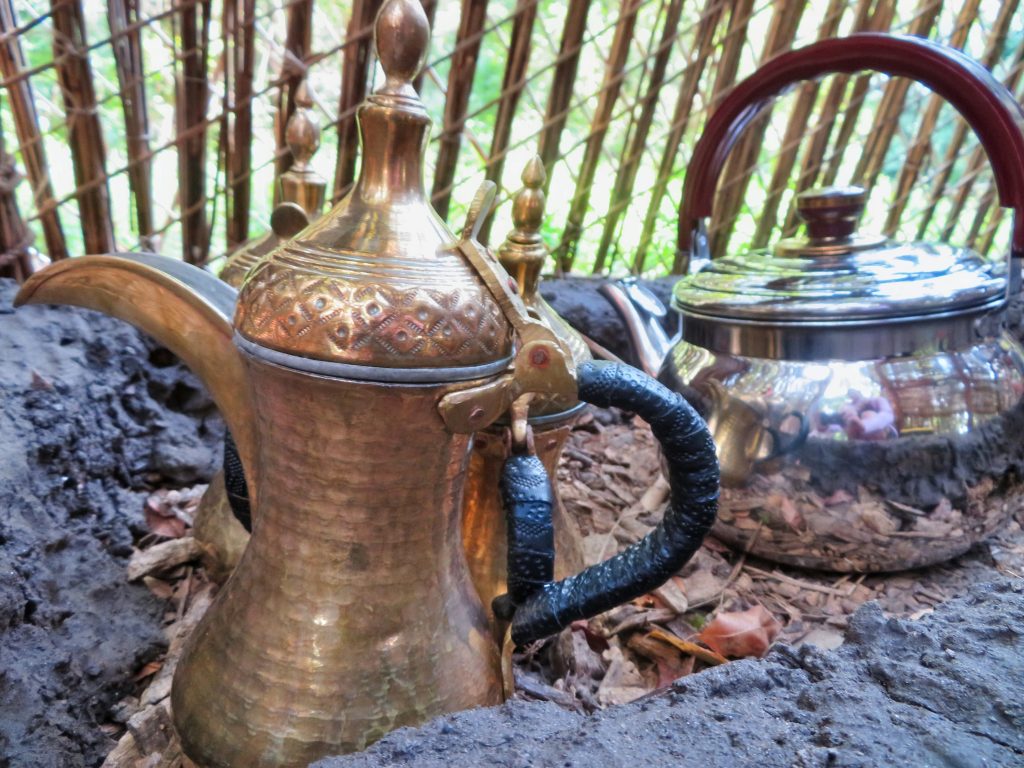 The last difference is in the materials. The reeds in the Iraq marshes are thicker and more solid, they look like bamboo. But they’re more flexible than bamboo. You can make it curve. And they’re taller in Iraq. One reed is about four to six feet. The maximum here is about three to 4 feet. So we had to dig our foundation deeper for this mudhif, about four feet down. It gives the structure more strength.

What does a traditional mudhif look like inside?
First the fence will be open in summer and closed in winter. Sometimes they have fans — three or four of them for air circulation inside. In winter, the coffee station provides warmth because of the charcoal fire they use. The conversation usually will usually take place close to that area.

When you enter a mudhif, the coffee station and the tea station will be on your left. And there’s a person who just takes care of the coffee and tea. Of course, we cannot make the fire as big as it would be in Iraq because the roof here is much lower. (VIDEO: The Mudhif — 5,000 Years of History) 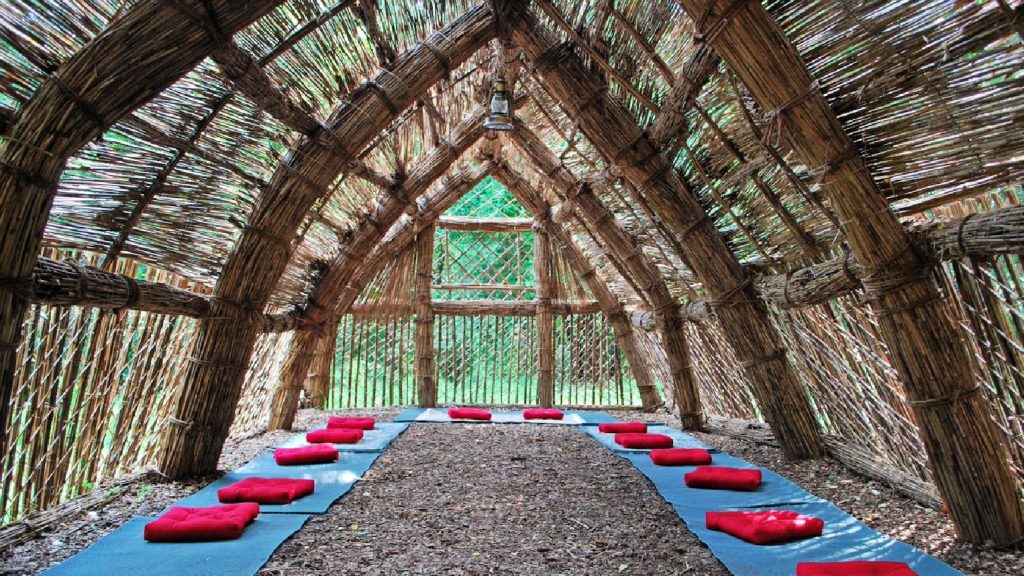 Calendar Alert!
Yaroub Al-Obaidi will be at the Iraqi guesthouse for conversation and reflection on Wednesday September 29 and October 27 from 3-5PM. All ages and questions are welcome. Free admission. Schuylkill Center, 8480 Hagy’s Mill Rd. For more info, visit the Schuylkill Center website.

About Yaroub
Born in Iraq, Yaroub Al-Obaidi has lived in Philadelphia since June 2016. He has worked as a designer, researcher, author, and also lectured at the College of Fine Arts at the University of Baghdad from 2004 to 2007. He is also a co-founder and editor (along with Nora Elmarzouky) of the Friends, Peace, and Sanctuary Journal, a quarterly newspaper for the Arabic community (and those who love Arabic culture, language and food) in the greater Philadelphia area. The FPS Journal is, along with the NW Local, a member of WHYY’s News and Information Community Exchange program (N.I.C.E.).

*We also added Toronto to our travel bucket list – some Iraqis visiting from the Toronto area told us about the large Iraqi population in the city as well as the many Iraqi restaurants and open-air markets there. “It’s where we go when we miss Baghdad” they told us. We’d heard about the generosity of Iraqi people, but were still touched when one of the women offered for us to stay with her when we visited Toronto.

A unique structure seeks to bring nature and cultures together [more…]