A new book takes a peek into Philly’s distant past 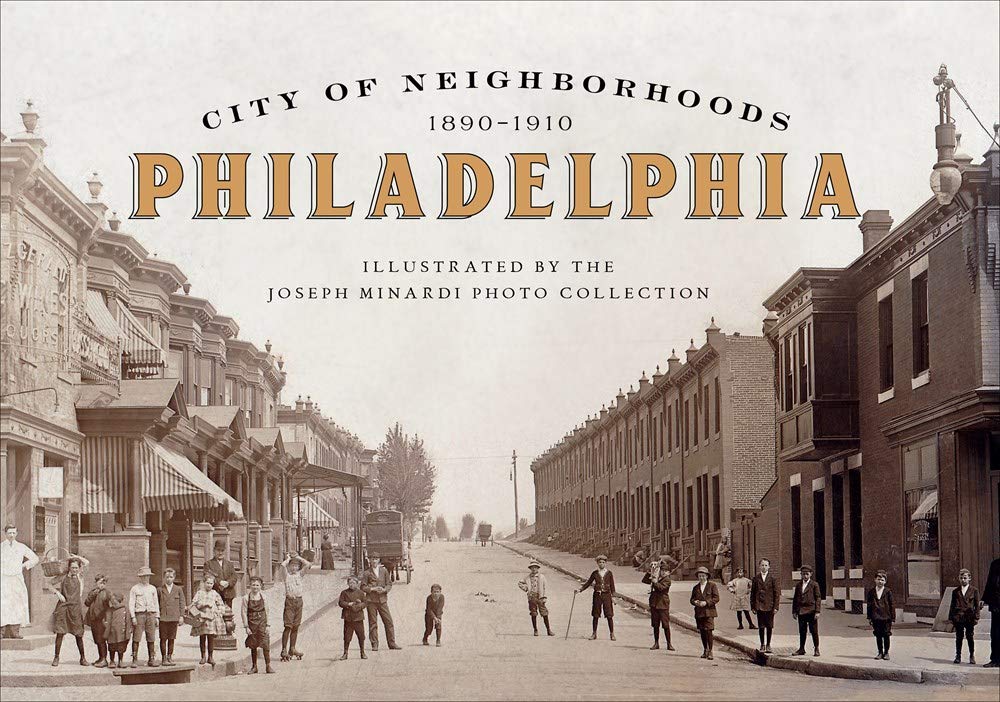 From Roxborough to Holmesburg and Somerton to Pennsport, Philadelphia is known today as a city of neighborhoods. But many didn’t exist (or were radically different) before 1890, when a boom in manufacturing and population growth led to a golden age of housing construction that created the vibrant mix of neighborhoods we know today.

In “City of Neighborhoods, Philadelphia 1890-1910”, local author and historian Joe Minardi has collected more than 200 vintage photos and postcards that transport readers back to the neighborhoods as they once were, exactly as our grandparents and great-grandparents knew them, before modern influences altered them beyond recognition. Arranged by neighborhood, the book is filled with rare vintage photographs and comprehensive information about the houses, the builders, the neighborhoods, and the people who lived in them.

We recently caught up with Joe to talk about his latest work.

What was Philly like during the time period covered in the book?
Philadelphia was called the Workshop of the World — a name it earned. It was amazing the different things manufactured here ships and locomotives, textiles of all kinds, packaging, printed materials, munitions, machines… Something like 90% of manufactured items in the US were made in Philadelphia, just about everything.

If you were a person who maybe didn’t have high education, or if you were new to the country and didn’t speak the language, you could probably get a decent job as soon as you came to town. So the city’s population grew by 50%, during this period, it went from 1 million in 1892 to a million and a half by 1910.

When you’re adding like half a million people in such a short period of time, there’s going to be a lot of building. And with all the money and competition, we built a lot of distinctive architecture. Unfortunately, a lot of it is disappearing these days. And that’s a damn shame. We’re a World Heritage City, a designation we were awarded because of our historic and culturally significant architecture. Yet Philadelphia provides very little protection for its historic structures, compared to other cities. (Only about 2-3% of our built environment is officially designated historic)

Any surprises as you were putting this collection together?
One surprise was how swanky North Philadelphia once was. It used to be considered a preeminent area of the city in the late 19th and early 20th century. The economy was strong in that part of the city and it had a really big population. And then Ogontz and Olney developed a little later. They were like the suburbs. West Philadelphia was very popular too.

Did anything from East Falls’s historic district make the cut?
Unfortunately, East Falls “Tudor homes” were built in the 1920’s, a little later than the time period I focused on in this book. I do have a couple of nice shots from other parts of East Falls, including a spectacular one on Ainslie, with the children all lined up in front of the porches.

How about Germantown?
Yes, Germantown was a very popular neighborhood during this time period! It was good for commuters. It was good for just regular working people, too, because there were mills and factories where mostly everyone was employed: laborers, bookkeepers, lunch counters, all kinds of jobs. So you had a whole mix of people who settled there in the mid to late 19th century. Upper, lower, middle classes all together.

So what catches your eye here in Northwest Philly? What are some historical features you think homeowners should consider preserving and maybe even highlighting?
The Northwest is a really interesting part of the City because it’s old and diverse, with a variety of architectural periods and designs. But then it’s also rather unified, because everything’s in that wonderful Wissahickon schist, which is so distinct from the red brick and brownstone you see in other neighborhoods.

So how did you pull these pictures together?
Well, I’ve been collecting for a long time now, at least 10 years. And I got lucky because a large collection was being liquidated by a dealer in Reading. And it was maybe a couple hundred old postcards of Philadelphia — a really nice collection. So he was selling them over the course of about a year. And I can’t say that I won every auction, I maybe like one in four or five. But it was enough to like really, like, build my collection, you know, just exponentially — it went from a few nice ones to like a very large collection, and I have also been able to purchase other other small collections of Philadelphia photographs. So when you put it all together, it all pretty much documents the entire city.

I imagine it takes a lot of research to get the stories behind these pics?
It does. I’ve spent a lot of time in the Philadelphia City archives, and I’m sure they got sick of me after a while. They bought out these large boxes that contain the City building permits. And unfortunately, for some strange reason — probably just because it’s Philly — they weren’t digitized. So I had to go through them individually, one by one, for over a year. It was a pretty daunting task, taking down as much information as I could from these building permits. Obviously, there’d be the builder name and where the property was, but in addition there was often interesting info, like how much it cost them to build, who the architect was, stuff like that. It was a really great learning experience!

So do you include all these details with the photos in your book?
When I when I feel it’s relevant. Although I think of “Philly Neighborhoods” as a picture book, there’s a fair amount of narrative about the City during this amazing growth spurt we went through, that really created the framework of communities that still make up Philadelphia today.

That was really evident to me in the photographs. I also liked how these pictures felt like vintage social media. If you bought a house this is how you’d show it off to a wide social circle, right?
Yes. You often see an “X” over a particular unit in a line of rowhomes – that’s someone saying “Check it out, here’s my new house!” And they’d send that to their social circle. It really was like a precursor to social media.

Do you have any favorite photos?
A lot of these images have kids, I guess they were around when the photographers showed up and it was a big deal back then to get your picture taken. So you see them all crowded into the frames sometimes. In one of the pictures, these kids are holding up a dog. I think that’s fantastic. The kids, the workers, the shopkeepers. They would get out in the street and stand still for as long as they could, because it took a long time back then for the camera to expose the shot. Just like today, it wasn’t easy for pets or kids to stand still so they’re often blurry in the pics.

In one of your images, there’s someone in a window with the baby looking out onto the street!
Oh, yeah. That was a corner store in West Philadelphia, around 30th and Fairmount. I was able to identify the woman. Her name’s Rosa. She’s the wife of the shopkeeper, Abraham Yoder. They lived in an apartment above their business. Pretty shocking that Abraham was murdered in 1899 — a few years after that photo was taken. So I put that story in the book, along with that photo where he’s standing in front of his store and his wife is in an upstairs window. I don’t think the killer was ever found, either. So there’s a Philadelphia murder mystery for you. It’s a sad story, really. He worked his way up to owning his own business and then then got killed a few years later.

I’m fascinated by the clothing people are wearing, it looks like they’re in full business attire just standing on the street corner. And some of these kids! The hats, the stockings, the knickers. It’s like a Dickens story.

Yeah, this was before casual Fridays. Even the children look dressed up. Buttons, paper collars, snaps and all that. Definitely a different period.

So this is your fourth book, has your process or approach changed over time?
All of my books are big on research, which is something I enjoy doing. But this book was different for me in that I didn’t have to actually go out and take the photographs. These images already existed, I just curated them into a collection. Also it was fun to focus on this time period, when Philadelphia was a booming manufacturing center, which is what drove the surge in new construction.

So what’s next for the book?
I don’t know just yet. Can’t do book tours or speaking events for a while, it seems. I’m thinking some virtual events.

But anyway, the book comes out November 17th, which I’d like to point out (AHEM) is great timing for the holidays. I think it’d make a great gift for anyone who grew up in the City or is moving here or just bought a house. Anyone who’s interested in history. It’s a really fascinating time period viewed through a very close lens. Just about every part of Philadelphia is represented, so it’s a broad overview but there’s also an incredible amount of detail in these photos. Just about everyone gets sucked in!

Yes. And since we’re not opening gifts together in my family this year, I could theoretically buy a copy for every household and mail them. So easy — you just gave me a great idea!

A Little Help from Our Friends

As the Local reaches into nearby neighborhoods, a community Advisory Board keeps our message on track. [more…]

Fun Facts to warm your heart about St. James School in nearby Allegheny — from free community dinners to the most historic “Mannequin” challenge ever. [more…]