Fighting back against an invader 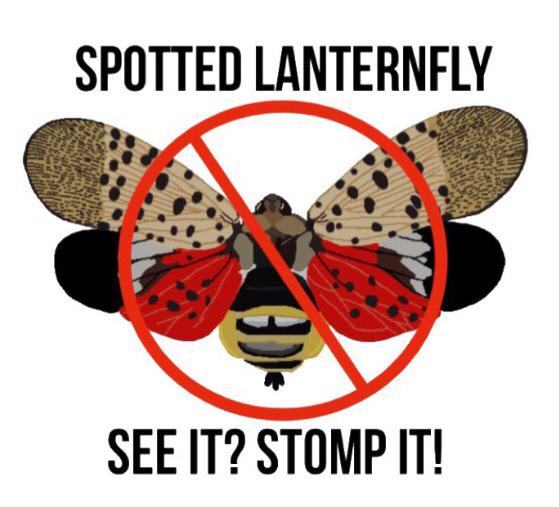 For the past eight years I have been a member of the PA House Agricultural and Rural Affairs Committee. It is a committee assignment that I pursued for several reasons. First, it is the largest industry in Pennsylvania. Second, we all need to eat, yet food insecurity occurs in urban, suburban and rural areas. Third, while I represent an urban/suburban area of the state, it would be a way to relate to my rural colleagues where most agricultural production occurs.

Our commonwealth is now faced with an agricultural challenge that is occurring in the southeastern part of the state, although it is slowly spreading to rural areas.

The Spotted Lanternfly (SLF), is an invasive planthopper native to China, India, and Vietnam. The first detection of this non-native species to the United States was discovered in Pennsylvania in Berks County in September of 2014. It has since spread to 14 other counties in the southeast portion of the Commonwealth, which are now quarantined.

This insect has the potential to greatly impact agricultural crops such as grapes, hops, and hardwoods. This pest poses a significant threat to the state’s more than $28 million grape, $87 million apple, and more than $19 million peach industries, as well as the hardwood industry in Pennsylvania which accounts for nearly $17 billion in sales.

It is also reducing the quality of life for people living in heavily infested areas due to the sheer number of these pests and the mess that they leave behind.

Penn State University and Extension, the United States Department of Agriculture (USDA), and the PA Department of Agriculture (PDA) have joined forces to control and contain the spread of SLFs. Penn State University is leading the research efforts currently underway to answer the many questions we have about the insect’s biology, pesticide studies, and the ability of the insect to adapt to the environment in Pennsylvania.

If you see a Spotted Lanternfly, it’s imperative to immediately report it either online services.agriculture.pa.gov/SLFReport or via phone by calling 1-888-4BADFLY.

What else? Kill it! Squash it, smash it…just get rid of it. And you can have a little fun while doing that by downloading the SQUISHR app from the Apple Store if you have an iPhone (or Google play for Android).

The SLF causes serious damage in trees including oozing sap, wilting, leaf curling, and tree dieback. In addition to tree damage, when the SLFs feed, they excrete a sugary substance, called honeydew, that encourages the growth of black sooty mold. This mold is harmless to people; however, it causes damage to plants. In counties infested and quarantined for the SLF, residents report hundreds of these bad bugs that affect their quality of life and ability to enjoy the outdoors during the spring and summer months.

The SLF will cover trees, swarm in the air, and their honeydew can coat decks and play equipment. The SLF can be controlled with a combination of physical removal and destruction of both the SLF and its eggs. PDA has developed extensive information that can be found at www.agriculture.pa.gov

The PDA and its federal, state, local and non-governmental cooperators are working to develop a strategy to eliminate this pest from the Commonwealth.

Early detection is vital to the effective control of this pest and for the protection of PA agriculture and natural resources-related businesses. Egg laying begins in late September and continues through late November or early December and can occur on manmade surfaces in addition to plants. In the fall, these bugs will lay egg masses with 30-50 eggs each. These are called bad bugs for a reason. So, thank you for helping to do your part and rid our community of these colorful but destructive pests.

Our second installment of a favorite feature for thirsty Fallsers and new neighbors curious about the local color. Introducing new EFL reporter Tim Reardon (Conrad Street).  Everybody knows that a good dive bar is all [more…]