After years of effort, a team of preservationists and community organizers have successfully transferred Mt. Vernon cemetery (in East Falls) from private ownership to the Mt. Vernon Cemetery Conservation Company (MVCCC), a nonprofit organization which seeks to reimagine the cemetery as a managed civic space, much like many historic urban cemeteries, such as its sister across the street, Laurel Hill Cemetery, and The Woodlands in West Philadelphia.

This will entail public programming, historic tours and education programs, as well as making the cemetery accessible for general visitors. Community-based gardening and horticulture programming also figure prominently into this vision as a means of regenerating and maintaining the flora of the historic landscape.

With community support, MVCCC hopes Mt. Vernon will become not only an active cemetery again, but also a cultural heritage destination, an environmentally preserved green space in the city, an architectural and sculptural mecca, and destination for history and genealogy lovers.

Founded in 1856, Mt Vernon Cemetery is the final resting place of 33,000 people, including generations of the world-famous Barrymore family of American thespians. For decades, it was neglected by an absentee landlord. No plots have been sold since 1968, it was not open to the public, many graves fell into disrepair and the cemetery became heavily overgrown.

The restoration project is currently underway, and enthusiastically seeking volunteers and donations: mountvernoncemetery.org for more information or to arrange access (entrance only by permission). 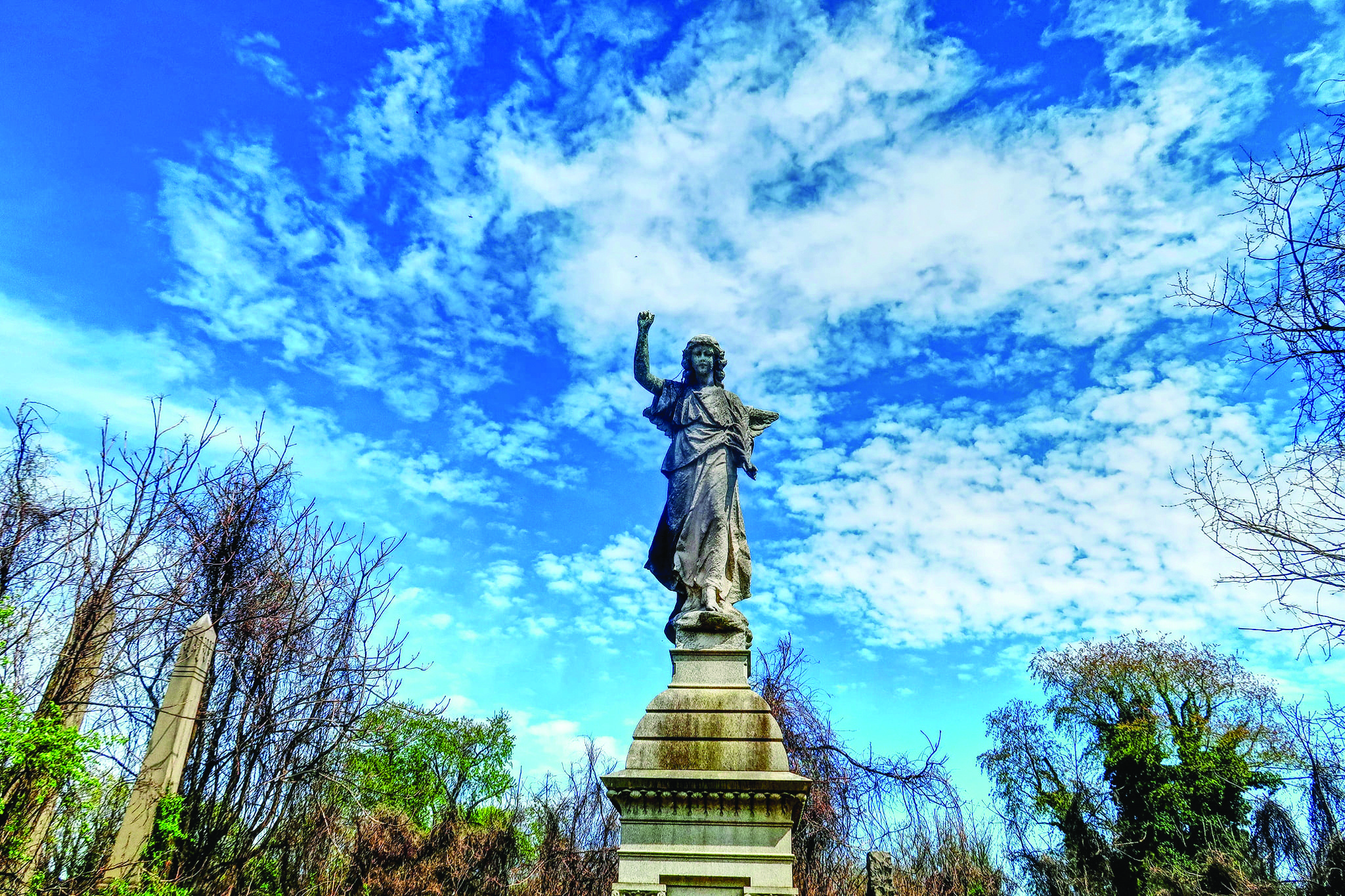 VOLUNTEER  Even a few hours a month can make a big difference. Please email mtvernoncemeteryvolunteers@gmail.com to discuss opportunities, or reach out on social media where we share dates/time for group cleanups (usually on Saturdays).

The 2022/23 volunteer season kicked off this October. We received new equipment, tools, protective gear, a chipper, weed whackers, and a commercial mower. During our cemetery clean-ups, we discovered many interesting graves. One notable find was the grave of a famous Revolutionary War Commander, Colonel Christian Febiger, who was the right-hand man of General George Washington.

Febinger took part in every significant Revolutionary War Battle. He was a member of the Society of the Cincinnati, which is a fraternal, hereditary society founded in 1783 to commemorate the American Revolutionary War. Membership is largely restricted to descendants of military officers who served in the Continental Army. Febiger was originally buried in the Second Presbyterian Churchyard, Arch Street, but his body was later removed to the Mount Vernon Cemetery. 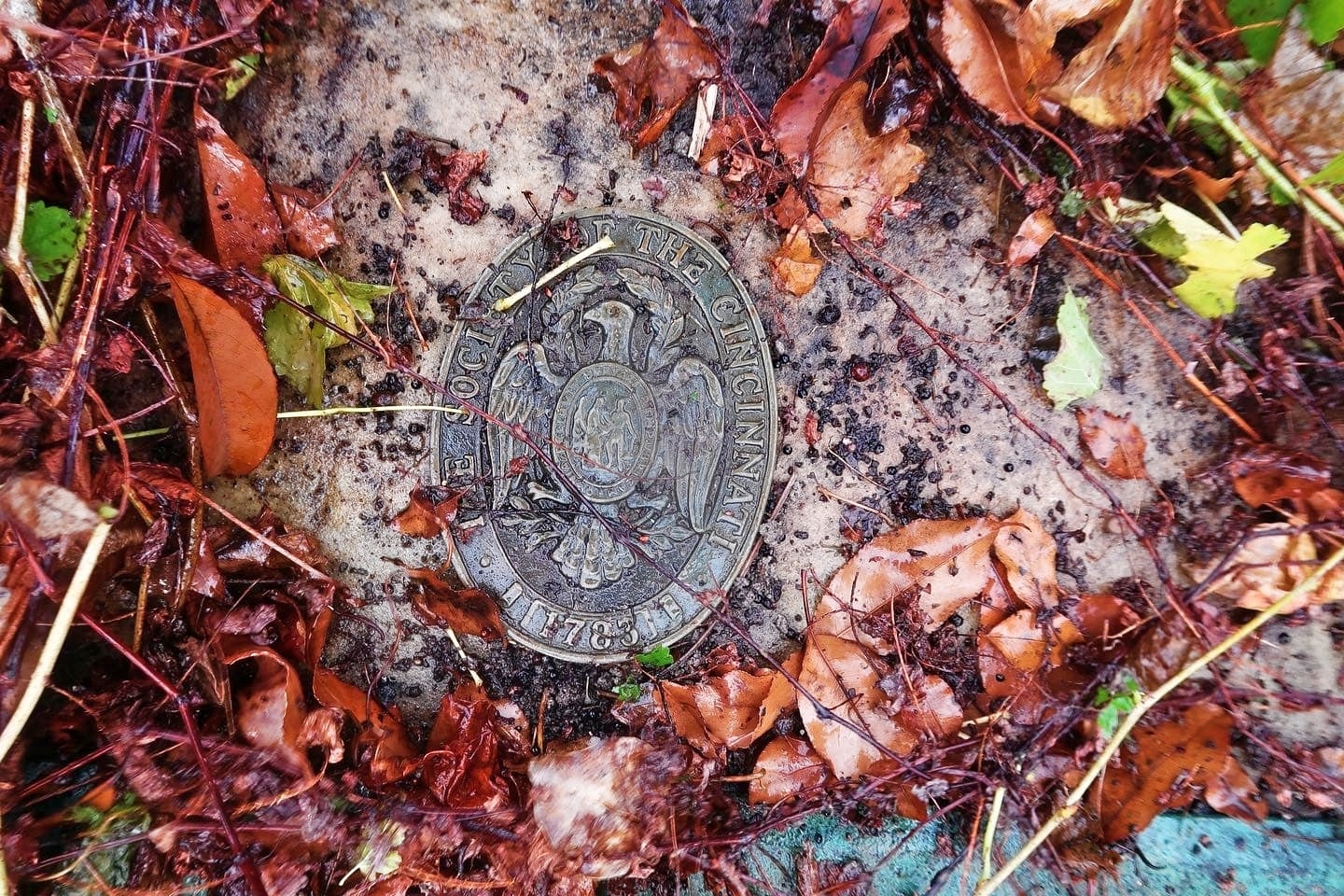 Also discovered was the grave of Job Ivins and family. Ivins is known for his famous Spiced Wafer Cookies. Job’s son Eugene headed the firm founded by his father, J. S. Ivins & Sons, a manufacturer of biscuits and crackers in Philadelphia.

Currently the cemetery is not officially opened to the public, however by volunteering you can access the grounds, lend a hand, and learn about this historical gem. Mount Vernon Cemetery is a piece of Philadelphia history that deserves preservation.

About Mark Pugnetti 3 Articles
Mark Pugnetti is a Roxborough native. He enjoys Philadelphia history, exploring the city, photography, and is an avid runner. Follow him on Facebook @RoxboroughRunner and on Instagram @pugrat.