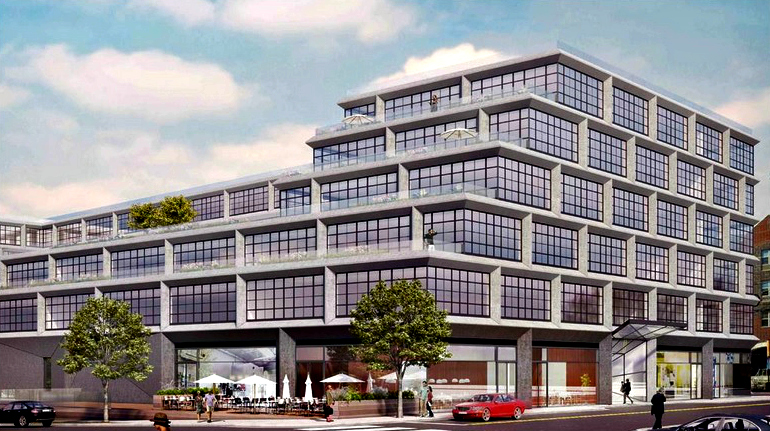 Big doings at last night’s East Falls zoning meeting. Exciting ideas, bold plans, negative NIMBY comments, and rampant optimism from a very spirited crowd. This one had it all folks. Never thought I’d say it, but this zoning meeting was — dramatic. (And caught on video — check out the highlights at the end of the post)

And, when it came to the plans for the Rivage Ballroom site (Ridge and Calumet), far-reaching in its potential effect on Ridge Avenue. There was no vote (there’ll be more meetings and a chance to vote soon enough) but the presentation was enough to glimpse a better future for the desolate corner of Ridge and Calumet. 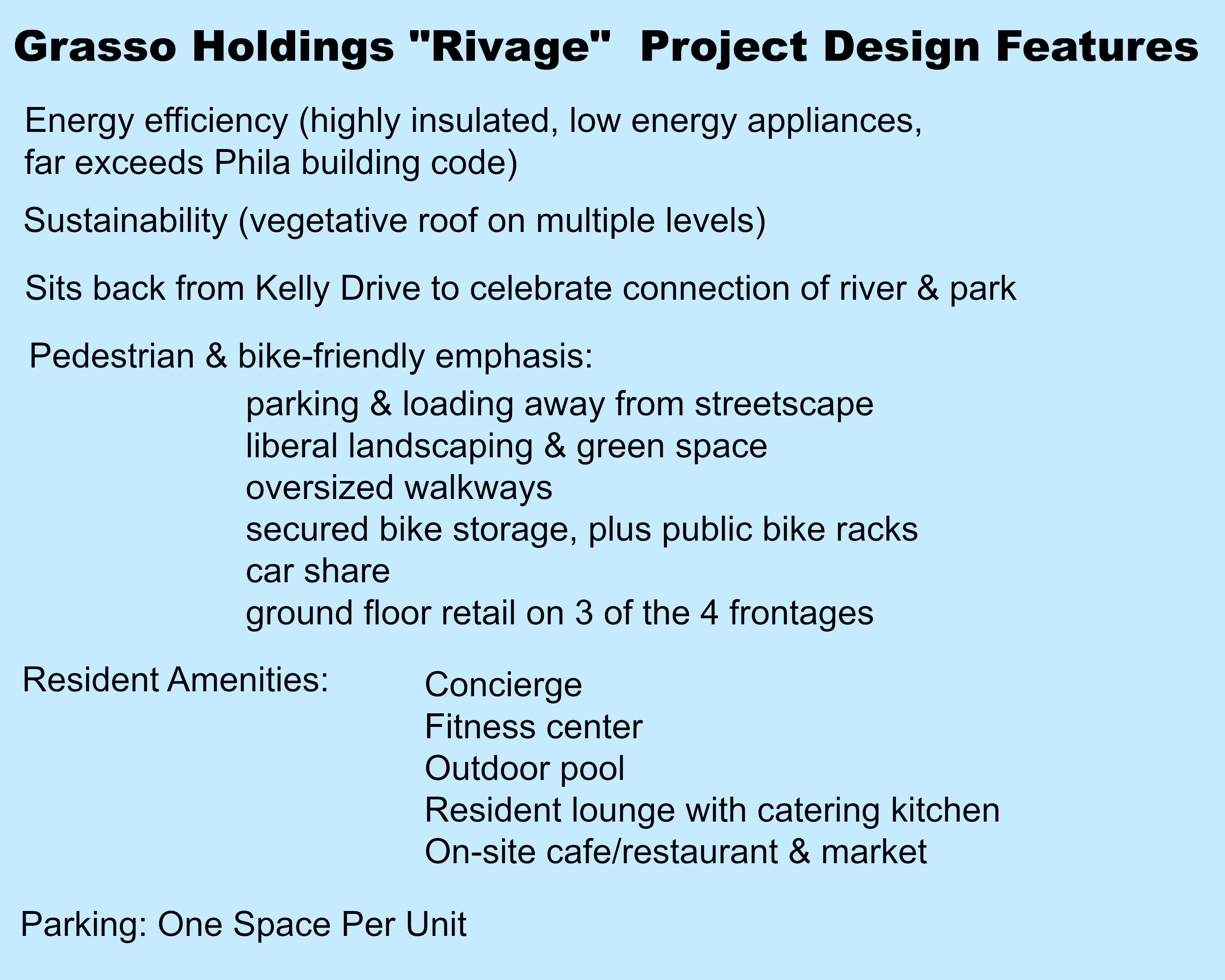 No surprise then that we woke up this morning to find several requests to recap what happened for those who couldn’t be there. We figure the video speaks for itself but meanwhile, we’ve found plenty of online chatter about the meeting from East Falls Forward as well as on neighborhood forums Nextdoor and Phillyspeaks. 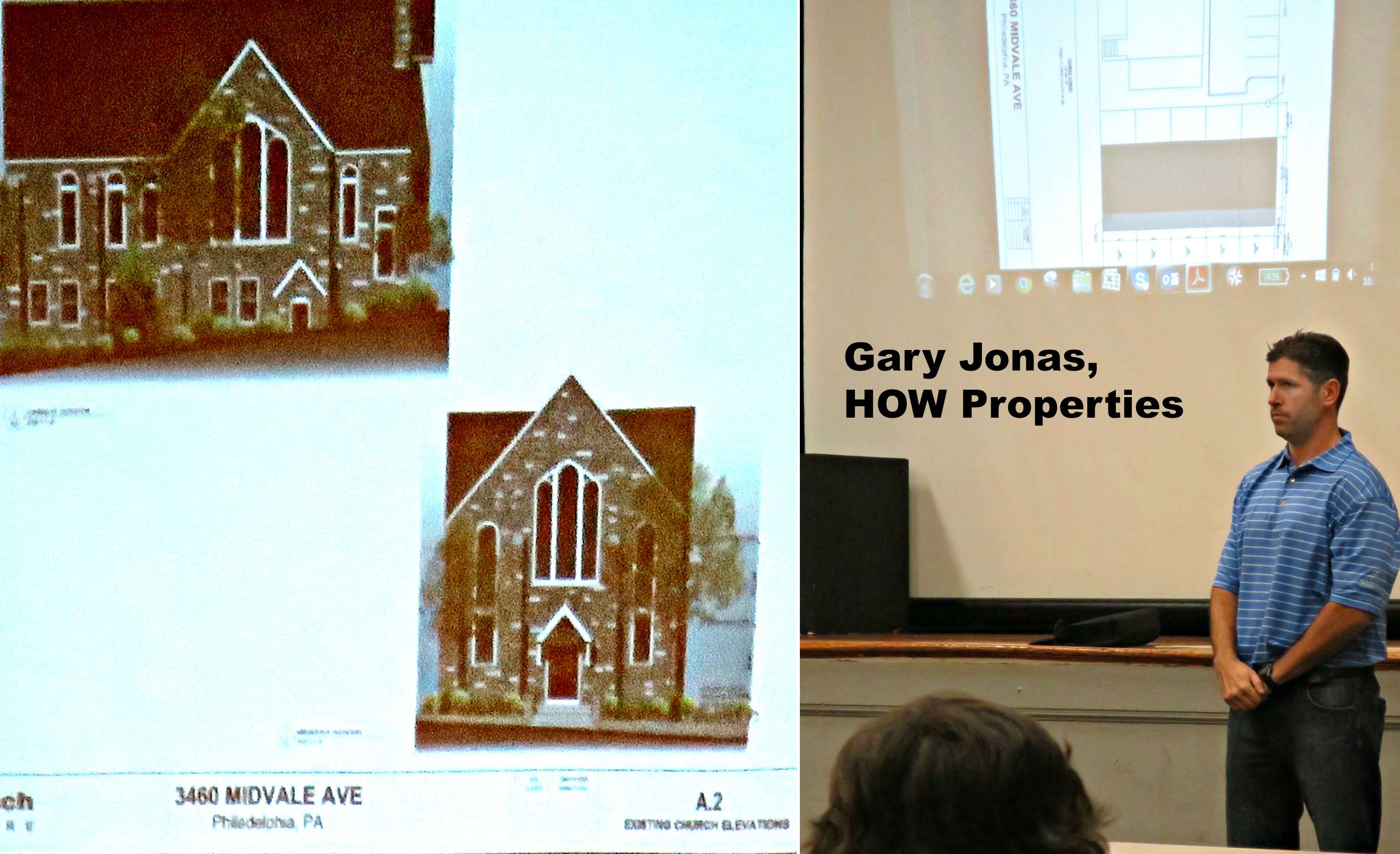 M.B.:
I went to the meeting at Downs Hall last night. How properties did a presentation on their plans to convert the church on Midvale and Conrad to apartments and build five new houses on Penn Street, followed up with a presentation by David Grasso on his Ridge Flats project.

The guy from How properties (I forget his name already) really got beat up in there last night, but handled himself like a boss. I really hope his project goes through as planned.

The choice is simple, really: Our neighborhood gets five new houses worth $400k+ and nine apartments which will most likely be rented by young professionals. This adds real estate value to the neighborhood and brings in exactly the sort of people we need to have a business district with things like coffee houses and take-out craft beer stores, rather than crappy nail salons and daycare centers.

How properties needs as much help as they can get on the variance. The parking/traffic NIMBYS can’t be allowed to dominate EVERY time. People seem to believe that it is somehow a human right to have parking directly in front of their houses. This is insane! Walk a little bit!

I liked David Grasso’s plan. As with the How properties plan, this apartment complex will bring in the sort of people we need to support and sustain a walkable “downtown” business corridor. We might even get a dog park going! Concerns over parking for people visiting the retail space are overblown, in my opinion. There is not a single part of East Falls which is outside of walking range of Ridge and Calumet. For those who insist on driving, there is parking under the bridge. It’s less than 1/4 mile from the proposed site. JUST WALK THERE, PEOPLE!

Nadya Popil:
The parking issue seems to be nothing more than an orchestrated roadblock for the progress in East Falls. Time to move on…

Heather Sparks
The parking in front of one’s house thing really amuses me. I wish I could do that, too, but there’s a bus stop there. I’ve always been able to find parking within a 30 second walk from my house. Do I prefer being closer? Absolutely! But parking a little further away from the house lets me see neighbors/check out gardens/etc. 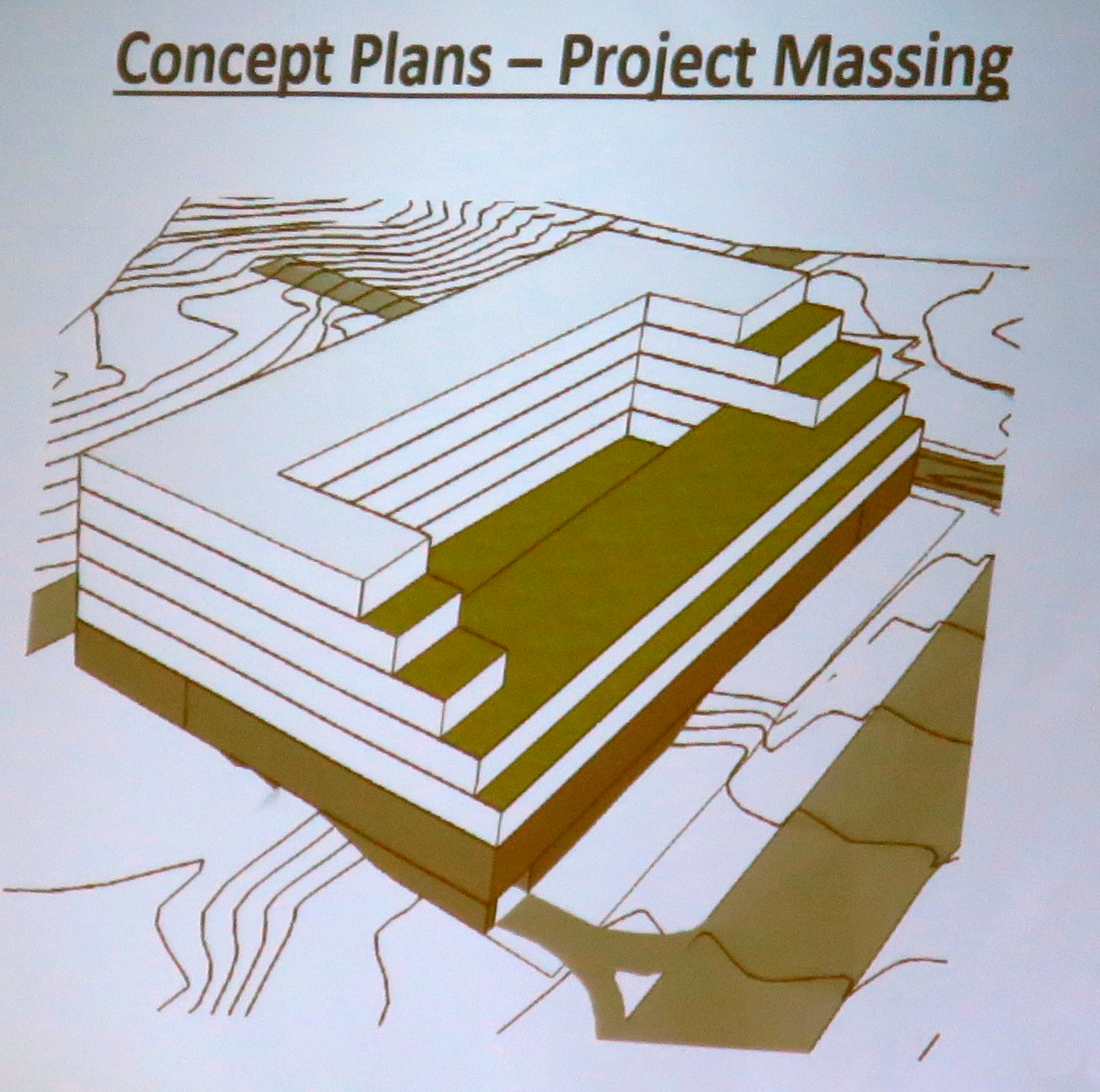 Paula Dougherty
The ONLY Time you could park on front of your home was maybe in the sixties….everyhouse has more then one car…maybe we need shuttle service to hospital to park there like center city people do. Just a thought.

EDITOR’S NOTE: Great idea Paula! Mr. Grasso did mention the possibility of something like it — a shuttle from his building to the train station, which would help alleviate traffic congestion in the Ridge corridor.

Billy Ross
I was very excited at how positive the community was about getting this built. The son with the charts and his mother who spoke up against redeveloping the site later are clearly in the minority in this community. Grasso is to me someone who appreciates the arts and he obviously wants to build something which is dramatic and has flair. I can’t wait to see what kind of operations he puts into the 15,000 square feet of commercial space in this development.

Juliet Geldi (Vice Chair)
I thought last night’s meeting was pretty encouraging for the future of the neighborhood’s business district!

Naveen Mallikarjuna
As to last night’s meeting, I agree it was very encouraging. Grasso’s plans are even better than Onion Flats’ were IMO!

Let’s Go to the Video…
Exciting stuff! But there’s more. Check out the video clips so you can see for yourself.

Redeemer Lutheran Church
First up is Gary Jonas of How Properties, speaking about his plans for the Lutheran Redeemer Church at Conrad and Midvale.

Wasn’t all rave reviews for Gary, including this aesthetic dropkick from an art critic:

And one local who’s miffed that new homeowners can count as residents?!

Not everybody bought it. Here Brendan Siltman speaks in favor of low density:

As did his mother:

But the majority of the crowd was behind Matt McClure:

Which left one question, when are you breaking ground? As early as spring, people. You heard it here. <fingers crossed extra hard>

Take a Stand for The Falls

If we’re not careful, we can lose our historic architecture. Joseph Minardi explains how we’re at risk, and steps neighbors can take towards preserving our local charm & character.  [more…]