“A Quest for Parity: The Octavius V. Catto Memorial” is Philly’s first-ever public sculpture honoring a Black American. Unveiled just three years ago in 2017, this 12-foot bronze statue at City Hall celebrates a local civil rights pioneer who became a national spokesman for voting rights. Catto’s crusade was capped in 1870, when PA ratified the 15th Amendment, which provided suffrage to black men.

Tragically, he would never live to cast a ballot. Catto was gunned down in a race war on South Street, literally as he was on his way to vote in the 1871 election. Slain by an armed Democratic party operative who would be cleared by an all-white jury.

Catto’s story doesn’t end there. 21st Century freedom fighters find inspiration in his remarkable life that overshadows his violent death. Catto wasn’t just an activist, he was a trailblazing athlete who helped establish Negro League Baseball and in fact organized the first black vs white game in history. Catto also led a successful charge to desegregate Philadelphia’s horse-drawn street cars. He was a highly esteemed educator, too — the first African American member of the Franklin Institute. He didn’t just fight for integration, he lived it.

Catto embodies the role Philadelphia played in our country’s first Civil Rights movement after the Civil War. His memorial at the Southwest corner of City Hall depicts him striding purposefully toward a ballot box, away from granite pillars that call to mind an 1860’s street car. The impactful monument highlights values Catto put forth: respect, growth, fairness, education, uplifting, and civic engagement.

On the day the memorial was unveiled for the public, sculptor Branly Cadet said he hoped it could “herald an era of harmony for us all.” Less than three years later, it’s an emblem for Philadelphians confronting police brutality and social injustice. Cadet reached out to his fans on Facebook this June to express his pride and gratitude:

Over the last few days, I have been moved by images of the nationwide (indeed, international) protests calling for justice for George Floyd and respect for Black Lives, in general. A friend sent me this image of a Sunday morning protest from the Philadelphia Inquirer newspaper.

It was my intention to design the Catto Memorial as a space for justice, reflection and hope. More than the sculpture, I credit these protesters for bringing the ideals of O.V. Catto and the design to life through their civic engagement. Their actions standing for justice and equity are hope for our future.

As we continue to reevaluate what it means to be a hero in a post-pandemic world, I say to the protesters: Thank YOU for your service. May your actions help bring forth our elusive more perfect Union.

Indeed, art appreciation has rarely — if ever — felt so vital to local democracy. Add Catto’s stirring monument to your list of Reasons You’re Proud to Live in Philly. 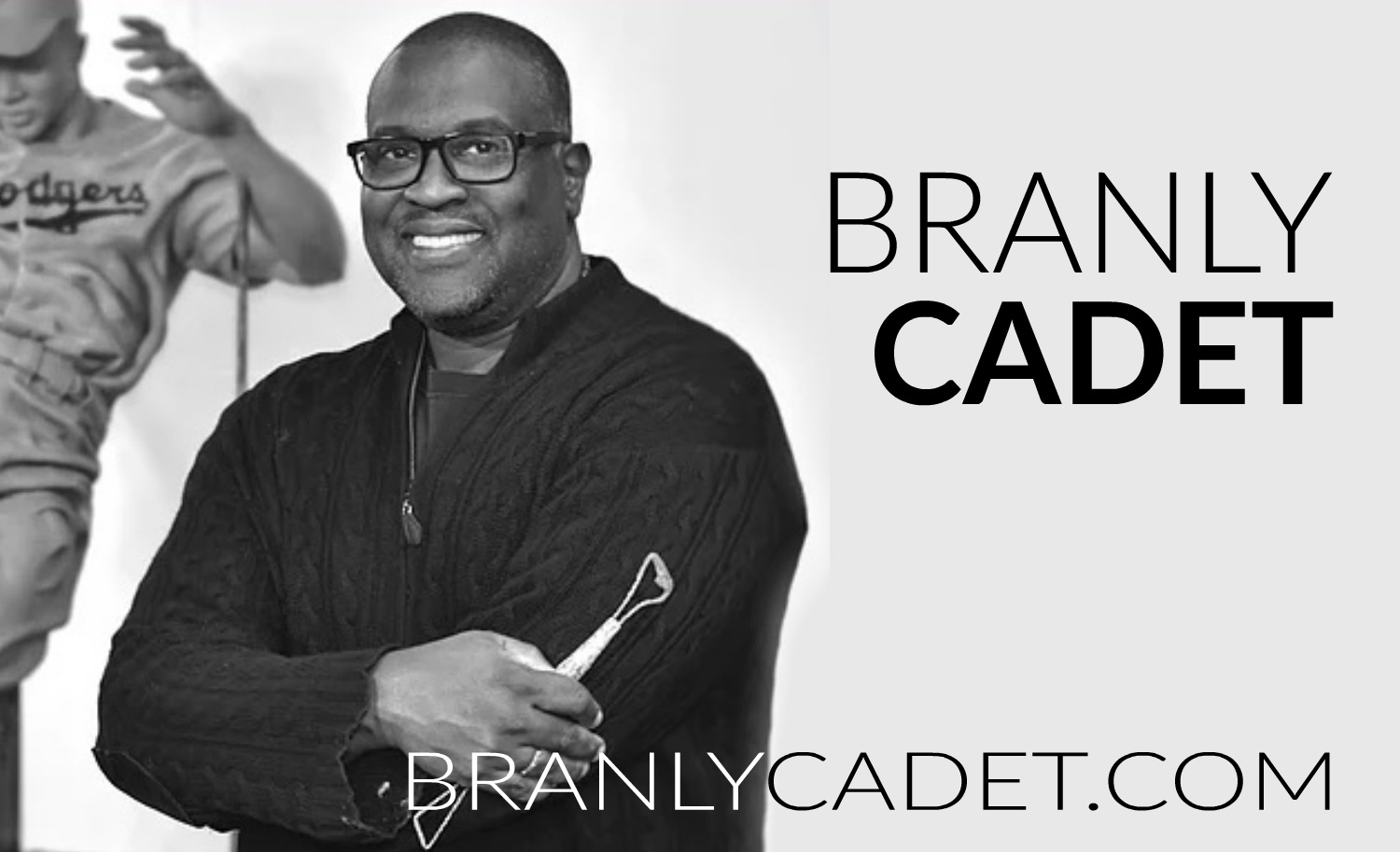 BRANLY CADET is a classically trained American sculptor and artist. He seeks to create works of art that invite aesthetic, civic and psychic contemplation. Born & raised in NYC, a descendant of Haitian metal artist Georges Liautaud.