Biden wins the 2020 Election, PA puts him over 270 — the Local’s Cory Clark was downtown for the final count.

PHILADELPHIA- We did it Philadelphia! After a hard-fought political season and four years of insanity, it was Philly that put presumptive President-Elect Joe Biden over the 270 hump and into the victor column. The vote for Biden/Harris was so overwhelming in Philadelphia there was little to nothing Trump could have done to escape its gravity, pulling in more than 80 percent of the vote for the President-Elect.

Biden’s advantage in Pennsylvania of 34,243 votes (as of 11:55 AM on 11/7) was enough for the Associated Press to call the state for him and clinch the Presidency. (For the latest count, visit electionreturns.pa.gov)

For the better part of the last few days, the entire country has been waiting with bated breath to see if Trump would be able to steal the election or if our democratic republic would be preserved.

Would Trump be able to use the courts to prevent votes from being counted or have them thrown out, as he telegraphed he would?

Would he use the right-wing extremists that he told to “stand by” to threaten, intimidate voters, or county and state officials performing the count? 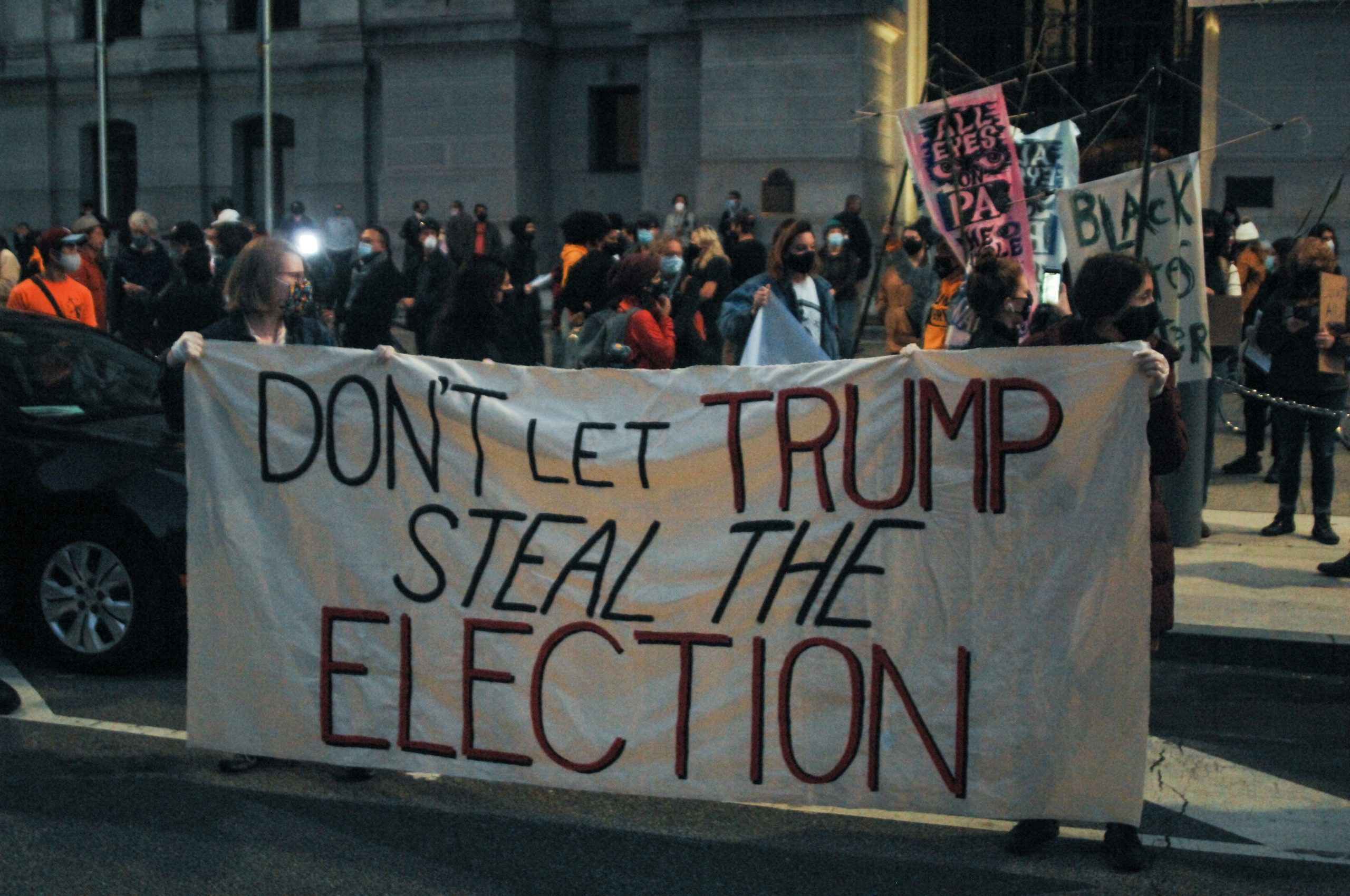 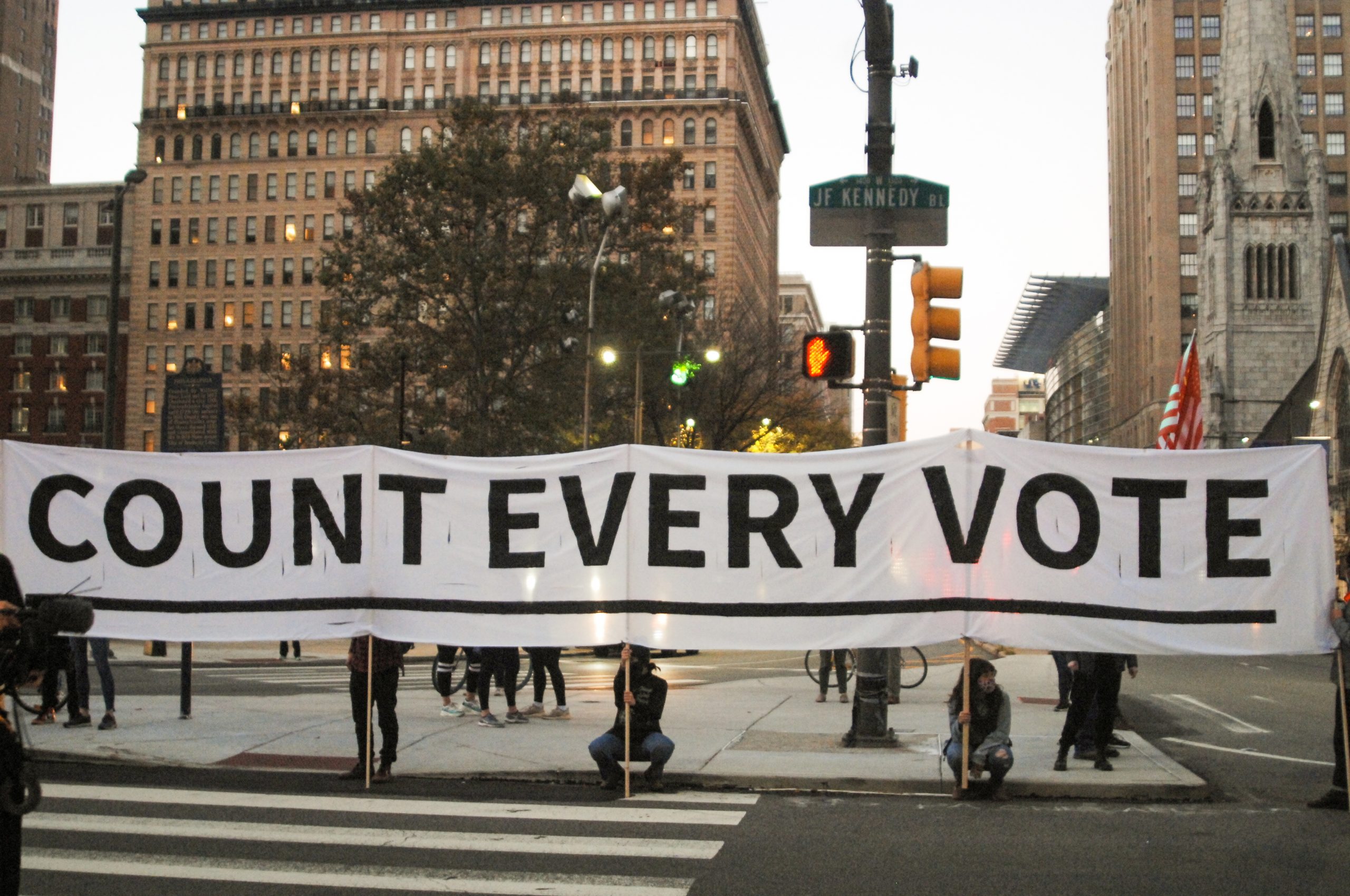 The answer to both is that he tried, plus at least one demand for a recount that won’t change a thing, a false claim of fraud. He also falsely claimed to have won the election long before all of the votes had been counted and having done the same for several states he lost.

None of these insane attacks on Americans’ right to have their voices heard or to delay the counting has worked.

Trump has only made one public appearance since his 2 am election night absurd proclamation to have won the election, and that was only to spout more nonsense. While Biden has regularly spoken publicly to call for calm and patience.

Biden had multiple paths that would have pushed him over the 270 Electoral college votes needed to clinch the win. Georgia and Nevada being the most likely to help him over after Pennsylvania.

In the end, it was Pennsylvania that threw him over the line and Philadelphia locking it down for the President-Elect. We couldn’t have done this alone, Pittsburgh, Harrisburg, Erie, and their suburbs helped us pull this off.

After our long summer and the pain of the killing of Walter Wallace and all that ensued over the last two weeks, Philadelphia has stayed in the streets to fight for our votes to be heard. We refused to be intimidated by right-wing terrorist groups like the Proud Boys who were in the streets to intimidate poll workers and activists pushing to ensure every vote be counted.

We refused to be gaslighted by the president who for the last four years sought to make himself a dictator, we knew his lawsuits were frivolous at best, his statements were the rantings of a scared, weak, delusional man preparing to be caste from power and to face the criminality of his business practice if not his time as president. 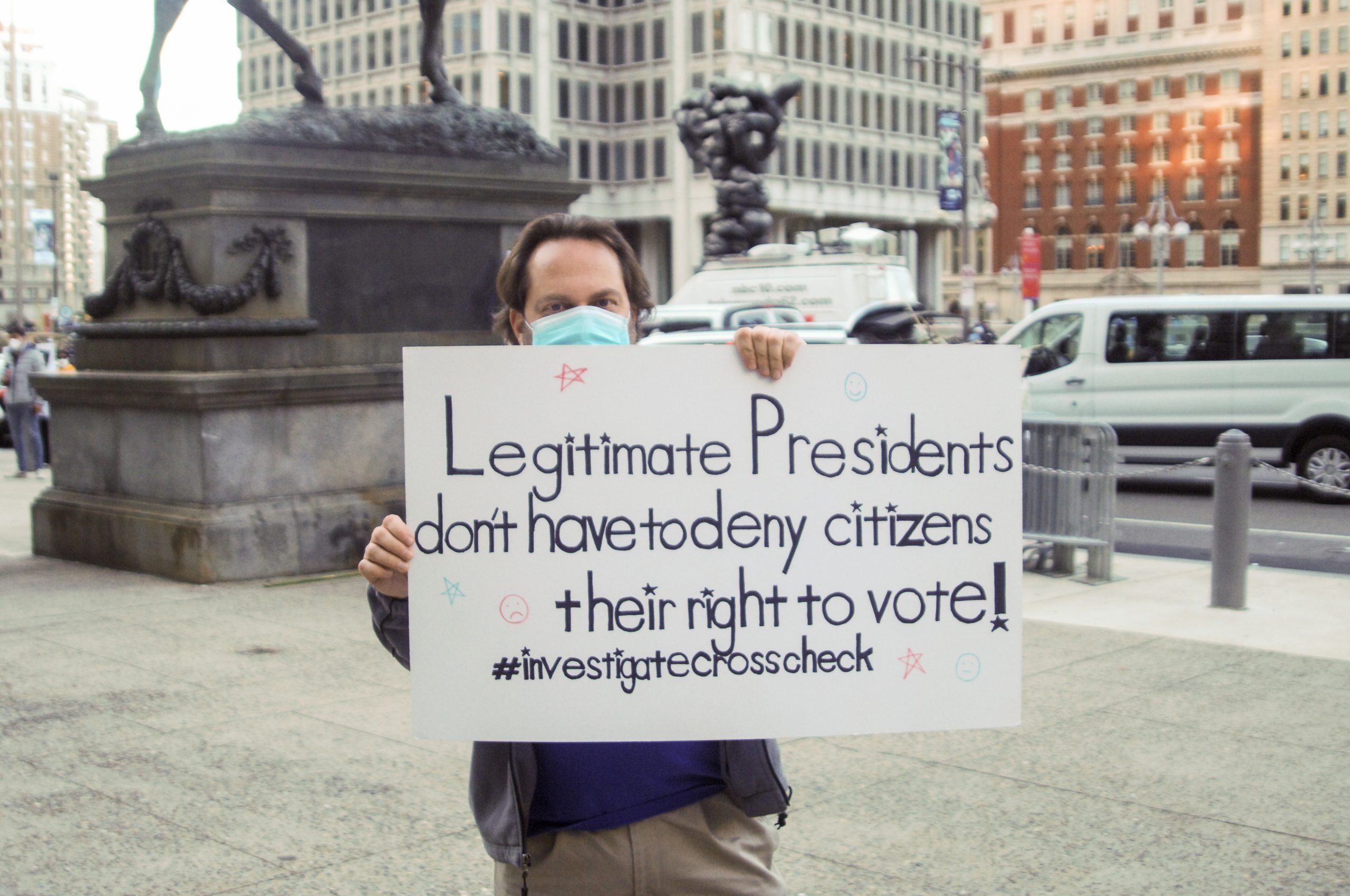 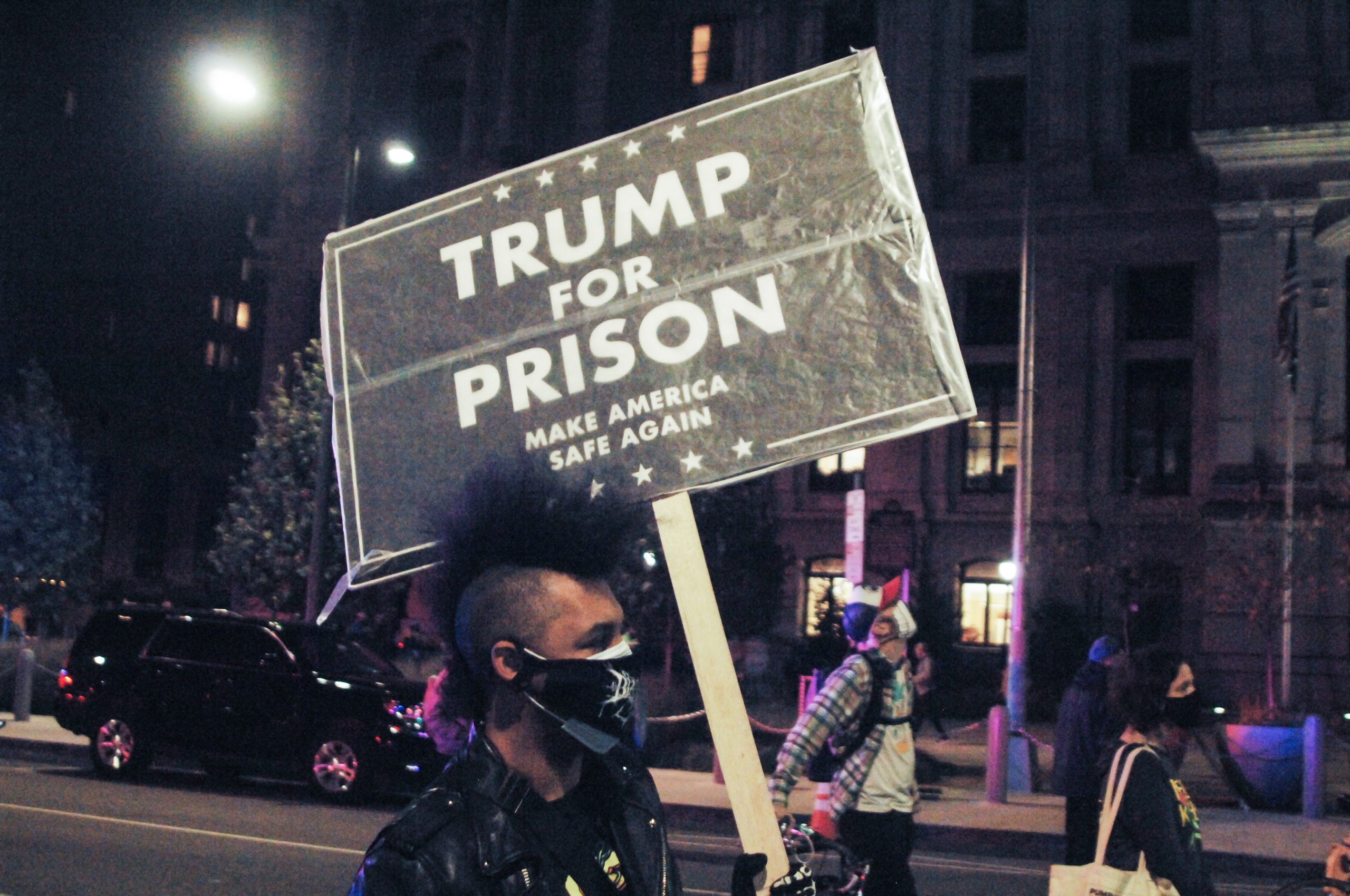 Having won the White House is a good start but this election is also showing us the flaws of the Democratic establishment and its centrist proclivities. Democrats may not take the Senate and barely held on to the house.

Who knew “I’m not trying to be a dictator and or uphold democratic norms” wouldn’t bring about the democratic blue wave that should have happened after four years of extremist right-wing policies and a skewing of the Federal Judiciary to include the Supreme Court that will take nearly a generation or more to correct if ever.

It’s okay though, they were afraid and so were we and in our fear we beat Trump and allowed Trumpism to continue to plague our land, so now we must step out of our comfort zone and continue to stay in the streets.

We need to continue to expand our networks, tweak our messaging so that we can help those in rural Trump-held counties understand how progressive policies would make their lives better.

We need to continue to hold all of our elected officials accountable for those bad policies and the failure to enact the policies we want to see for our communities. 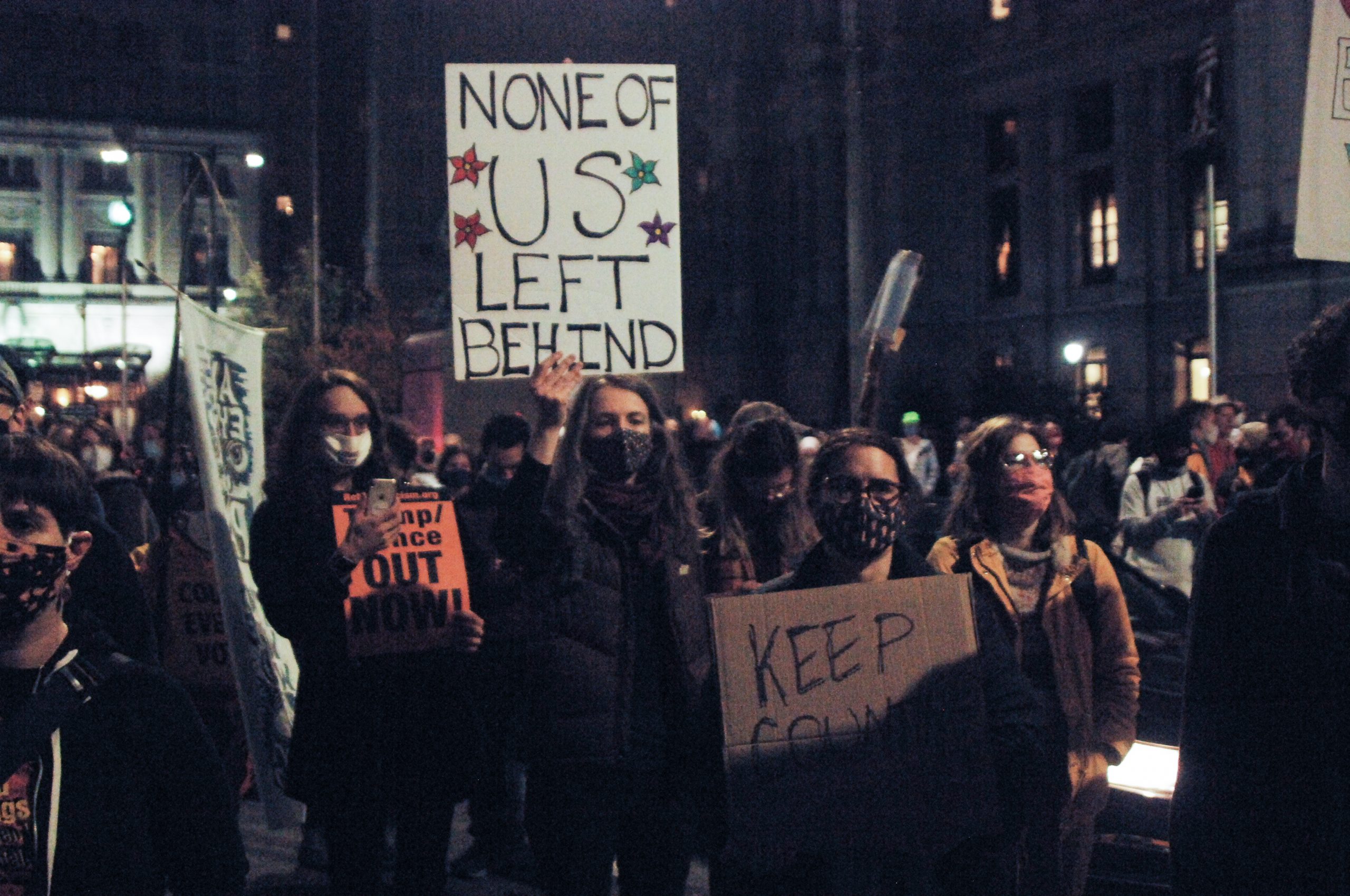 Now, let’s pat ourselves on the back, then get back to work, we have a long way to go!

About Cory Clark 4 Articles
Cory Clark is a Photojournalist and writer focused on Human Rights and other social issues. His work can be found in hundreds of media outlets from Philly Magazine to Fortune. He has been a long time freelancer for Getty Images, The Associated Press, and Association French Presse. Cory, his wife, and son are residents of East Germantown.

On the Good Foot