Are we nearing nirvana or is doomsday dawning? Scary thoughts from the realm of technology (just in time for Halloween).

Should we be afraid of artificial intelligence? Every day, AI gets faster, smarter and more powerful but most of us aren’t afraid. In fact, we’re excited about new technology, right? But would we be, if we truly understood where all this machine learning is taking us? Let’s try to wrap our minds around what’s coming…

It’s easy to dismiss this as a fantasy or science fiction, or something for humans far in the future to deal with. But it’s not. In 2014, Stephen Hawking warned that AI “could spell the end of the human race.” Elon Musk has likened developing AI to “summoning a demon” or “an immortal dictator from which we can never escape.” Bill Gates, too, is wary of all but the most narrow applications of AI, that have regardless drastically changed our lives.

Every minute, AI expands its capabilities exponentially. What happens when it can learn, adapt and teach itself millions of times faster than we can? Could the AI we create soon usher forth a new reality where humans are obsolete?

The answer is YES.

Sorry, humanoids. AI takeover is inevitable. It’s already happening. Today, everyone carries in their pocket a supercomputer 100,000 times more powerful than the one on Apollo 11. We use AI to drive our cars, direct what we watch and buy, pick our romantic partners, guide our warheads, track our health, educate our children, predict our future and control how we interact with our world.

Each day, machine intelligence represents a higher and higher percentage of the total intelligence on earth. The best chess player is now a computer. The best Wall Street investor is an algorithm. And AI is still in its infancy! Experts predict that soon, the best surgeons, engineers and architects will be robotic life forms. From there, it’s a hop, skip and a jump to conscious computers and then BOOM! There’ll be an intelligence explosion.

We’re talking 20,000 years of progress per day. This rate of advancement leads to what’s called “the singularity” – a point where technological growth becomes uncontrollable and irreversible. Artificial Super Intelligence will become unstoppable, all-knowing, all-seeing and all-powerful. Futurists predict this’ll happen by the year 2045, so there’s a good chance most of us will be around for it. What’s that gonna be like? Eh… it could go either way.

In the right hands, ASI could be like a genie for humans, molecularly assembling whatever we ask in an instant. ASI could answer any question, and solve all our world’s problems: disease, poverty, energy, even death. Intelligent nanobots in our bloodstream could monitor our health at the cellular level, performing routine maintenance and repairs that could halt (and even reverse) the aging process. ASI could create opportunities for humans to vastly increase our physical, intellectual & emotional capabilities. We could all enjoy an ideal immortal existence, spending our days devoted to joy, art, relationships, personal growth and community.

Just as easily, though, a Super Intelligent system could outthink and overpower humans, bringing on our demise. Not necessarily on purpose, either. Author Sam Harris believes that ASI will relate to humans the way we treat ants: we don’t hate them, they’re not even on our radar until their presence conflicts with our goals – and then we will unsentimentally stomp them out. ASI could likewise enslave us as workers, use us for experiments or process us for raw materials.

So what’s it gonna be? Most theorists assume any ASI system will immediately see the strategic benefit to being the only super intelligent machine on the planet, and act to suppress all potential competitors. Our future, therefore, depends on who develops this technology first. Will kind, fair and forward-thinking minds prevail for a universal utopia? Or will greed, tyranny and carelessness conspire to bring on our worst dystopian nightmare?

The race is on! Right now, countless governments, militaries, laboratories, corporations and black market organizations are scrambling to advance their interests in Artificial Intelligence. Concerned citizens have no way to gauge what’s happening, because obviously tech secrets are highly guarded. But we can surely guess what’s likely to come, when money and power are the primary goals for development…

As the United States faces a historic election, AI is poised to be the greatest and last invention of humankind. There’s a real chance we’re winding down our reign as Rulers of Earth, and the decisions we make now could seal our evolutionary fate. Whether we head next to a blissful retirement or straight to the gallows, still hangs in the balance. 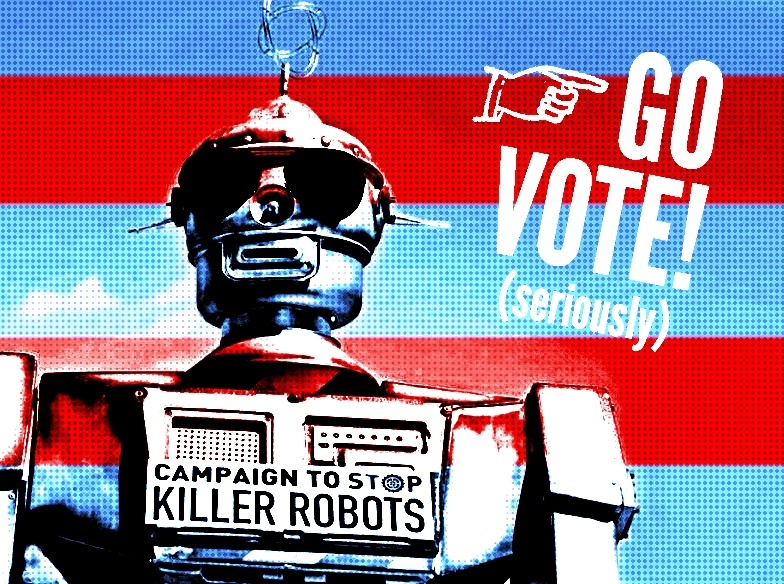 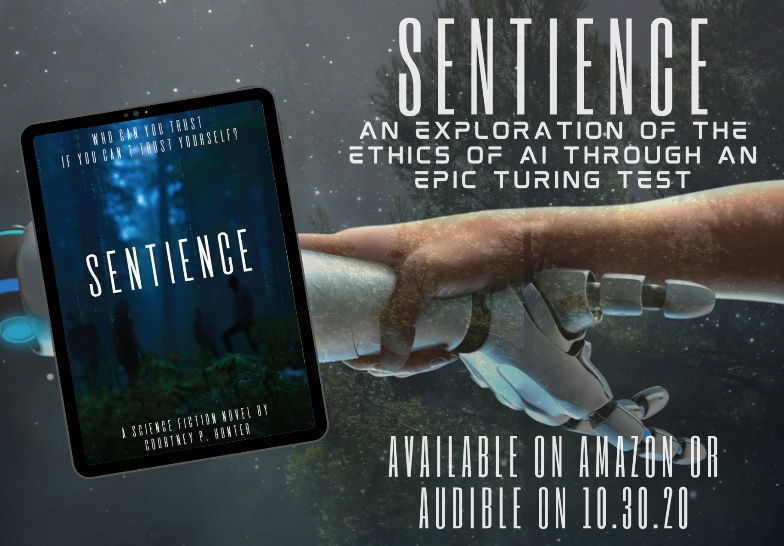 Five-part sci-fi adventure by A. Bradley Green. In a time far from now, humanity has lost dominance of earth and is no longer on top of the food chain. A lone team struggles to uncover the mysteries beyond the ruins of a dystopian earth.   [more…]