Inclusiveness is not a threat to Free Speech

Listen up, snowflakes. “politically correct” is a flawed concept.  Stop using it to punish me for speaking my truth when it offends you.

And stop throwing that term back at me, when I ask you to think about the words you choose to engage me. If that sounds contradictory, you need think about what you’re saying when you call someone “PC.”

Because PC is a joke – literally. An old Commie term that Liberal college professors took up in the 70’s to mean someone had “drunk the Kool-Aid” of the Establishment. As universities started including more women & minorities, “politically correct” became a way for conservative white male professors to mock changes in policies and curriculum as unfair and frivolous.

These guys wrote books and articles about how “politically correct” eggheads were killing Free Speech on college campuses and closing the American mind. Before long, the Media was stoking fires about PC gone amok in our schools and public places. They reported every exaggerated claim and crazy rumor for ratings – like the nursey school in England that banned “Bah Bah Black Sheep” because it’s racist (fake news!). 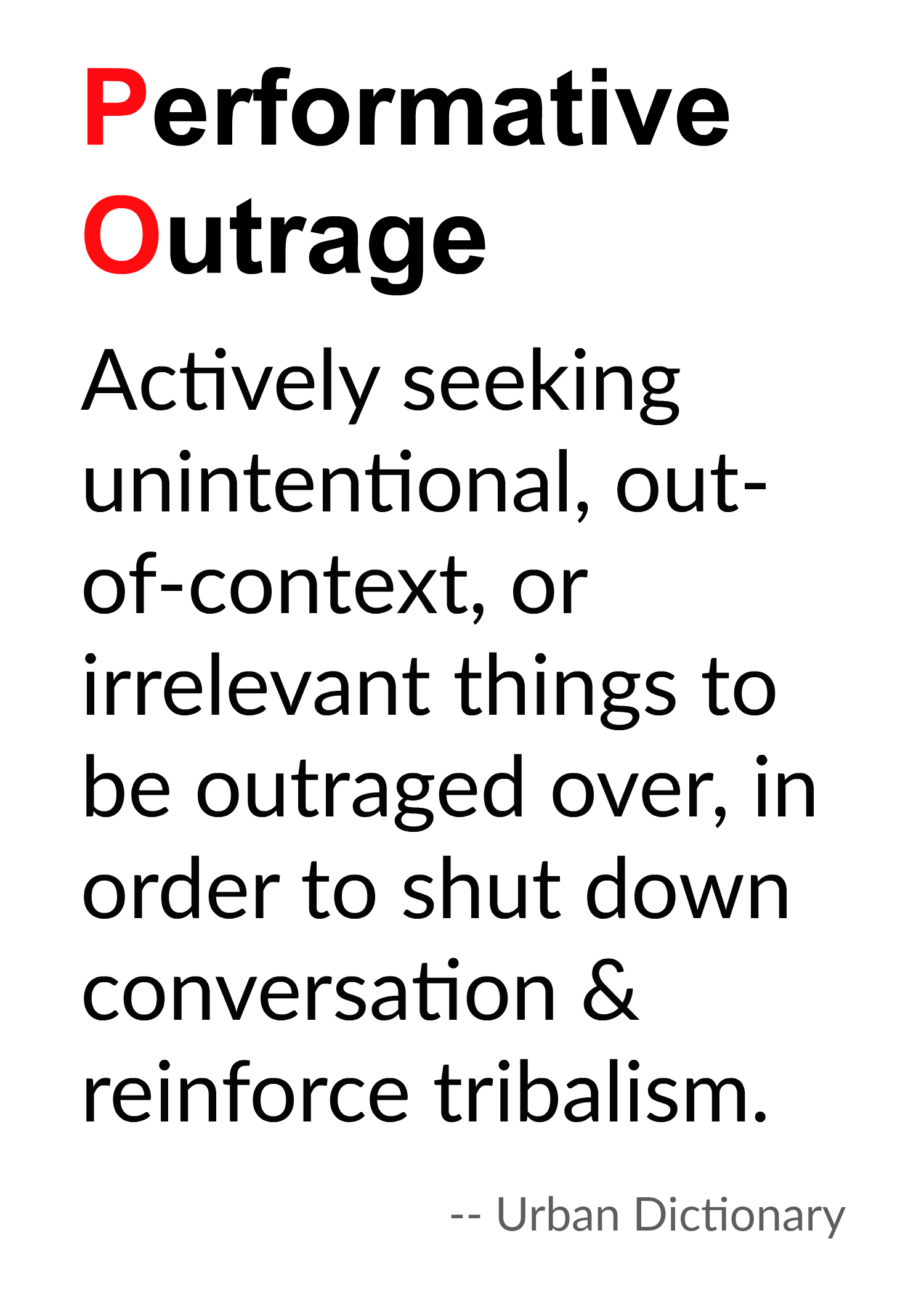 Today, “politically correct” basically means “party pooper” to a generation of Free Speech fans who get off pretending they’re victims of a world gone mad. “PC” means you’re a crybaby – or worse, you’re actually looking for ways the white male patriarchy could possibly offend you.

“PC” is a put-down. A slur slapped on activists and educators legitimately advocating for equality. To be called PC is to be minimized and undermined. And to call yourself PC? That basically means you can’t handle conflict.

To hell with PC! It’s a distraction technique so people don’t have to face uncomfortable truths. A handy shortcut from cluelessness to closedmindedness.

When I correct you on how you refer to me, that is not an unreasonable request. I am not asking you to agree with me politically. I am asking for basic human decency. I have a preference, and I exercised my right to voice it.

This is important: being corrected is not the same as being shamed. You may have been misunderstood but just as likely you may have biases you are unaware of. Here’s an opportunity to learn something and engage with another perspective. We both lose when you over-react as if I’m attacking when I am not.

Can you see how dysfunctional PC is? My needs are dismissed, my attempt to connect is rebuffed and furthermore I am a jerk for making you feel bad.

PC drives a wedge between people of different viewpoints, preventing them from having honest conversations about important issues. We all don’t magically know how to talk sensitively on all topics  – with PC there’s unrealistic pressure to choose the “right” words or else face doom and ridicule.

PC gives people an excuse to give up on connecting before they even try. From there, it’s a hop skip and a jump to telling another American to leave the country, if they don’t like how you talk.

PC is prudish, elitist, courteous, unoffensive, censorious, obfuscating and inauthentic. All of these are enemies of the truth, and distractions from the work we must do to achieve equality for all. We don’t need a “PC culture,” we need an inclusive society.

Let’s stop the whining on both sides, and cooperate on a better world for everyone.

Falls Taproom has closed and the neighborhood is bummed. (But not, evidently, all that surprised.) [more…]