What’s the hold up here? 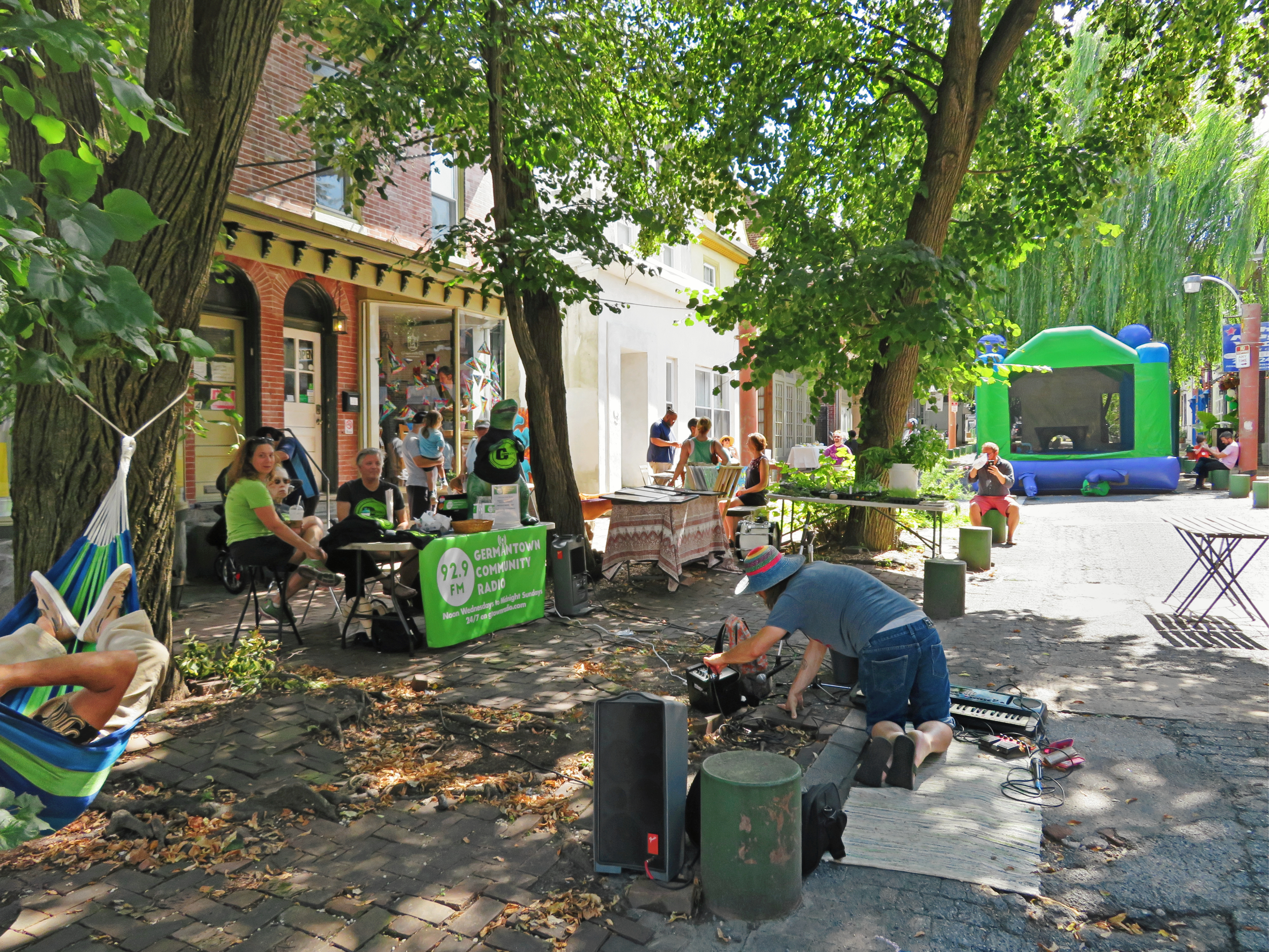 Ironically, when the City designed Maplewood Mall in the 70’s, their goal was to create an urban shopping destination – the first one in Philly, as our planners flirted with the concept of pedestrian shopping streets. A few years later, Center City would try closing Chestnut Street to traffic for 10 blocks downtown.

That only lasted six years, before businesses started panicking from lack of foot traffic, loss of customers. The City brought cars back in the evenings, but that wasn’t enough to save these isolated commercial corridors. Shops & restaurants shuttered through the 80’s, the area felt desolate and dangerous. By 2000, the “Transitway” experiment was over. Today, Chestnut Street is as lively as ever. 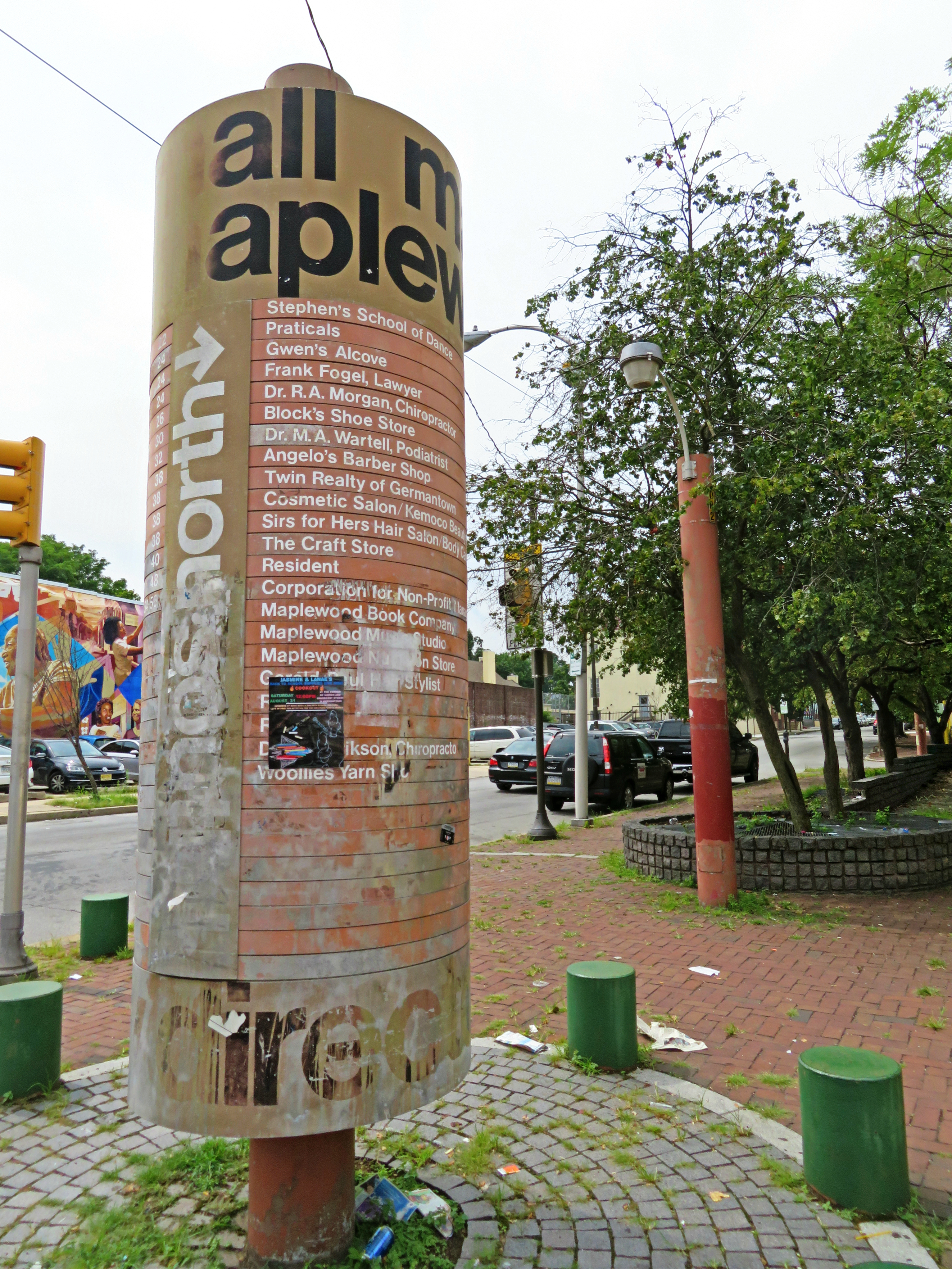 Maplewood Mall’s businesses also suffered from the pedestrian-only design, but here we are in 2019 with a dated prototype of what we’ve known for at least 20 years is a failed model. Such a shame, to waste so much potential: great bones, leafy trees, historic architecture, super location near parks, Market Square, the Avenues… Unique shops like ‘Spro, Books & Stuff and Maplewood Health Foods.

These businesses that are holding on here deserve better. Why hasn’t the City funded a makeover to help reinvigorate commerce here?

But they have. In 2018, the City announced a $3.3 million grant to remake Maplewood Mall with a “community approved” theme that nods to the location’s early roots as a lumberyard in the 1800’s. Construction was supposed to begin in spring of 2019. Neighbors, however, are not holding their breath.

“We’ll believe it when the city trucks pull up!” a member posted on a recent Facebook thread seeking word on the project’s timeline.

A business owner added, “They came by recently. Told us the bid for the work is being put out and would start this year. To me it sounds like they’ll probably start next spring,” he added, “That’s barring any further interruptions, which I’m not confident they’ll be able to avoid.”

“Agree,” another neighbor chimed in, “Just about anything can happen between now and spring. I’ll believe it when I see it. (And come back to eat those words, even! 😊 ) 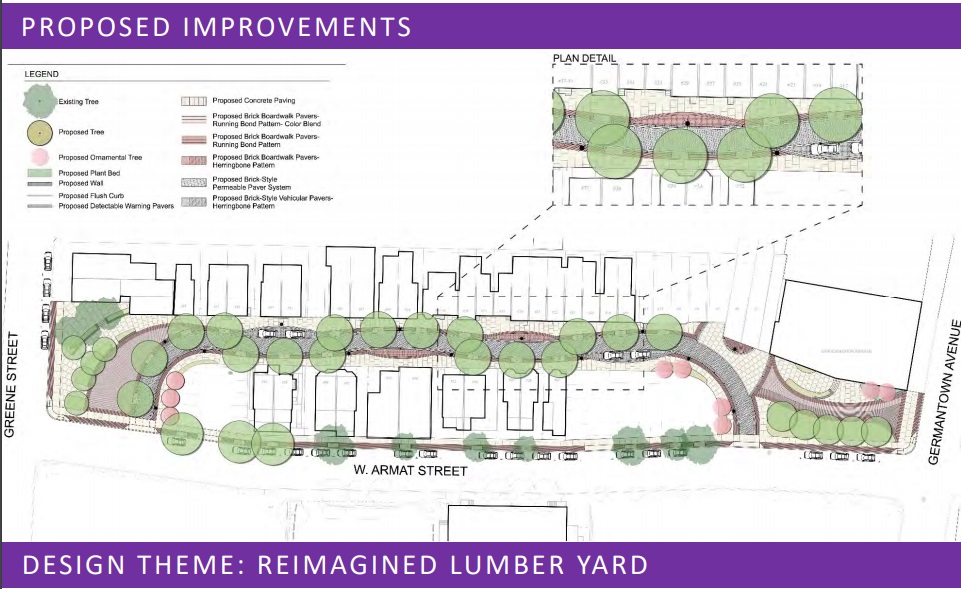 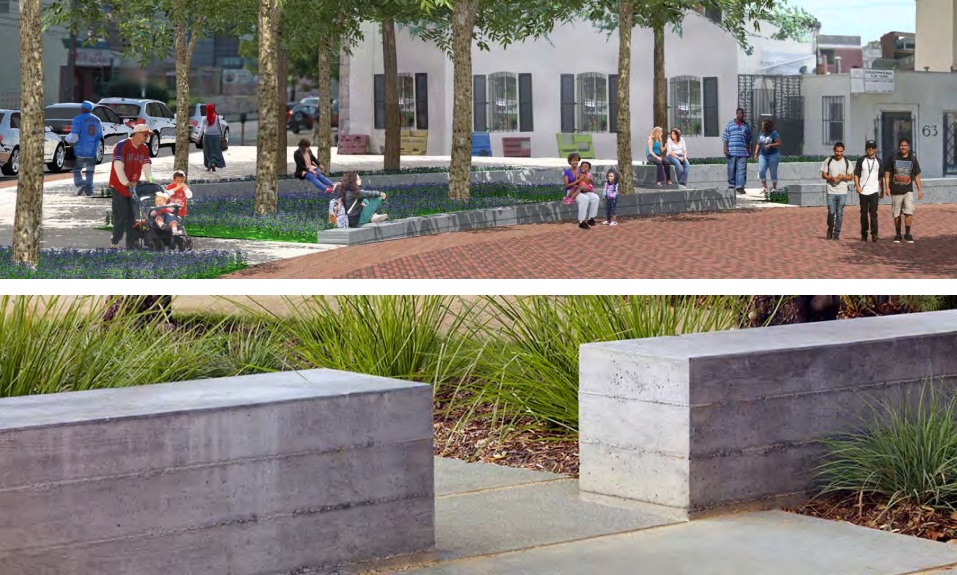 Why so skeptical? Seems folks have been waiting for this remake since 2013, when Councilmember Cindy Bass and State Rep Stephen Kinsey announced a $2.2 million revitalization initiative here that would include the whole community. Their first and (as far as we can tell only) meeting followed over a year later, when 60 neighbors came out to help “re-imagine” Maplewood Mall. They even started a Facebook page.

Ground was supposed to break in early 2016, but by spring of that year the date was pushed back to 2017. More than a million dollars has been added to the funding, too — the new design includes signs, landscaping, and repaving plus restoration of brickwork around the plaza. There’ll also be new bus shelter for the busy #23 on Germantown Avenue.

And room for cars! With its upcoming facelift, Maplewood Mall will finally reconnect to the surrounding community. Till then, neighbors are crossing their fingers and trying not to get too discouraged.

“I feel more confident since they reached out to home and business owners on Maplewood,” someone else added.

Is there a case for cautious optimism about Maplewood Mall? As always, Germantown seems to be hoping for the best while keeping their expectations at zero. At least this way, when the construction tape starts going up, we can all be pleasantly surprised. 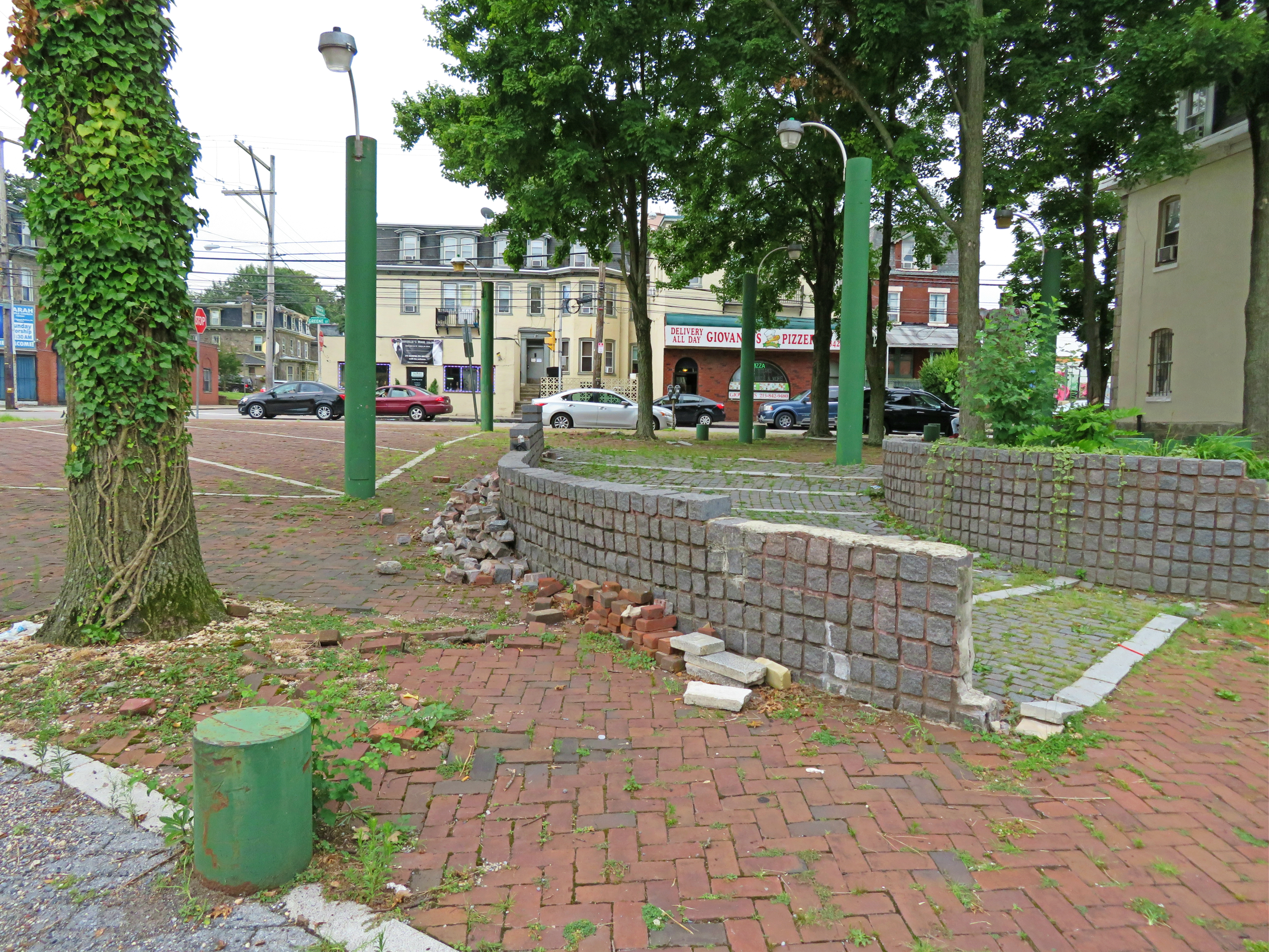 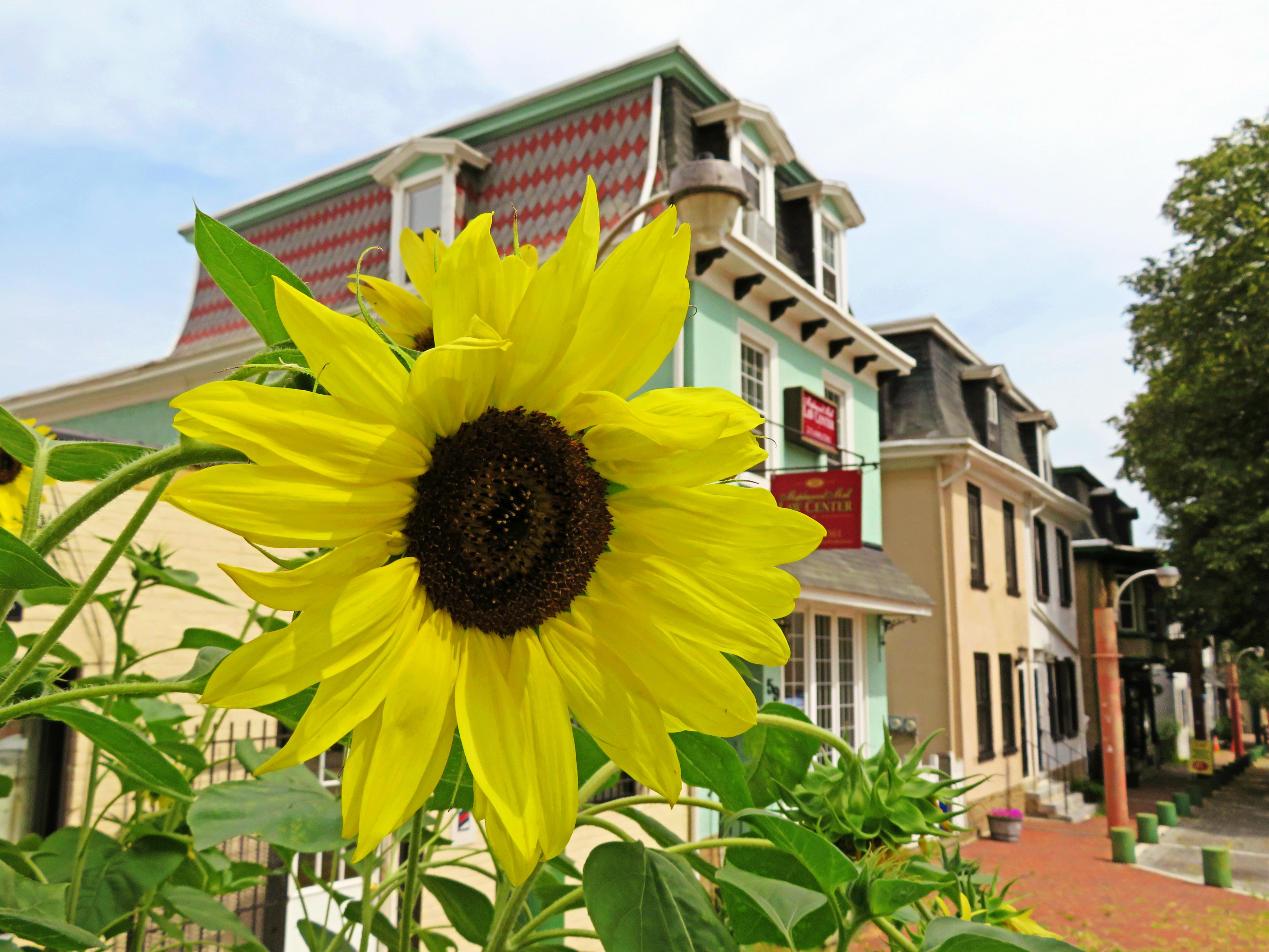 Community members are understandably frustrated, wondering who to believe and what is going on. Wouldn’t it be great if there was a system to keep neighbors informed about actual progress as the project moves forward? A timeline where we could watch our tax dollars at work, every step of the way.

It’d be a nice change, but until something happens, don’t shy away from this throwback shopping square with great coffee, multi-cultural books, hot fresh roasted peanuts and some of the nicest regulars you could ever meet.

Rescue Adventures: Lucky Lives Up to His Name

Episode One: A stray dog shows up on Bowman Street with a bum wheel and no tags. Neighbors rally! Social media fires! Heroes swoop in to save the day, in this East Falls true drama that’ll make your heart soar. [more…]