Dreaming of a new revolution — updated after the statue was vandalized on Columbus Day 2022. 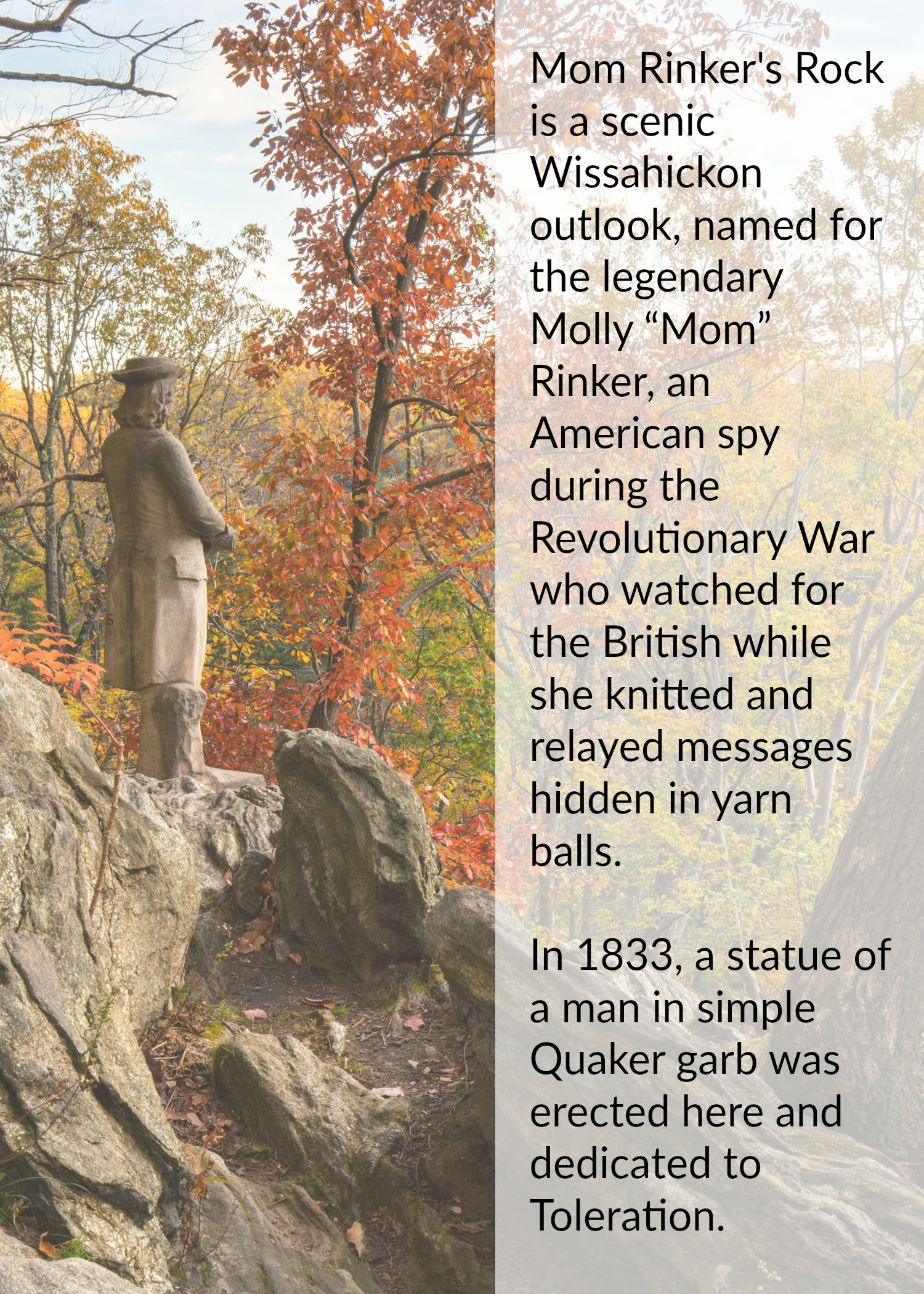 My rock. Mom Rinker’s rock.* Home of the Witch of the Wissahickon. Revolutionary spy. Barmaid. And yet they erect a statue of the land grabbing Quaker here, preaching Tolerance to all he lords over: the polluted creek filled with its tainted fish, the Forbidden Drive, no longer the road of soldiers and thieves, but now of spandex clad bicyclists with their incessant battle cry of On Your Left!

How easy it must be to claim tolerance when you are rich, white and a man, not knowing what it is like to be the victim of intolerance, forever labeled a witch because you are a strong, smart woman, thrown into the Devil’s Pool to float in guilt or sink in innocence. I sank like a stone. And yet here I am, 239 years later, still haunting these woods, this city, while the men who believed me drowned and gone forever, remain dead – cold statues across the city, helpless and still, reminders of their failed revolution and the need for a new one.

But now is not the time for Bill’s peaceful toleration, or Washington to cross the river based on information I risked my life for. It is time for a different kind of revolution, against these new oppressors and fools, the very descendants of Jeffersons, Adams, and Madisons, worse than the British and Hessians we killed.

We will do it right this time, won’t be deceived into fighting for those privileged men, born into aristocracy. This time we will fight for us, those excluded from the Declaration I once fought so valiantly for, foolishly believing at the time that the word “men” would eventually become “humans.” I know better now.

So off I go, on my trusted broom, proving the charges against me and the futility of their misogynistic trials, searching for victims and soldiers on the city streets below, dropping curses like bombs into the lives of the 1% – addiction and loneliness. Impotence. Audits. They are easy to find, drinking Champagne with their mistresses at La Veranda, eating steak at a sidewalk table across from Rittenhouse Square, sneaking into Delilah’s Den.

Now that the seeds of their downfalls have been planted, I see my new army, in Kensington, on Passyunk Avenue, North Philadelphia, 13th and Pine. The kids with their skinny jeans and bicycle helmets adorned with Bernie stickers. The young man outside the William Way Center, debating whether to go in. The mother with three daughters, walking down Girard Avenue, wondering what the future holds for them. The boys playing basketball under a full moon on Lemon Hill. The farmers who plant tomatoes and greens in abandoned lots. The women on their aluminum chairs on the sidewalk, grateful for a night as beautiful as this, despite the gunshots in the distance.

It is your time now. Your city. The birthplace of revolution and freedom. Grab your guns and brooms. Your pens and brushes. Your sledgehammers and pitchforks. It’s time to take this city and country back. One bastard statue at a time.

On October 18th, the Anarchist Federation website posted an anonymous email they received, claiming responsibility for defacing the Toleration statue:

“On Columbus day, in the early morning we vandalized a colonizer statue on the Wissahickon trail. Phrases included: Decolonize, Land and Freedom, No Borders, No Nations, No More USA, (A). We also covered the colonizer’s face, hands, and scroll in red paint. Fighting colonization is a way to nurture a less hierarchical relation with the land and those that live on it.”

To date, there’s been little media coverage of this act of vandalism, and no suspects or arrests have been reported. This is a developing story. 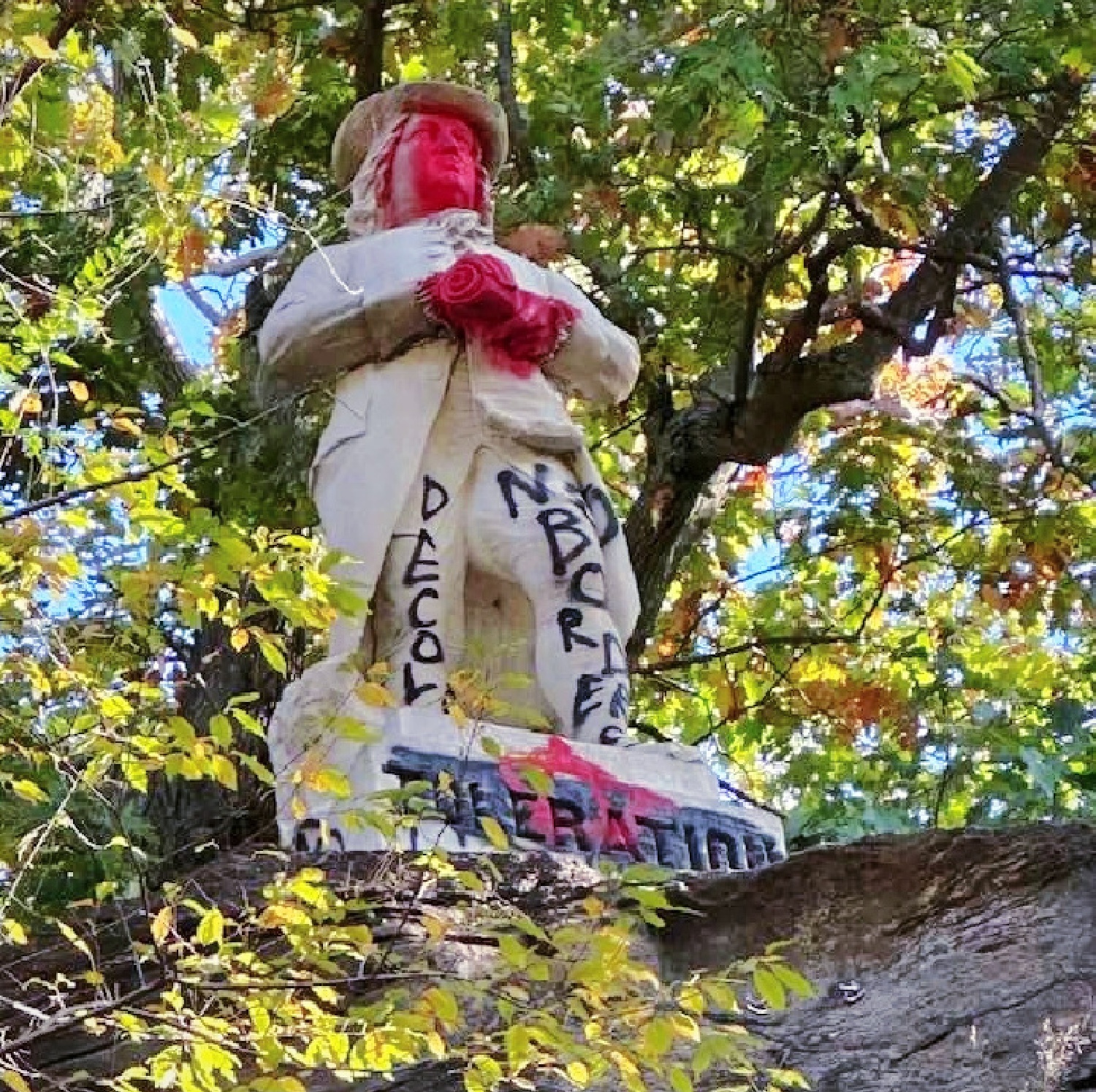 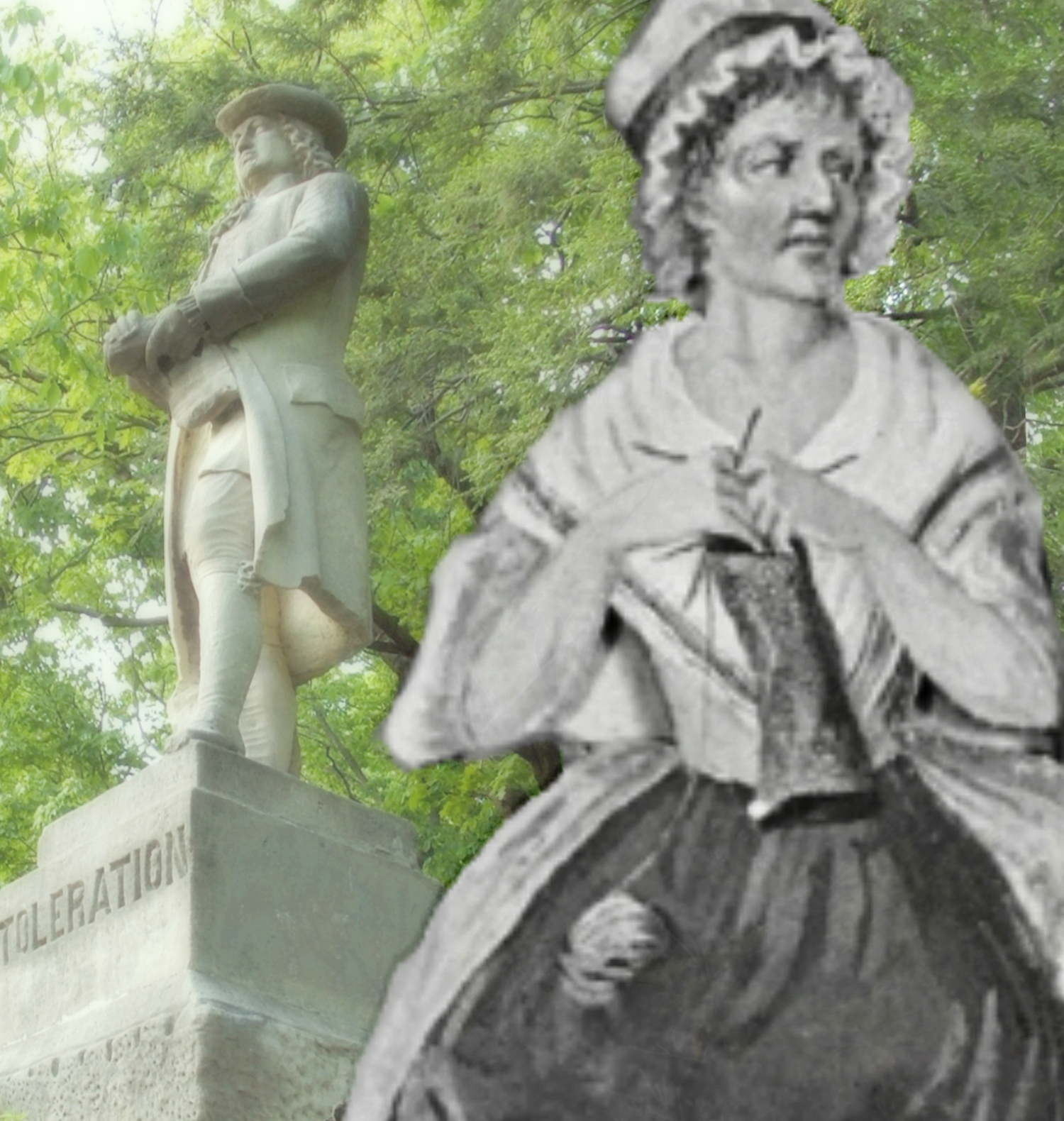 * (Editor’s Note) Mom Rinker’s Rock is a scenic outlook in Fairmount Park along the Wissahickon Creek. The name is derived from the legend of Molly “Mom” Rinker who was thought to be an American spy during the Revolutionary War. About the time of the Battle of Germantown (1777) and the occupation of Philadelphia, she regularly did her knitting perched atop the rock overlooking the Wissahickon valley. From that vantage point, she could see British troop movements and hid messages in balls of yarn which she dropped to American spies hidden in the rough terrain below her. Other stories speak of a witch who “road to the moon on a broomstick; drank dew from acorns; had an evil eye that soured the neighbors’ milk, and who ultimately fell from the Rinker’s Rock cliff and was killed.” (Source: “The Story of Philadelphia” by Lillian Ione Rhoades. 1900)

Avoiding Lyme (and Other Nasty Stuff) This Summer [more…]

Dogs may be geniuses at biological warfare but they suck at keeping secrets. [more…]