Take off all your blinders about racial inequality and Climate Change. Dr. Woodson on why we should be fired up and fighting back.

You think this summer’s been hot? Wait’ll next year. And the next one after that. It’s only going to get worse, with all the pollution we keep pumping out. A big study published in June predicts monthly record-breaking heatwaves for almost 60% of the globe every single year through 2100 if we don’t reduce greenhouse gas emissions right now.

Q: Which countries in the world will suffer worst?

If you said the poor brown ones, give yourself a star. Africa, South Asia, Latin America… Most people in these places depend on the food they grow to stay alive. When crops wither in severe heat, there’s famine. Throw in some drought, dust storms and fires, too.

And it’s not just the heat, it’s extreme weather of all kinds: flash flooding, hail, hurricanes. Which brings on disease, power outages, even warfare, as factions fight over limited resources. Populations are decimated!  The sick joke is that these struggling countries contribute barely 10% of the greenhouse gases wreaking havoc with their homes.

Even sicker: when desperate families try to get the hell outta Dodge – sorry! The rich white nations most responsible for climate change have immigration policies blocking refugees from these so-called “Third World” countries. The UN calls this “Climate Apartheid,” and it’s not just happening on foreign soil. 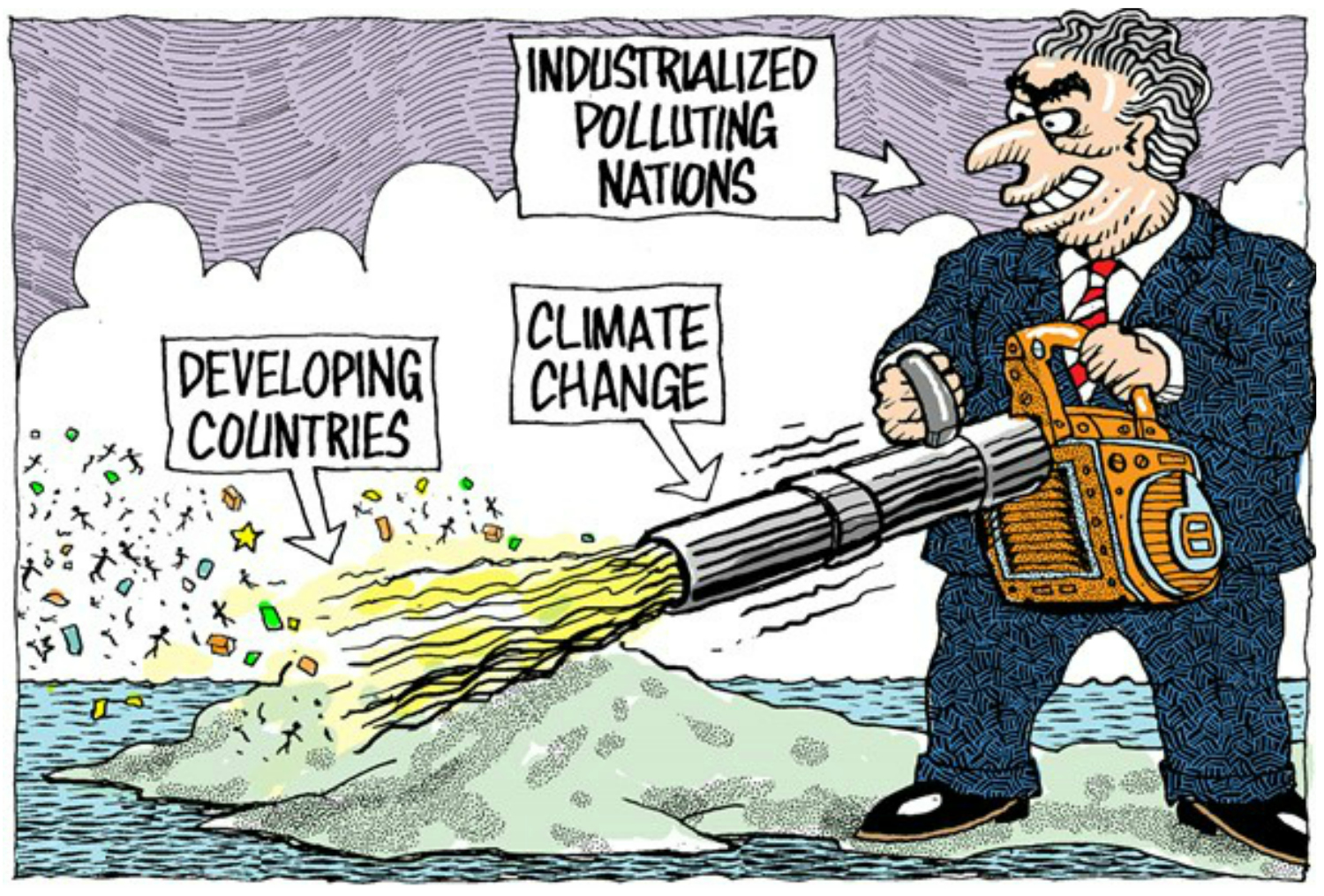 Right here in Germantown/Nicetown/East Falls, we’re Ground Zero for fossil fuel pollution from SEPTA’s Gas Plant, which was rubberstamped by City Council in June and is almost up and working now. Childhood asthma rates in the area are already 4 times the national average. And they’re putting a gas plant across the street from the Kroc Center – where kids play?!

This is a residential neighborhood – how is that wise? These things have been known to explode. Why do we have to pay for the City’s cheap energy?

If you said yes, thanks for paying attention. No gold star for rhetorical questions, though.

Poverty and racial inequality are a matched set. Take a walk around NW Philly. Where white folks live, you’ll find trees, parks, fresh food options, residential roads. The more black & brown faces you see, the closer you’ll be to factories, highways, dumps, and industrial sites. We might all live in the same city, but many of us live very different lives – and deaths.

Pollution kills! And it’s also linked to mental health issues, learning disabilities and higher crime rates. Yet SEPTA is investing in this dirty, outdated energy source to feed new growth from gentrification as quickly and cheaply as possible. We all pay with our health and safety, while moneyed Millennials move into their luxury townhomes on the green side of town.

We’ve seen this shit since Columbus: steal land, destroy it, exploit and displace its people for profit. The Nicetown gas plant is just one more example of our corrupt and abusive system that degrades human lives, squeezing out every last cent for an entitled, privileged few.

Enough! Where is our District Council member? Why are we not investing in renewable energy? Why aren’t we building affordable, energy-efficient housing? How about a safer, cleaner city everywhere, not just the rich parts? How about asking commuters if they’d be cool with a slight fare increase, so city kids can breathe? 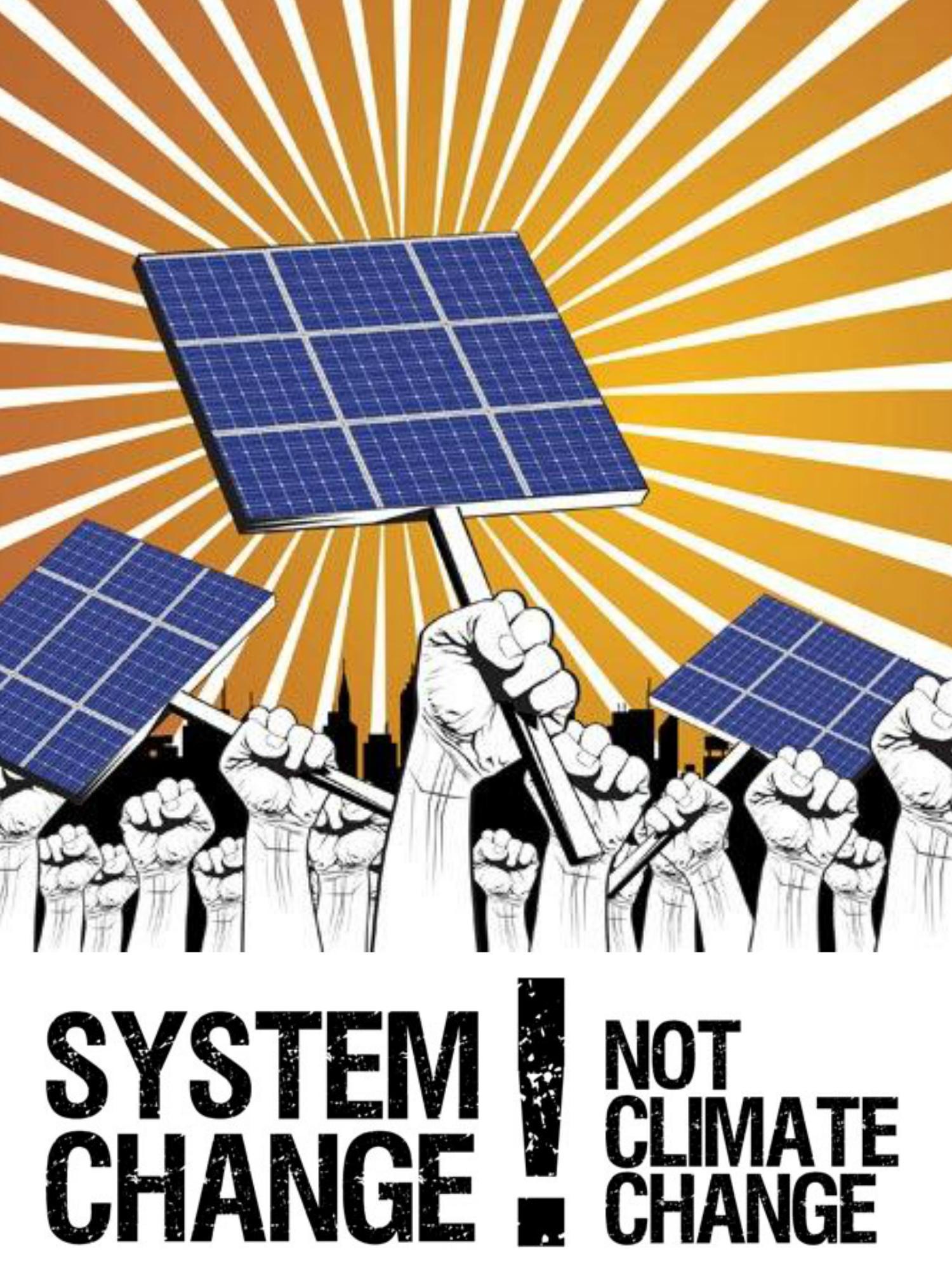 I’ll leave you with a final thought: when the climate collapses, race won’t matter. The 1% can buy whatever they need –bunkers, boats, planes, water, firefighters, security teams, rocket ships to Mars  – to skirt any disaster. And they sure as hell won’t be sharing with the rest of us. We need to work together now to save our families, our communities and our environment.  Peace.

Join Neighbors Against the Gas Plants on Facebook (or visit their website) for info, rallies, protests and legislation.

UPDATE — The only thing surprising about this headline is that the author thinks there’s a chance Fossil Fuel barons will ever be held accountable: Big Oil and Gas Kept a Dirty Secret for Decades. Now They May Pay the Price  (The Guardian, 30 June, 2021).

Read more about how our unsustainable Capitalism model depends on the exploitation of millions of humans and the destruction of our planet at storyofstuff.org.

Coronavirus might offer the greatest lessons of our lifetime. [more…]