East Falls neighbor George Anderson wakes us up to 5G’s assault on our health, environment and privacy.

(Important: we are not a scientific journal and the views do not necessarily represent the views of this website or publication. Thanks! — editors)

Well the other night I happened to catch an old episode of Hogan’s Heroes. Remember that show? A 1960’s comedy sitcom set in a WWII German Prisoner of War camp. The joke was, the “prisoners” were actually spies and agents for the Allies.

In this episode, Colonel Klink – the camp’s inept Nazi commander, who the prisoners easily manipulated — was being considered for a transfer, possibly to be replaced by a competent officer. Hogan and his crew could not have this! When they learned Klink needed to pass a physical exam for his promotion, they plotted how to make him sick overnight. Their plan? Deprive him of sleep. They took shifts to make sure he never nodded off.

So my story begins with a question: How have you been sleeping lately?

Because every night, when our brains try to turn off from all the digital noise we inflict on ourselves through the day, we’re still being bombarded by microwaves. With wi-fi and smartmeters everywhere, the electromagnetic assault never stops. And now with the advent of 5G technology, the threat is about to increase exponentially.

The FDA and the FCC both scoff at the idea that high-frequency microwaves can hurt us. But then, the US military has been experimenting with weaponizing them for decades. Not just our side, either: dozens of American diplomats in Cuba & China have suffered baffling ailments (including irreversible brain damage) since 2016 – and microwaves are the prime suspect.

Experts are citing increasing reports of an eerie phenomenon known as the “Frey effect,” named for the American scientist Allan Frey who discovered microwaves can trick the brain into perceiving sounds, apparently by vibrating the ear drum. People can hear buzzing, ringing, humming – even spoken words. But while radio waves can stretch over a mile in length, microwaves are no longer than a foot (many just a fraction of an inch). Studies suggest they’d need to be concentrated and beamed at specific, localized targets to be effective.

Wouldn’t you know?! 5G will require an army of “small-cell antennas” deployed about every 500 feet – like one per city block. That’s more than double the density required for 4G technology. These 5G antennas are only about 4 feet tall, and are affixed to streetlights, utility poles and even on the ground (where they’re sometimes disguised as mailboxes). They’re right in our living space and they’re active 24/7.

But there’s big money in wireless technology – some estimates project 5G will pump twelve trillion dollars into the global economy. The last major network upgrade was 4G in 2009;  5G offers speeds over ten times faster. You can download a Hollywood movie in less than one second! Think of the implications for streaming, gaming, video conferencing, the Internet of Things… No wonder the official word from our government is to pay no attention to what we cannot see.

Furthermore, our leaders insist, there’s a big difference between “ionizing” microwave frequencies that muck with our DNA (like sunlight & xrays) and 5G’s “non-ionizing” radiation, which is too weak to cause cellular damage.

But what about other potential harm? And the cumulative effect as all these phones, routers, laptops, remotes etc add up? Even just the oxidative stress of these waves bouncing around our environment could cause inflammation, immune reactivity and other systemic imbalances that could lead to cancer, diabetes, neurological diseases and possibly even psychological disorders.

True story: the device used to scientifically measure microwaves is called a Radio Frequency (RF) meter and I bought one. I’ve counted over 27 sources of microwaves invading the typical neighborhood rowhome, often from all sides. If you live in a multi-family complex, the problem is obviously intensified with individual meters, routers and ports.

Welcome to the Microwave World folks – how are you feeling? How’s your sleep, your energy, your mood? When you look at the world, how do you feel? What’s changed in recent years…? What if there’s a physical cause for our volatile and divided social landscape?

I’m not saying I have all the answers, folks. I’m just a guy who watches Hogan’s Heroes. But the more I learn about 5G (and RF radiation in general), the more I think we need to slow down when it comes to high-intensity microwaves. Belgium, Switzerland, the Netherlands are all taking steps to monitor (and possibly limit) 5G’s impact. 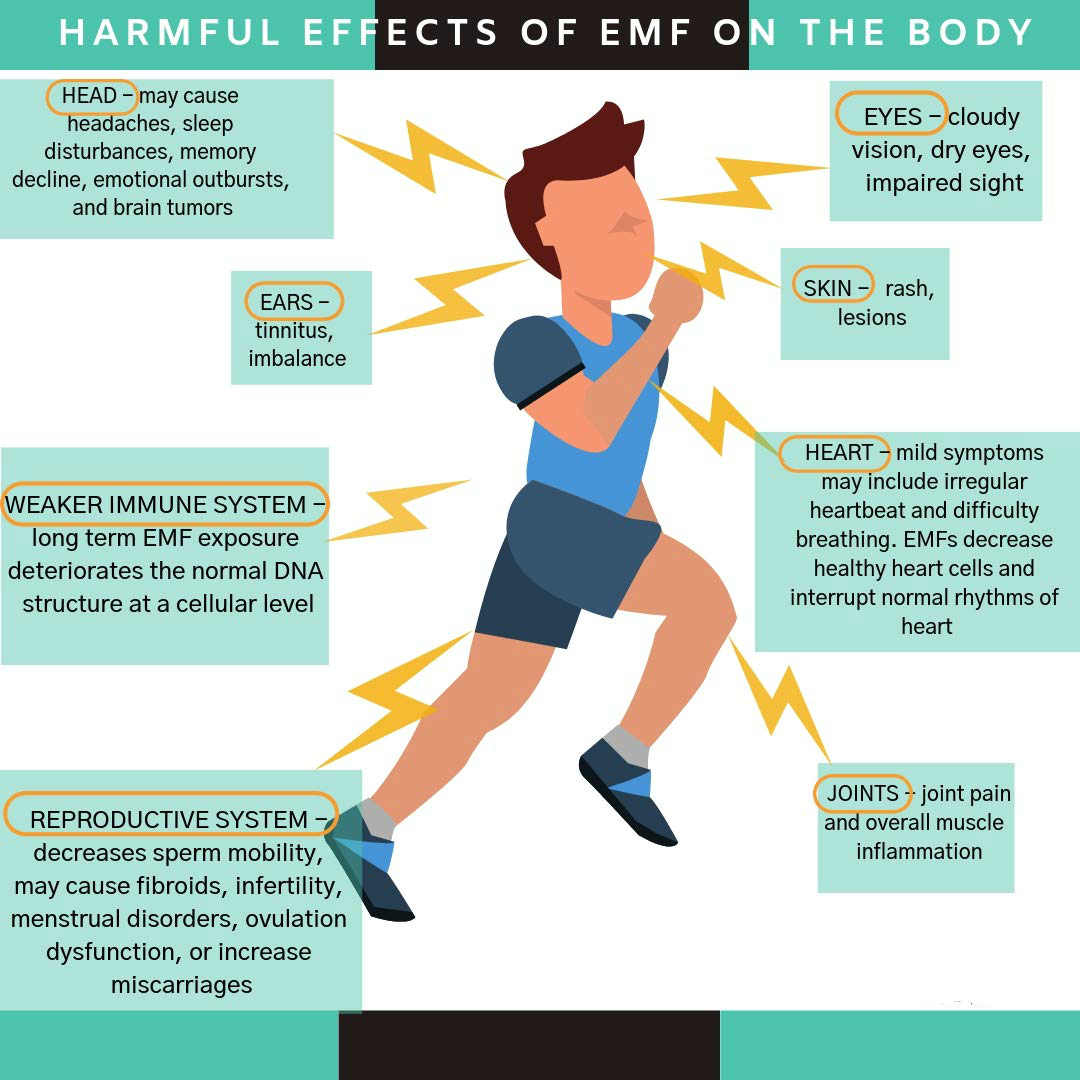 In June 2017, 225 reputable scientists from 41 countries submitted a letter to the FCC opposing legislation that would streamline 5G’s expansion. They accused the FCC of accelerating the pervasive installation of wireless infrastructure without public health review, despite a “growing body of scientific evidence” including increased cancer, reproductive changes and neurological diseases “that may be caused by exposure to EMF from wireless sources.”

There’s more: “Numerous recent scientific publications have shown that EMF affects living organisms at levels well below most international and national guidelines.” So not only is reckless 5G potentially harmful to humans, but to wildlife and our environment, as well. Which reminds me – trees are often another casualty of 5G. Installation companies like to take them down, because they tend to get in the way of signals. Bye bye, shady streets.

Surely I’m not the only one who noticed the 5G cell on a pole at Bowman & Henry? The onslaught has begun. Whether you believe EMF exposure is harmful now or not, you can’t deny it’s creepy, all these wireless stations pervading our landscape without our permission. While our government explores their potential as weapons and surveillance devices. And it gets harder and harder to get a good night’s sleep…. 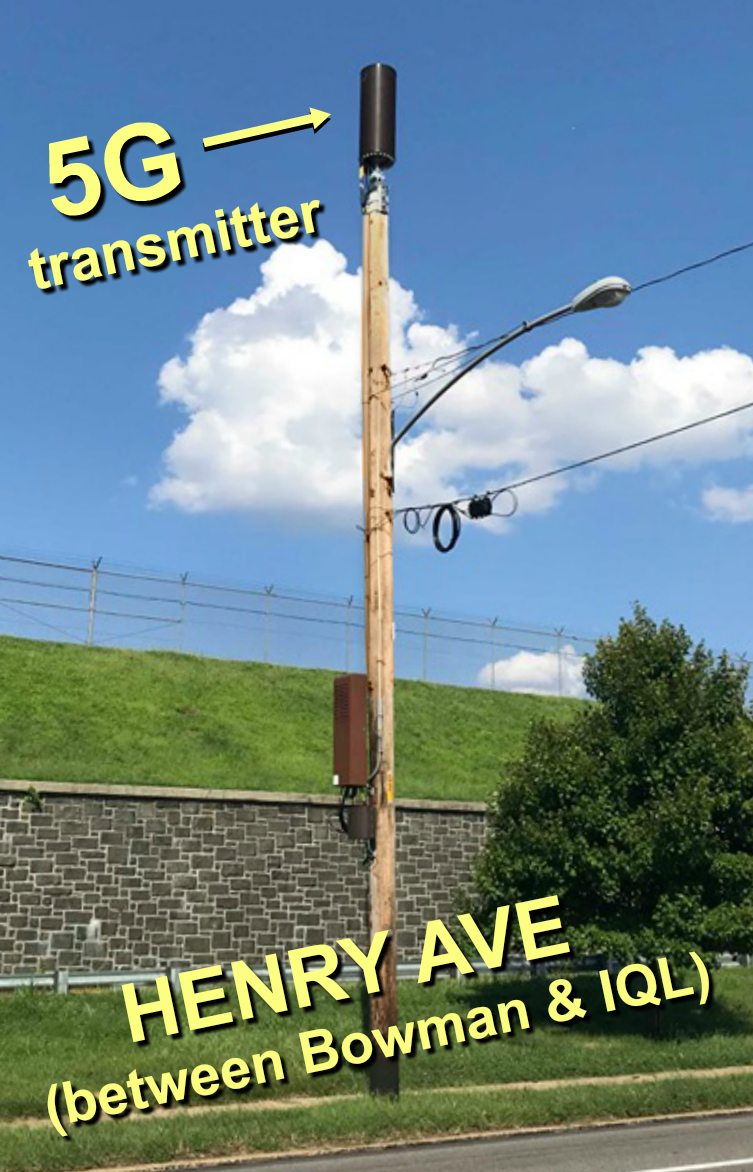 FIGHT BACK! Email geojand@yahoo.com for more information on 5G and the symptoms of EMF sensitivity.

Let’s go for another group jaunt in the Wissahickon! You don’t need a dog but that does tend to add to the fun. Join us for a guided sunset walk on lovely local trails in our own backyard.  Summer’s [more…]