Plans to demolish the Carousel House have supporters of the one-of-a-kind facility ready to fight.

Philadelphia’s disabled community got quite a shock this April when the city announced plans to demolish the Carousel House, the only recreation center in the city dedicated to those with disabilities. Hundreds of the facility’s users and its board members were blindsided by the announcement and are gearing up to save their facility any way they can.

Built in 1987 on Belmont Avenue in Fairmount Park, the facility regularly served about 600 people before it closed last year due to the pandemic. The incredible variety of programs made the Carousel House an invaluable resource for the city’s disabled community.

There were ceramics and line-dancing classes. A music therapy program and an intellectual disability support group. There was a kitchen that provided free meals. The indoor pool had a rising floor, making it possible for those who use wheelchairs to swim. A small fleet of vans transported guests to field trips. The facility’s wheelchair basketball team hosted national tournaments for decades. Most importantly, the Carousel House built a community that made people with disabilities feel welcome and supported.

Tamar Riley (President of the Carousel House Advisory Council) and Mike Martin (Treasurer) met with Conrad Benner, of the blog Philly Streets Dept, to discuss the history of the Carousel, what makes it so special, and why they want to fight to save it.

Conrad Benner
I just want to first thank you both for joining us. And we want to get the word out to as many people as possible to support you in this effort. Let’s start just at the top. What’s happened so far?

Tamar Riley
We were informed by the city on April 13th that the Carousel House would be closed permanently. They said it was unsafe and needed extensive repairs. They said they want to demolish it and replace it with a multimillion dollar center for the entire community.

Mike Martin
That’s their intention. But please realize this building is only 34 years old. It’s one of the newest of the 165 rec centers. There’s only two rec centers being torn down. (Vare Recreation Center in Grays Ferry – built in 1916 – will also be torn down and replaced.) And since this one is exclusively for the disabled, we feel we’re being unfairly targeted. Yes the building needs repairs and we have placed work orders with the city for the last 15 years. But they haven’t been fixed. It’s more a problem of neglect than anything. And then they made this announcement without any discussion or input from us.

Conrad
Wow, what a shock.

Mike
Absolutely. And you can’t blame it on COVID, because we still meet once a month with the director, who works directly for the city. She kind of sits on our advisory council in the sense that she gives us updates about the city and things of that nature. So we’ve been constantly in contact with them. I should also mention, about two years ago, we were selected for the Rebuild program. We actually felt a sense of confidence that they finally recognized the problems and were going to fix them. So to all of a sudden come back and say “nope, we’re just going to tear it down” was a real shocker to us.

Conrad
You’ve just launched a “Save the Carousel House” Instagram account (@savethecarouselhouse) to get people involved in supporting your movement. I want to ask a very simple question — why is it important to have a rec center that’s explicitly for the disabled community? I ask because I assume there’s people out there saying “wouldn’t it be better if the center could be for disabled folks and folks who don’t have disabilities, and everyone can come together?”

Tamar
I have a son that’s intellectually disabled. When I first found out about Carousel House years ago, it was from his school counselor, because my son didn’t participate in any type of social recreational activities at that time. And I went to visit it and from the moment I walked into the place, it just felt like a second home. I felt comfortable that he would be safe there and he liked it too. It was non-judgmental, he was around his peers. And he’s developed friends over the years that will last a lifetime.

His whole friendship circle is at the Carousel House. And the staff has been wonderful over the years – they’re trained and so dedicated. I don’t have any problems with trusting the staff with my child, because people with special needs are vulnerable. So I just felt so relieved that I found this place for him, where he could meet people, like-minded people and be around peers and not be judged or bullied or called names or looked at strange.

Mike
Another issue is that, of the 165 rec centers right now, I bet you there’s not five that are accessible. And they’re not all of a sudden going to make them accessible. It’s a funding issue to a great extent. But what they told us back in April is that they’re going to find five or six different centers, and try programming in those centers. So if you wanted a music program you’d go to one center. if you wanted to be in ceramics, you might have to go to another center.

So they’d just be moving us around anyway. Why? We have everything right here in our center. We have all the needed programs. We have a mailing list with over 750 people. It’s not just a couple hundred people we’re talking about. We have programs that go five days a week, nine to nine, and also programs on Saturday.

Conrad
So the long and short of it is this space is too important to lose. What are you asking the city to do? Is it as simple as don’t take down this facility? Leave it up and just make the necessary repairs? And who are we directing this at? Is this a mayoral thing or Parks and Rec thing?

Mike
We’re trying to do this in a multi-faceted way. Council members and parks and recreation department heads.

Tamar
We want the city to repair and reopen the carousel house and keep it exclusively for people with disabilities. But they want to tear it down and put up a new facility that would be for the whole community. Assuming they did that, they can’t even tell us what programs would be there for special needs people. They want to farm out the special needs programs to other recreational centers throughout the city. And it’s just not feasible.

My son used to go to two or three programs in one day. So if one of his programs is in South Philly and other in North Philly and one in West Philly, and he’s riding paratransit that’s not safe for him. We already had everything under one roof, and that’s what we want it to continue to be. The other centers won’t be fully accessible for the physically disabled, the staff there won’t have the necessary level of training and experience working with people with disabilities. And everybody is in a central location. There’s ample parking and no problems with CCT. So we don’t want the center to close. We want it to be rebuilt. We want it to be repaired.

Conrad
I got tuned into this because so many people were sharing your petitions and looking to join this struggle, because it logically makes so much sense. Of course, you want to keep this center open and keep this community together. If you’re going to split up people sending them to different centers across the city, that sense of community is lost. Not to mention all the hassles around transportation and safety. So how do people help with this fight? Do they call their city council member? Do they call Parks and Rec? Do they send letters?

Mike
Call and email your council people and Parks and Rec and tell them to save the Carousel House. Tell them to keep it open and make the repairs. We feel that most of the repairs can be done while our programs still go on.

Conrad
Is there anything else we should mention while we still have you? 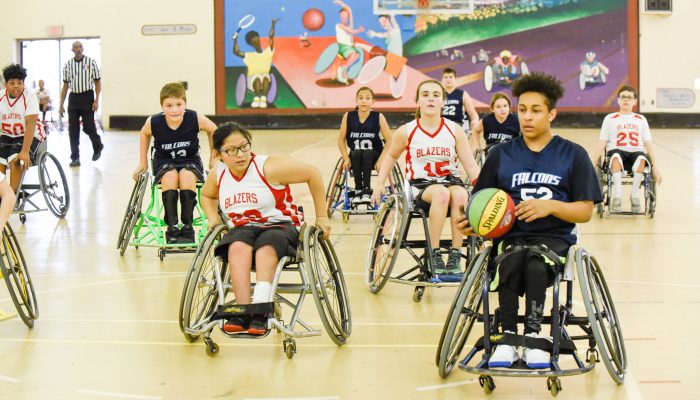 Tamar
Save the Carousel House. Repair and reopen.

Conrad Benner is the Founder of StreetsDept.com. A Fishtown, Philadelphia born-and-raised photo-blogger, curator, and podcaster, Conrad’s work explores art, our public space, and the creative minds shaping the world around us.

Part remembrance, part celebration, VNA Philadelphia’s Butterfly Release marks its 10th anniversary this year. How did the idea get off the ground? We chatted with the event’s creators Craig Hindman and Rev. Donna Geiger. [more…]