At the end of World War II, with a new-found appreciation for our freedom and our country’s history, the nation celebrated this history especially in regards to preserving buildings associated with the founding of the country. Colonial Revivalism was one way to celebrate the country’s founding and support nationalism, by reinforcing “myths” about its Colonial history, in part through the use of a highly unified architecture and iconography.

Locally, the Colonial Revival movement which occurred after World War II consisted of a preservation effort concentrated on “restoring” Colonial and Federal-era buildings around Germantown’s Market Square, to give them romanticized, Colonial appearances which they often never actually had. This effort began in earnest early in the 1950s, a decade which was characterized by Colonial Revival movements.

Plans began to be made to turn the area centered around the Deshler-Morris House and Market Square into what was dubbed a “Little Williamsburg.” Contrary to local legend, John D. Rockefeller never invested in the plan as he did in the restoration of Colonial Williamsburg, Virginia. The primary aim was to encourage tourism in Germantown, a neighborhood which was beginning to struggle as a result of deindustrialization following the end of World War II. Tourism was seen as a way to boost the area economically. 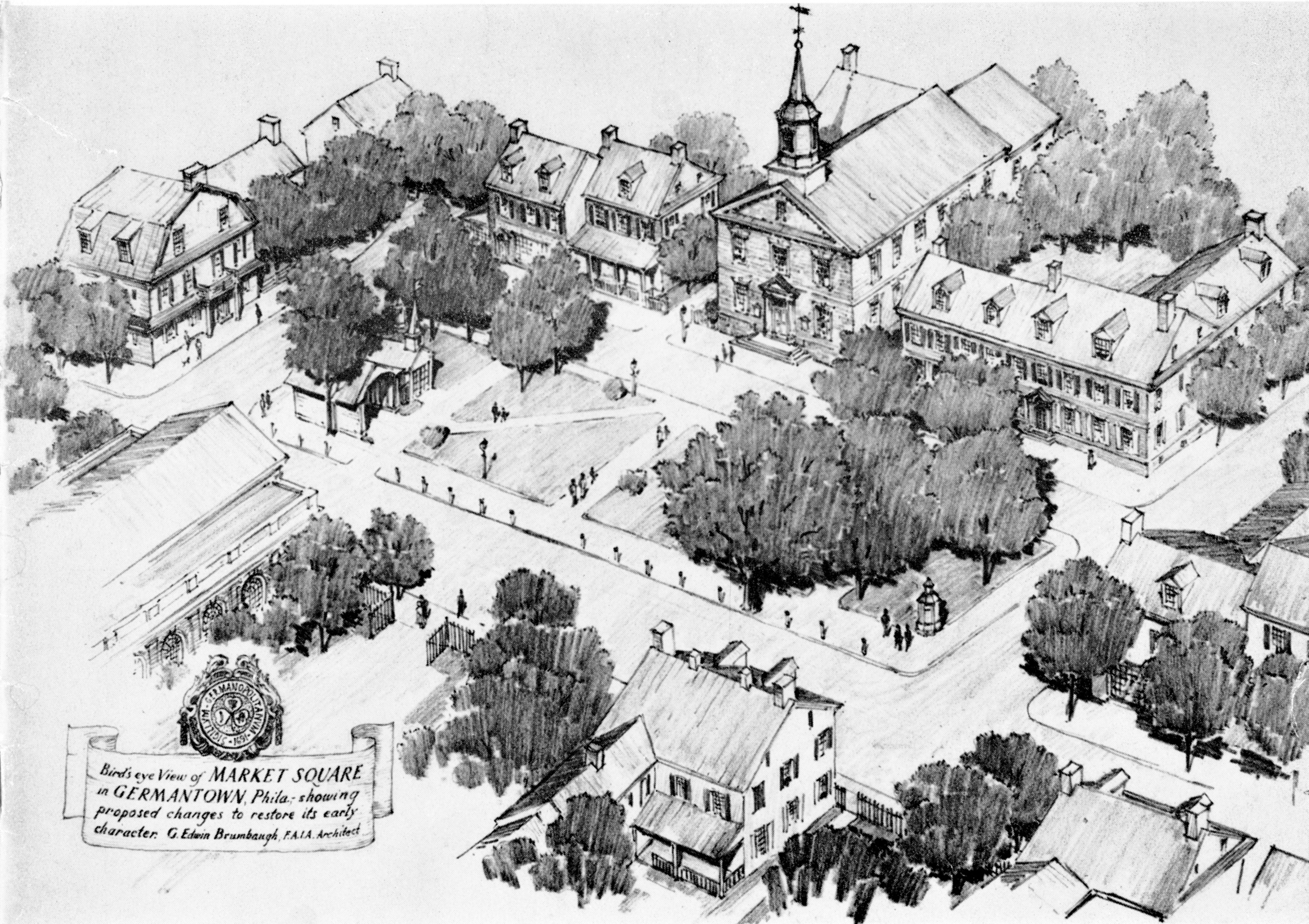 The proposed plans, had they been completed in their entirety, would have dramatically altered the visual landscape of Market Square forever. The Market Square Presbyterian Church — until recently the home of Impacting Your World Christian Church — was to have been demolished and replaced with a church with a Colonial appearance. The Soldier’s Monument in Market Square was to have been relocated. Built in 1883, it was seen as an intrusion by some planners because its Victorian appearance “violated” the concept of creating a Colonial-era “village” centered around Market Square.

Proposed sites for the relocation of the Monument included Vernon Park or the entrance to Maplewood Mall (then Maplewood Avenue) from Germantown Avenue. Work began in earnest on the “restoration” of Market Square in the early 1950s. A grand Victorian building built in 1884 by the Germantown Mutual Fire Insurance Company was demolished and was replaced with a reconstructed Delaplaine House in 1959, which paid homage to one of the area’s early families. (It’s now owned by the Philadelphia Alumni Chapter of Kappa Alpha Psi fraternity.) 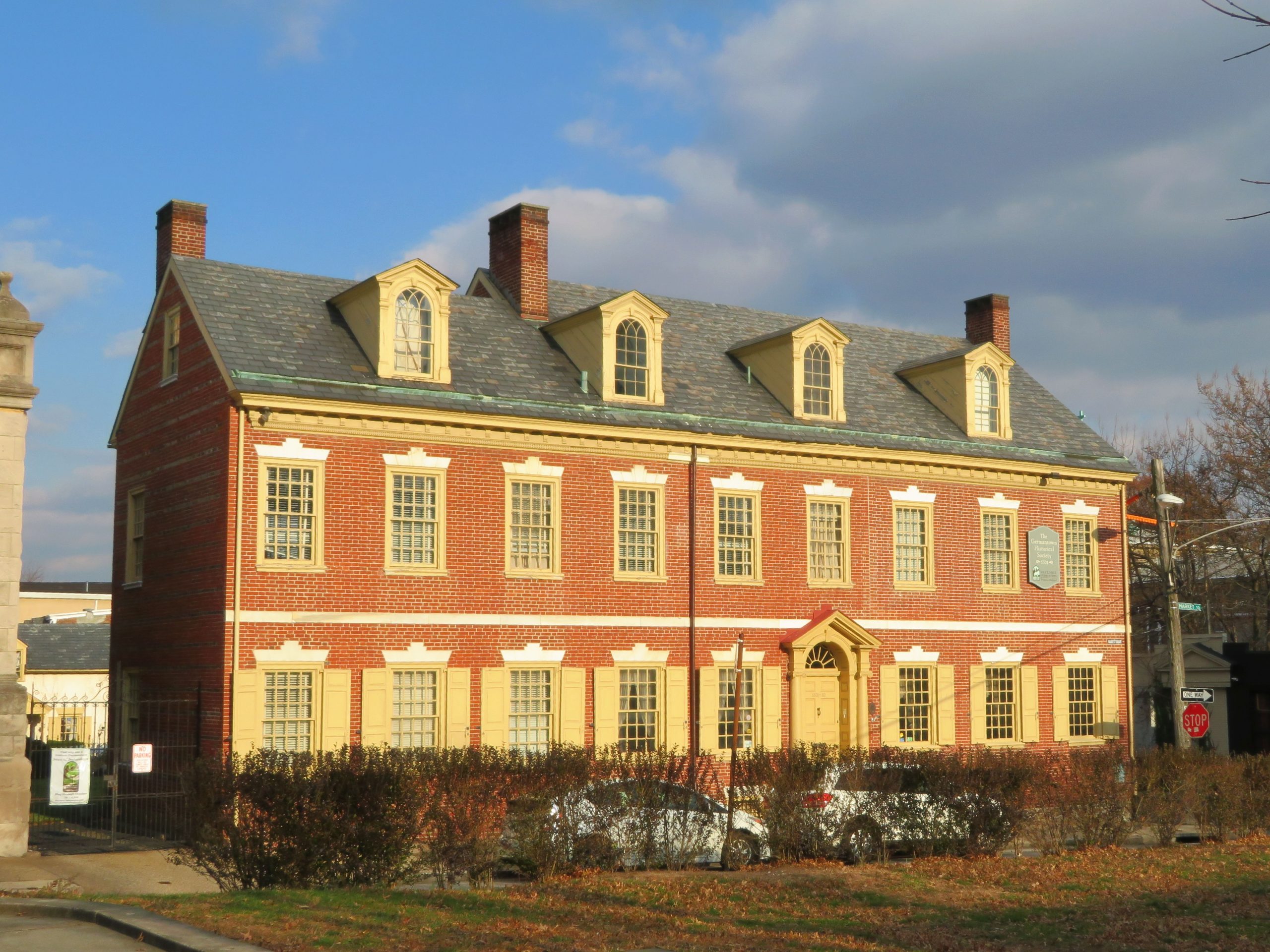 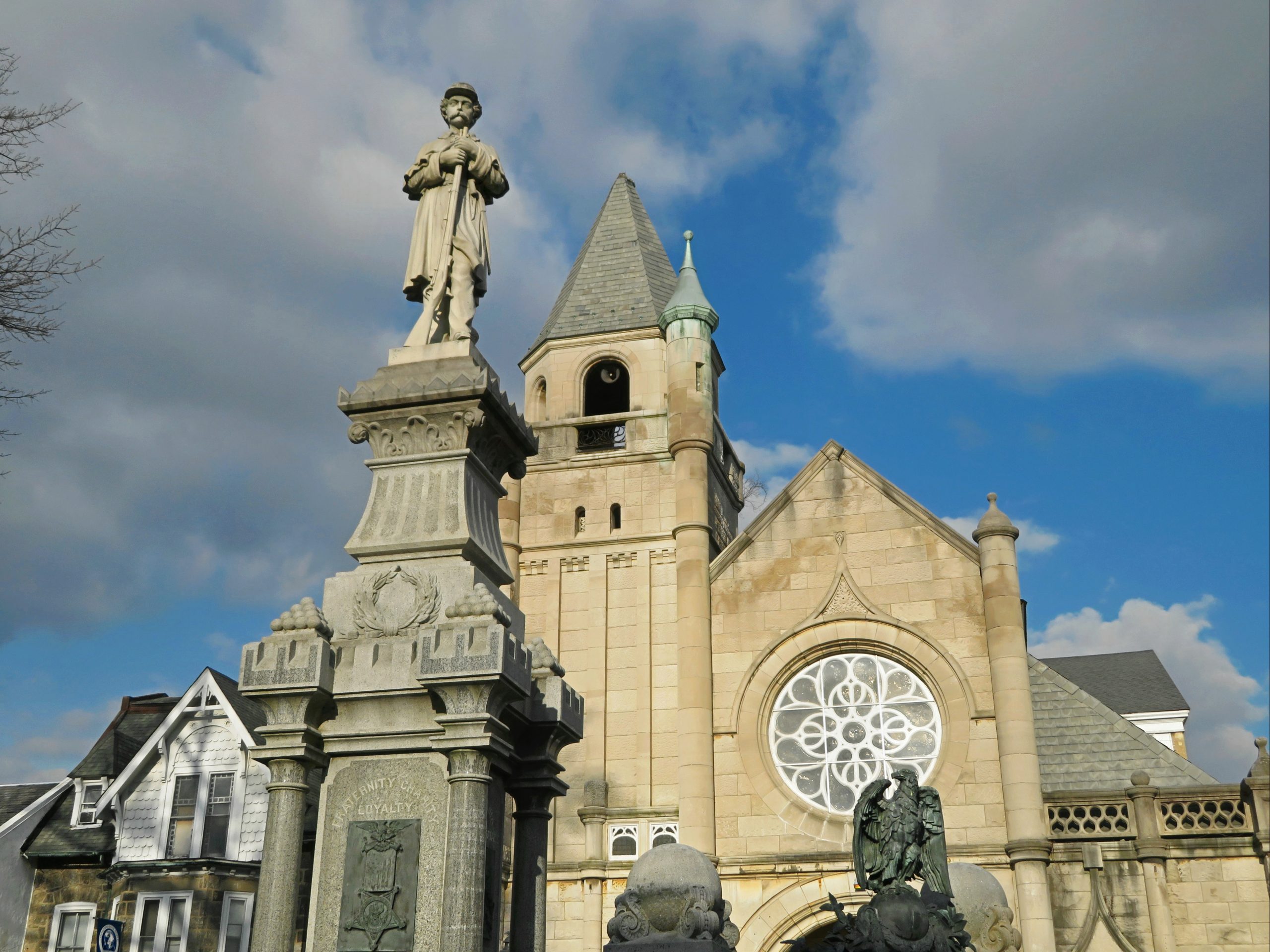 It should be noted that not everyone favored creating a “Little Williamsburg” that never was: In her 1966 Central Germantown Urban Renewal Area historical report prepared for the Redevelopment Authority of the City of Philadelphia, historian Margaret B. Tinkcom noted “Market Square should be preserved as an open square, attractively planted, but without reconstructing any of the old buildings that once stood upon it. Specific information regarding the Market House has been woefully lacking, so that any reconstruction would have to be conjectural and rest entirely on the archaeological and graphic evidence. Furthermore, such a reconstruction would serve no useful historical purpose.”

In similar fashion, while some of the board of the Germantown Historical Society approved of the plans, others balked, expressing concerns of their historical inaccuracy. Of course, by the time the report was published, two buildings on Market Square had already been “reconstructed.” By the time this report was published, plans for the recreation of Market Square as a Colonial “village” had been all but entirely scrapped, in part due to a lack of both momentum and sources of funding. As a result, the buildings around Market Square escaped drastic alteration or complete demolition, allowing them to honestly represent the many periods of history present in Germantown today.

NOTE: Back issues of the Germantown Crier were invaluable in the writing of this article, was information gleaned from various plans which were published in the two decades following the end of World War II. They provide fascinating insights into the attitudes of planners regarding Germantown’s history, not just that of Market Square, but of Germantown’s business districts as well. All of these resources are available for public research at the Germantown Historical Society/ Historic Germantown.

Compiled, arranged, rearranged, evaluated and arranged again for your business and pleasure [more…]

It’s a coffee spot, it’s a bike shop! In the historic heart of the Wissahickon…  [more…]

Reenactors are ready to rock this October! [more…]