Every so often, the Museum of the Germantown Historical Society (GHS) receives an object which has the power to convey history on “another level,” by providing information about the date of the object, as well as less tangible qualities, such as the owner’s estimation of the object’s value.

On November 8, 2022 the museum received a donation of a porcelain dinner plate with these exact qualities, from a descendant of John S. Trower, a Black entrepreneur who relocated his catering business (one of several for a man who became one of America’s wealthiest Black men) to Germantown Avenue from East Chelten Avenue in 1887. He operated the business on Germantown Ave. until he died in 1911. His business would continue to operate until the mid-1920s.

The donated plate was manufactured by the Haviland porcelain company of Limoges, France. Decorated with a floral pattern using decals, the method was developed around 1880 and was relatively inexpensive, making the porcelain practical and affordable to Trower.

This would have been particularly important, as the dinnerware at that time would have been subject to high levels of both breakage and theft. Therefore, purchasing the dinnerware decorated with decal floral patterns allowed Trower to set an elegant table, without considerable expense. He did include an anti-theft device of sorts, by ordering his porcelain stamped with “…For JOHN S. TROWER Caterer No. 4908 Main Street, GERMANTOWN, PHILA.” 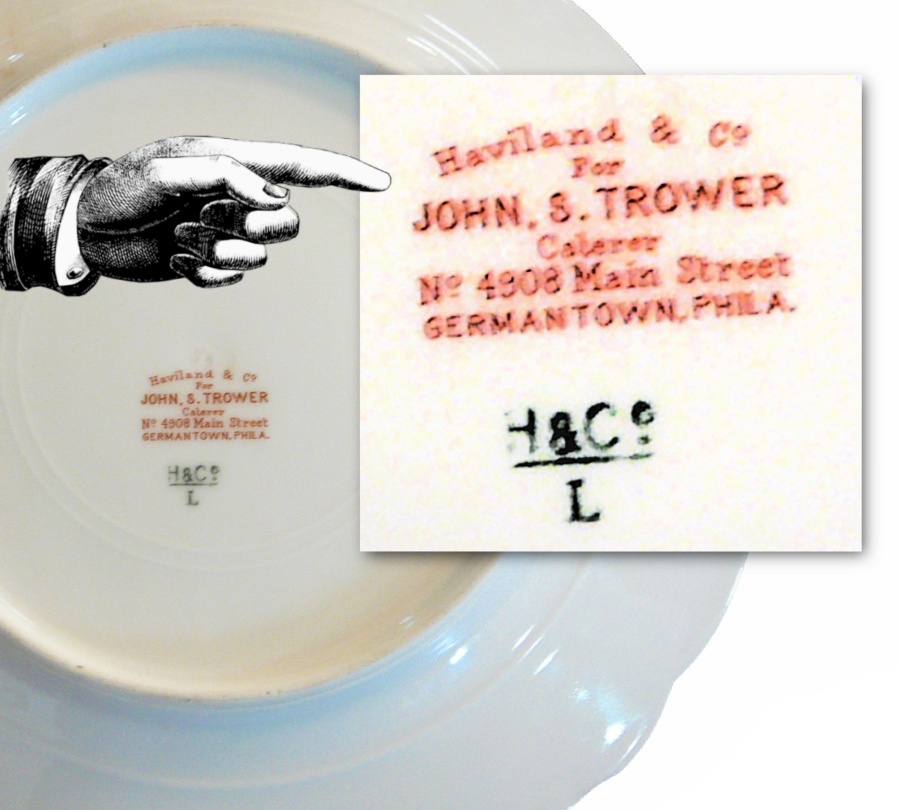 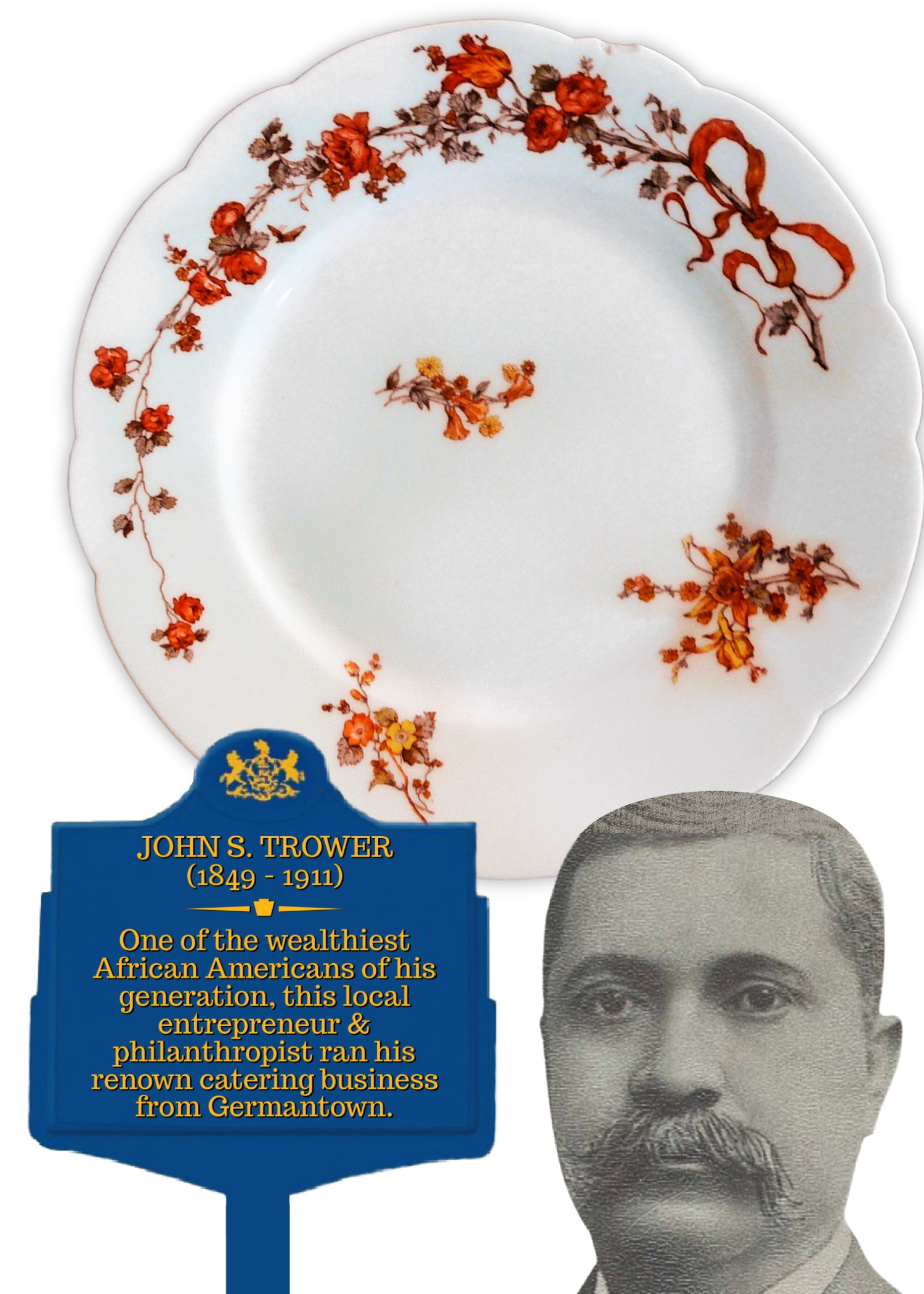 Since Trower relocated his business to 4908 Main Street in 1887, this means that the dinner plate shown here was ordered by Trower at some point between 1887 and around 1895 (when the street renumbering took place). As for the reference to Germantown Avenue as “Main Street,” the latter was used for much of the 19th century, with the former becoming the predominant name shortly around 1900.

As a whole, the plate represents both pride and frugality on the part of John S. Trower. It illustrates that he wanted to set an elegant table for his patrons and show off his business, without too much expenditure and risk of significant loss, with the use of porcelain providing a high level of durability.

The survival of this plate shows that Trower’s selection was a sound one, as it has survived for over 125 years and with its donation to the Museum of the GHS, it will remain for generations to come.

Afterword: One can easily find the John S. Trower Building on Germantown Avenue; look for the Pennsylvania Historical and Museum Commission marker which was installed in front of 5706 Germantown Avenue (now the Crab House!) last year through the efforts of Historic Germantown, the Germantown Historical Society, the Germantown United Community Development Corporation, the Black Writers Museum, and the Keeping Society of Philadelphia, to acknowledge Trower’s achievements and legacy.

Historic Germantown’s Library and Archives include an incredible wealth of fascinating documents and publications — lots you can view online, and also available in-person and even via mail. Over 5,000 photos plus books, church records, deeds, scrapbooks and maps going way back to colonial times. Open Tuesdays (9AM -1PM) and Thursdays (1PM – 5PM), contact office for Sunday hours or additional assistance.

Learn more about the history of Germantown and surrounding northwest Philly neighborhoods!  Contact Alex at (215)844-1683, or email library@germantownhistory.org with any inquiry.

About Alex Bartlett 32 Articles
Librarian and archivist Alex Bartlett combines his hobbies with his career. Working for the Germantown historical society, Bartlett manages the libraries’ collection and archives, while also helping to provide visitors with requested research documents. Alex is a self-described “history nerd,” with interests in archeology and old bottles and glassware. He said that growing up in Germantown is what initially stimulated his enthusiasm toward historical documents and objects, and his job manages to integrate all of his interests into one field.

Student activists fought for racial equity at Philadelphia high schools in the 1960s, and beyond [more…]