Stolen furniture, penny candy, and other Halloween memories from Russ Gardner in his latest story about growing up in the Falls. 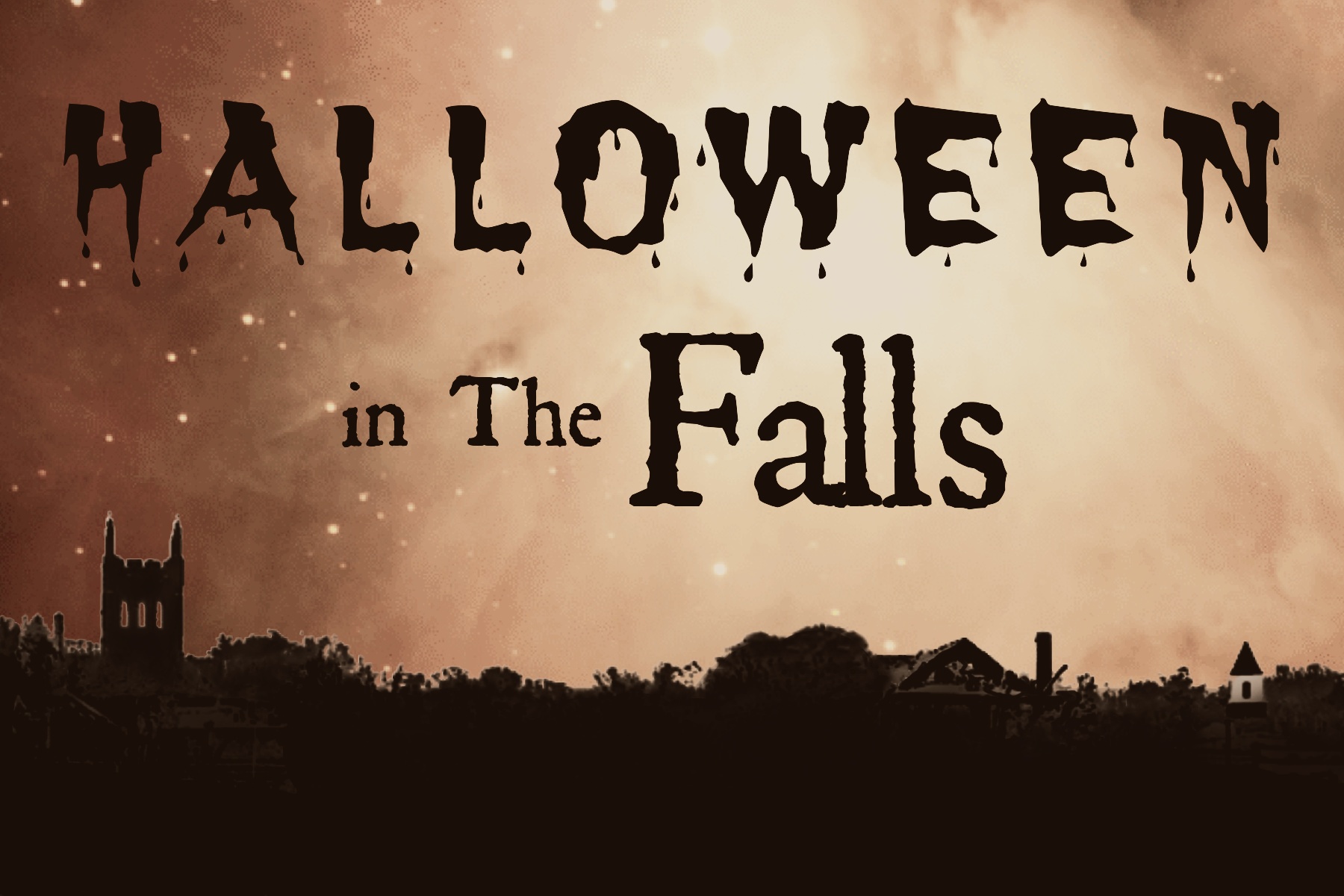 When I was a kid in East Falls, back in the late 50’s and early 60’s, Halloween was a lot different than it is today. Halloween actually started the night before, which was “Mischief Night.”

At first, “mischief” consisted of ringing door bells and running — usually, just to the street, where we’d duck behind parked cars till someone came to the door. Usually there were some neighbors out front, just watching us. They wouldn’t say anything, they’d just sit there laughing at us. Of course, they knew what we were up to, and Mischief Night was all in good fun. Folks would even point us out when the person came to the door!  We giggled so hard, it’s not like the whole block couldn’t hear us.

When I got older, Mischief Night involved soaping car windows and the fun part for the “victim” sort of left. We didn’t realize how hard it was to remove soap from windows. Wow, we had to really hide then! And then I’d feel bad taking candy from a house on Halloween after we soaped their car the night before.

Soaping was about as “mischievous” as we got. We didn’t break windows or cause any real damage back then — it was all innocent fun. We didn’t even TP trees or bushes (I don’t think we thought of it).  Some of the bigger kids would “steal” furniture off a porch, but they’d just take it down the street or put it on someone else’s porch as a joke. No harm, no foul.

How we looked forward to getting dressed up! We didn’t buy costumes from the store like you do today, Halloween in my house meant making your own costume. Money was short back then, and we always seemed to have plenty of old clothes for a really good “bum” or “hobo” outfit. A burned cork made a great fake beard, smudged across your cheeks & chin.

Because we made our own,  we often felt self-conscious when someone else had a better one than we did. Especially one they bought from a store! The 5 & 10 at Ridge and Midvale had a nice selection — so did Woolworths in Germantown.

Supermarkets back then used to print up special grocery bags in October with Halloween themes just for trick-or-treaters. In our neighborhood, we used Penn Fruit or Acme bags — sometimes they’d come with a rope handle for easy candy-carrying.

As we walked around familiar streets, all the kids would compare notes on which houses had the best candy and who was giving out money. Then, we’d make a bee-line to those houses before they ran out! Of course we’d all push & shove at the door when it opened, and line up for the grown-ups to guess who was who.

“Hey, aren’t you Harry Gardner’s kid?” “Don’t I know your mom Peg?”  Hmph, I couldn’t hide even on Halloween night. None of us could, in such a close-knit neighborhood as East Falls at the time.

Flashlights? Ha! We stumbled around in the dark, laughing the whole time. At the end of the night, we’d all meet in the kitchen to dump out our “loot” and make trades till everyone was satisfied. This part never thrilled me because I’d usually manage to collect the best stuff, which of course had to be shared. 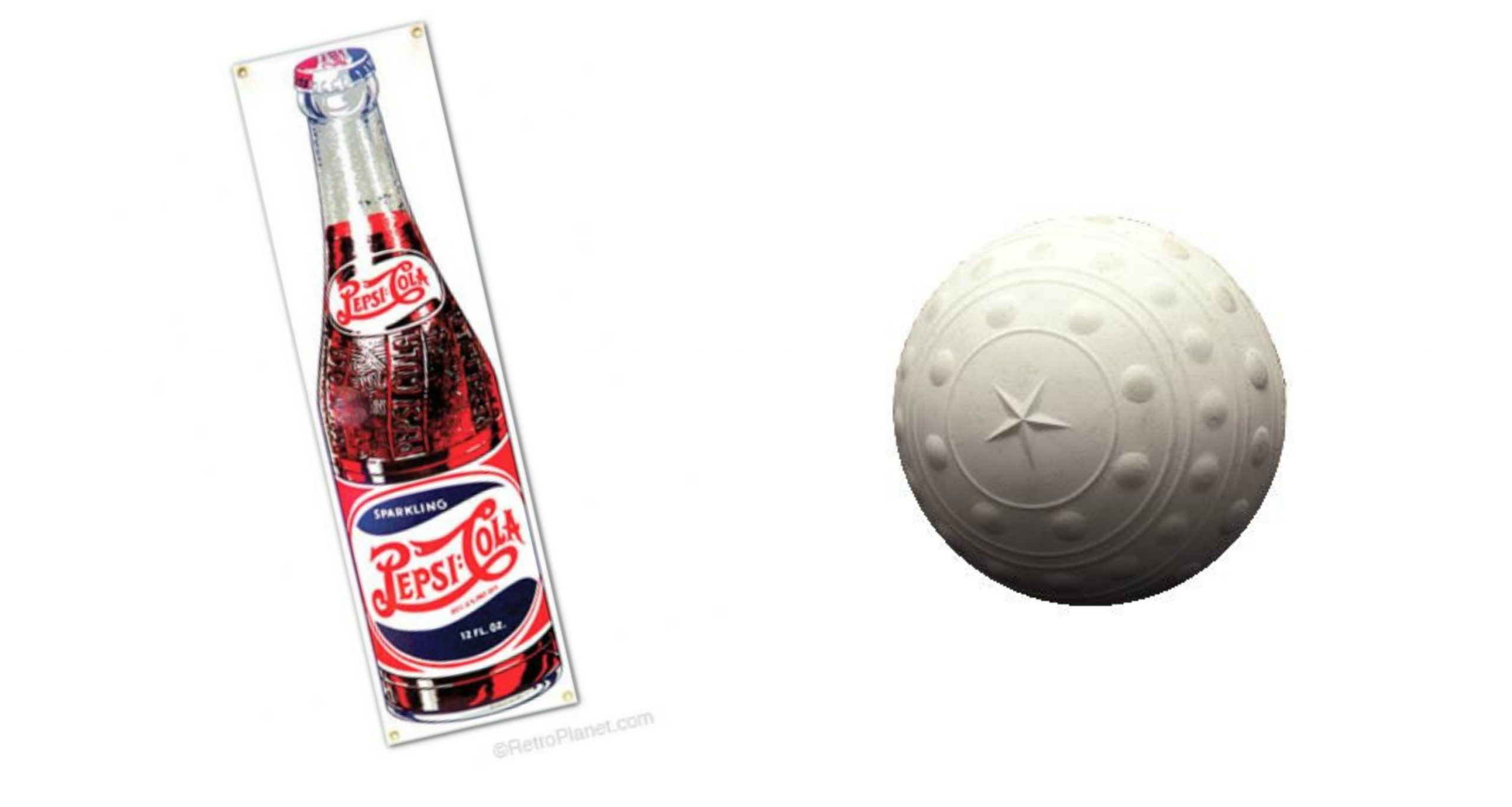 We got to keep any money though!  I’d usually have enough for a few bottles of Pepsi at McDermotts or maybe a pimple ball.

Popcorn balls were always good, eaten fast before they could go stale. The loose penny candy was also an issue — not all pieces were wrapped, so you’d want to eat them up before they melted down into a big sticky mess. There were Mary-Jane’s, Bonomo Taffy, Snickers Bars, and Gum Drops. Yum!  (You haven’t lived until you bite into a gum drop with a penny stuck on the bottom, by the way.)

What else? Ginger Snaps, Bazooka Bubble Gum, Rolo’s, Goobers, and Raisinets. Candy Cigarettes too! How we loved waving those around, pretending to smoke like a grown-up.

Another time, really. We were innocent & trusting kids, enjoying our childhoods in a snug neighborhood, with loving parents. I remember my mother and father gleefully helping themselves to our candy, eyes twinkling. One Halloween they showed us the best way to eat taffy:  freeze it brittle then snap off pieces that melt in your mouth, no pulling necessary (both my parents had false teeth, no wonder they liked this trick!).

I hope the kids today remember their Halloweens as fondly as I remember mine. I think they’d find it hard to believe how it was for earlier generations. We’ve a scant few pictures to remind us —  cameras weren’t that good, especially not at night. You’ll have to trust our memories, I guess.  And cut us some slack when we wax poetic about “the good old days.”  East Falls will always be a special place if you’re a child, no matter when you grow up.

This Halloween, leave your front light on for the neighborhood kids  — and be one of the “good houses” everyone starts buzzing about. Admire every costume for the little guy or girl wiggling with pride & excitement before you. They’ll remember this magical time the rest of their lives, and we have a chance to re-live this joy with them, every time we answer the door this October 31st.

To all the “good houses” of my East Falls Halloweens. Thank you for the pennies and nickels, the bags of candy — some unwrapped and none of it x-rayed. Thank you for putting up with us all those Mischief Nights, and for pretending not to recognize us when we came trick-or-treating 24 hours later.

But thank you most of all just being there for this 69-year-old fellow to remember like it was yesterday.

Russ Gardner lived at 3513 Bowman Street (pictured above) with his parents & five siblings from 1949 till 1964, when he left for Navy training in San Diego — followed by three tours in Vietnam. He came back home to Crawford Street, fathered three kids, and relocated to Florida in 1991. 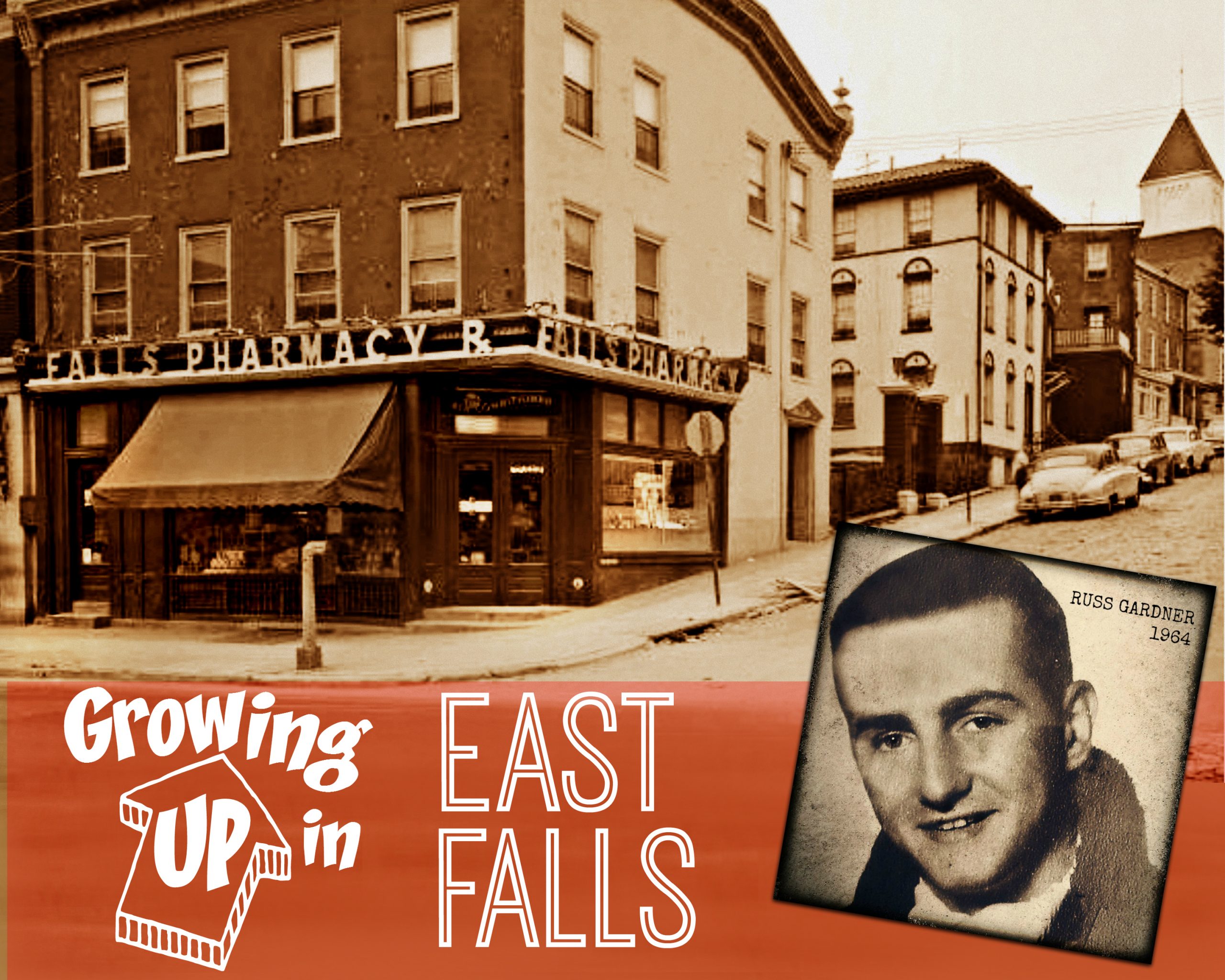 Like history? Enjoy more neighborhood Halloween stories with the women of SOWN, reminiscing about costumes, candy and mischief nights from way back when.

And please feel free to add your comments below!

Local author looks back at the bittersweet bonds that endure from childhood she made with kids growing up on the same block. [more…]