Phils win National League pennant — then it got even better!

As a hardcore Phillies fan, I was lucky enough to get a ticket to Game 4 against the Braves where the Phillies clinched their spot for the National League Championship Series. Not only that, but those perfectly aligned stars also got me an unexpected seat upgrade to section 105 (right behind the first base pole).

As I was celebrating at Xfinity Live! after the game and chowing down on a very large slice of Philly-famous Lorenzo and Son’s Pizza, a voice next to me said “Is that pizza any good?” I assured the man that it was the best pizza in the world to which he replied, “I own it!”
Giuseppe “Joe” Pulizzi, an avid Philly sports fan who took over the pizza chain from his father, was thrilled to see the long lines for a slice of the gigantic pies.

The small kitchen inside the bar only has two pizza ovens — barely enough to keep up with the throng of sports fans who’d worked up an appetite cheering their hearts out at the game. (Citizen’s Bank Park was insanely loud, with many fans’ mobile devices issuing sound warnings inside the stadium throughout the game.) After buying us a couple of beers, Joe shared some stories about life working in the shop. He takes immense pride in his pizza and plans to continue growing the franchise both in menu size and location.

A family man with two sons, Joe is always encouraging his kids to pursue their own passions. He took over his father’s Philly pizza business, but he wants his kids to have the opportunity to choose their own career paths. Joe is adamant about the ratio of sauce, cheese, cooking time, and the best experience for his customers. Although he can sometimes be self-critical about the pies, it’s clear that he cares immensely about the quality of the food Lorenzo’s is putting out.

While Joe primarily works out of Lorenzo’s West Chester location, he frequently travels to his Philly locations in Live! Casino, Xfinity Live!, and South Street to ensure things are going smoothly.

Like the rest of us, Joe is excited to continue cheering on Philly sports when he’s not in the kitchen making pies. As for me, I was thrilled that I got to watch such a historic game and meet a Philly culinary legend on the same day! 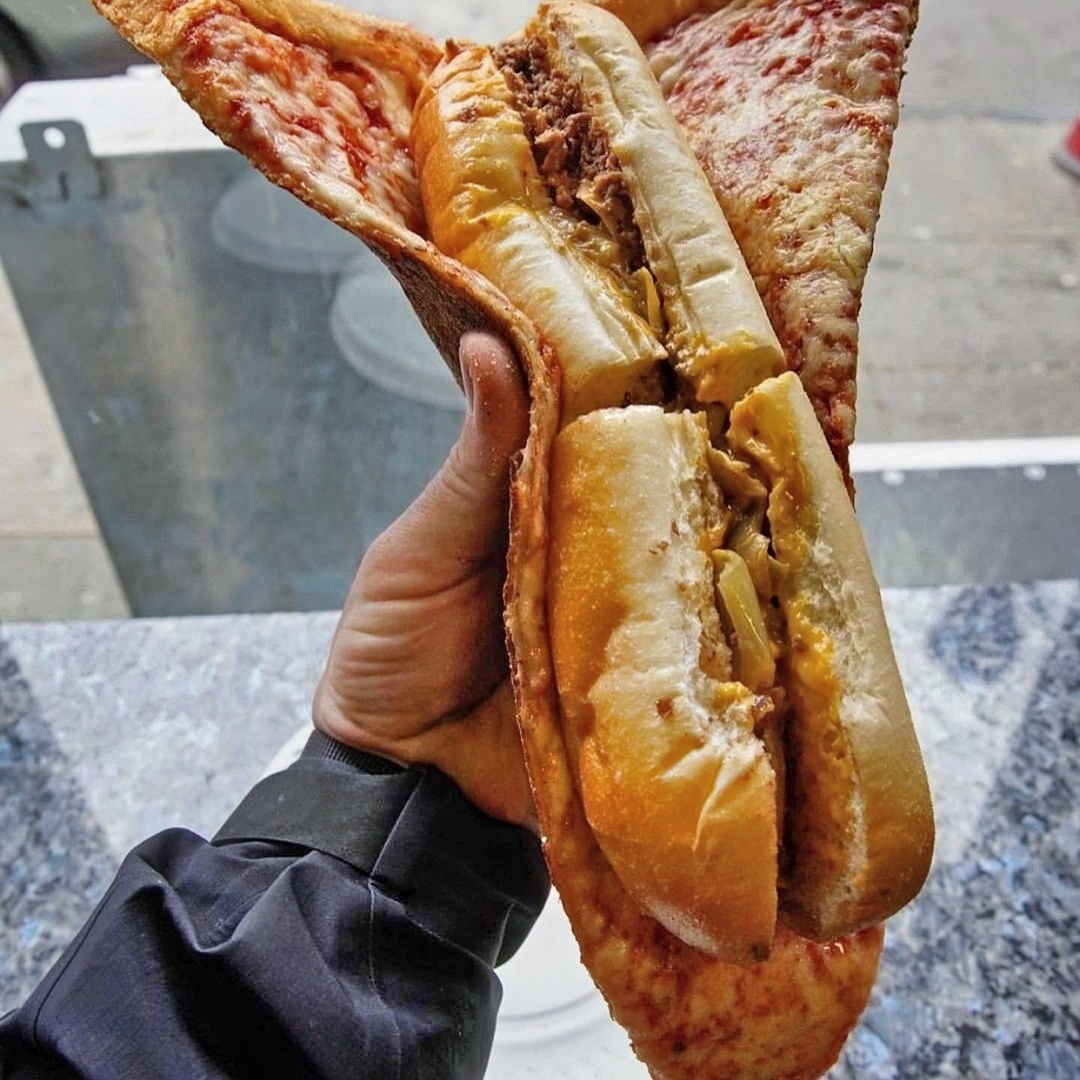 Like the Devil, it goes by many names: the Philly Taco, South Street Sushi, the Lorenzo’s-Jim’s Challenge. Whatever you call it, you have to agree it’s a great twist on the taco concept of folding one food around another for a hand-held treat. Except in this instance, it’s not so much a tasty street food as it is a giant gut bomb.

Here’s how you do it: take one enormous Lorenzo & Sons slice and use it as the “shell” for a big fat cheesesteak from Jim’s. Ta dah! The ultimate Philly tummy buster. PRO TIP — you don’t have to eat yours after a night of pub-crawling, but it helps.

Gauntlet thrown, people! Tell us if you’ve achieved this consummate #localfoodgoal, and please share your experience below. Photos? Omg! Send to editors@nwlocalpaper.com and we’ll add here to inspire others to pizza greatness.

About Eleni Finkelstein 5 Articles
Eleni Finkelstein (aka @gingersliketoeat on Instagram) is a South Jersey and Philadelphia-based food blogger and journalist. She loves traveling, trying new foods, and cheering on Philly sports teams. You can check out her book, "Eat Like a Local: South Jersey" on Amazon.