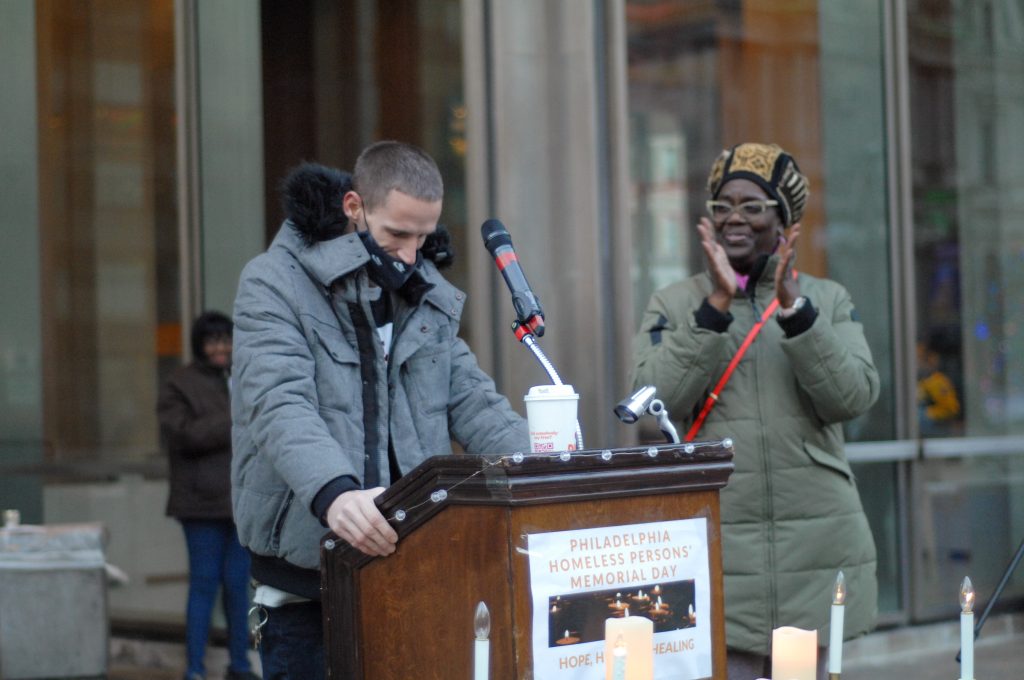 PHILADELPHIA – December 21st, 2022. It’s the first day of winter. In just a couple of days, it’ll be Christmas. Just over a hundred Philadelphians are gathered in Thomas Paine Plaza in the bitter cold to mourn the loss of more than two hundred of our neighbors who died because of a lack of stable housing. Activists left stuffed garbage bags that looked like body bags near the Wintergarden at Dilworth Plaza. The “body bags” represented the hundreds of Philadelphians that die unnecessarily yearly because they lack safe, stable housing.

According to the latest Point in Time (PIT) count, in January 2022, there were 4,489 unhoused people in Philadelphia, a 22 percent decrease over five years. At the same time, chronic homelessness grew by 14 percent after decreasing by 19 percent in 2018.

But these numbers are grossly undercounted, ignoring people who are couch surfing, staying in hotels, riding trains and buses, or are well hidden in Philadelphia’s many woodland parks.

One source of this undercounting is unhoused youth who often couch surf with family and friends, staying for as long as possible before moving on. In 2017 youth advocates did their own count of unhoused youth, calling stable households, having youth go out to make street counts, and setting up low-visibility sites where youth could come and be counted by people their own age. The result was that the number of unhoused youth more than doubled. Jumping from an average of around 200 per year to at least 569 youth between the ages of 13 to 25.

In October 2022, Philadelphia became one of 17 recipients of a nearly 9 million dollar grant to address youth homelessness as part of the Youth Homelessness Demonstration Program (YHDP). The HUD program aims to promote innovative solutions to youth homelessness.

“We want to ensure that the right programs are getting this money; we’re looking for creative and effective solutions here,” said Mathew Heckles, HUD Regional Administrator. “We want to ensure we’re meeting people’s needs and that they know these programs and how to access them.”

In 2021 the Office of Homeless Services reported more than 3,100 adults over the age of 55 spent time in a Philadelphia shelter. The report cautioned that the number of people 55+ experiencing housing insecurity is expected to grow as Baby Boomers and Gen Xers get older.

The average rent for a one-bedroom apartment in Philadelphia has ballooned to 2,000 per month, which is more than many Philadelphians make in an entire month and certainly far more than the meager 1,630 dollars a month of a senior living on social security.

A solution for some of the growing number of housing-insecure seniors is programs like  Shared Housing and Resources Exchange (SHARE) which pairs people with secure housing and extra room with seniors in need of housing. The program offers reduced rent in exchange for help around the house. 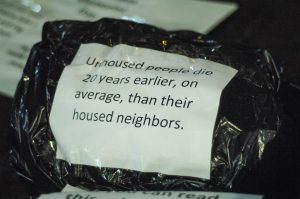 The problem with the program is that it runs up against one of the other significant obstacles housing insecure people face, background checks, which have long been used as a method of housing and employment discrimination, particularly for people of color.

“Homelessness is very much an issue of racial equity,” said Liz Hersh, Director of the Office of Homeless Services for the City of Philadelphia. “We have a solid and long-standing commitment to addressing homelessness, and we’re bolstered by the legacy of social justice champions that remind us to continue to fight for racial equity.”

“Banning the box isn’t enough; landlords and employers do a background check and then use that info to discriminate against formerly incarcerated folks, and they get dropped a little further down the line,” Peggy Sims, Director at Sisters Returning Home. “We’re talking about thing people need to live. This country’s racist legacy is killing people, and it doesn’t matter that poor whites are being thrown under the bus, too. Black people are still the main target, with black women and their families in the center.” 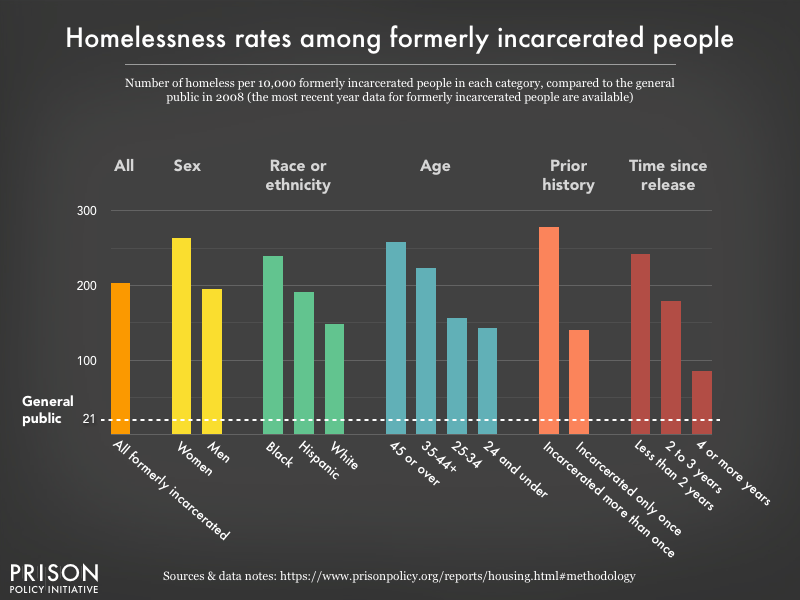 According to Prison Policy Initiative, “people incarcerated just once are seven times more likely to experience housing insecurity and homelessness than the general population.” That number jumps to 13 times if that person has been incarcerated more than once.

These differences put already highly vulnerable women at additional risk of health complications, physical and sexual violence, and other forms of victimization prevalent for formerly incarcerated women, compounding the trauma they endured before and during their incarceration.

Barriers to housing, employment, and other social safety net resources for formerly incarcerated folks perpetuate the housing crisis and increase the likelihood of revolving door recidivism and victimization, particularly for black women, who are often hit the hardest by these barriers. 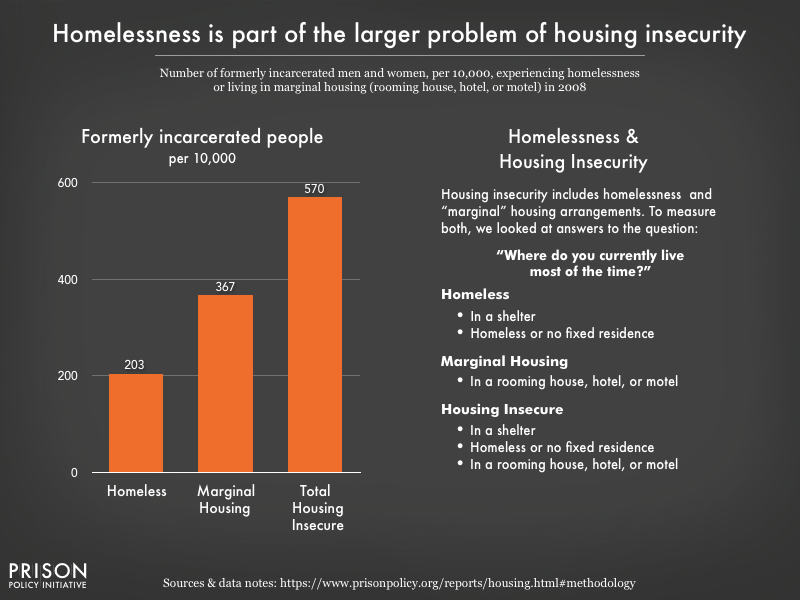 “Dostoevsky says we should judge a society by how we treat the least of us; if that’s true as a society, we’ve lost our humanity; we recycle trash and throw away our people,” said Sims. “In all the years I’ve worked with returning citizens, I have never met one that didn’t want to do right. I’ve also never met one who society didn’t keep knocking back down. We got get our boot off their neck. We can’t ask them to be law-abiding members of a society that keeps treating them like trash.”

“We can’t afford to keep acting like our city isn’t in a crisis; people are dying in droves, and Mayor Kenney keeps doing the same thing every year, sweeps, sweeps, and more sweeps, stuff people in shelters and jails where they can die out of sight,” said Jazmyn Henderson. “Mayor Kenney gets up in front of all these people like he cares. If he cared, he would put his foot down and push to rehab all these empty houses in the city and put people who need homes in them. Hell, he could even call it a jobs project if he wanted, Biden could do the same, but they don’t because they don’t, just like the republicans, our suffering is just a sound bite to them.” 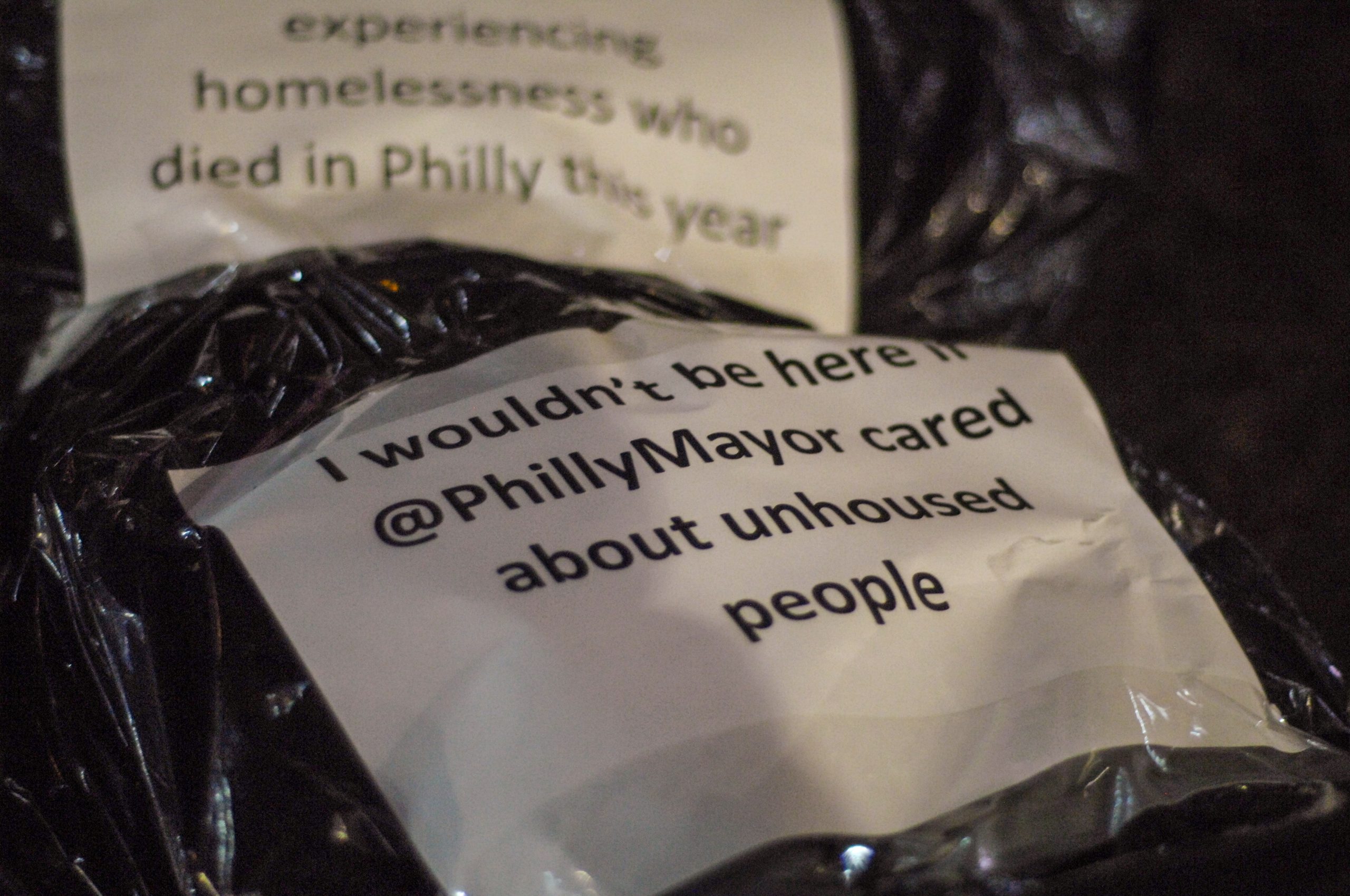 If you want to learn more, check out:

If you’re interested in working to end youth homelessness check these guys out:

PHILADELPHIA – It’s the Guns, Stupid! Well, that’s the simple view, anyway. The reality is that the issues are much more complicated than a simple sound bite. Solving the problem of semi-automatic assault rifles like [more…]

Take the Power Back

Germantowners join forces to fight for fair use of a critical historic landmark. [more…]