How one woman’s dedication to the City’s stray cat population changed the world.

What’s up, pussycat? This is the story of the country’s first animal shelter, founded right here in Philadelphia, where trailblazers in humane treatment established a new model for lost and unwanted pets – and especially cats, who were having a rough time in the 19th century.

While domesticated dogs had been in North America for millennia, cats were relative newcomers, arriving just a few hundred years ago with European colonists on both seaboards. Felines were indispensable for the shipping industry, catching vermin and protecting food stores in cargo holds and passenger vessels, both.

In homes of all classes, good mousers were welcomed for pest control purposes but not usually thought of as family members. Most had their freedom to come and go as they pleased. Cats were simply a part of the environment, their numbers naturally regulated by the amount of food, shelter, and hunting opportunities around them. The Industrial Revolution, however, threw this balance out of whack.

From 1890 to 1910, Philadelphia’s population (and indeed the whole country’s) grew at an enormous rate. Booming factories required big workforces, attracting millions of immigrants to bustling blocks of rowhomes cropping up to fill the need for affordable housing. As communities grew denser, they could sustain bigger colonies of cats; however, their necessity was greatly reduced by modern storage methods and a decline in local agriculture. As a result, thousands of unwanted felines roamed the docks, dumps, and alleys of Philadelphia.

Perceived as a nuisance and public health threat, these hapless animals were routinely and indifferently hunted down, often slaughtered for sport or even skinned by furriers for low-quality pelts (they don’t tan very well). Probably just as many lost their lives under the wheels of wagons and streetcars, whizzing this way and that. The ones who managed to avoid a violent end were often doomed to a life in survivor mode, subsisting on filthy garbage and disease-ridden rodents. It was out of these sad streets that came new hope for unwanted pets everywhere.

Elizabeth Morris was born in Philadelphia in 1827, the oldest of Warder Billington Morris’s three daughters. The family lived around what today would be the Society Hill/Washington Square area. They were quite well-off: Warder owned a wholesale pharmaceutical company, and also ran a drug store near their home. When he died in 1863, he was worth $50,000 (almost $1.1 million today).

Growing up, Elizabeth was taught to cherish animals, so few were surprised when she founded the country’s first animal shelter in 1874. She named it “The Refuge for Lost and Suffering Animals,” but people called it “The Cat Home,” because the majority of her rescues were cats. Before long, she’d outgrown her space on S. 10th Street and relocated to its current location at 1242 Lombard, where Elizabeth cared for hundreds of thousands of furry friends until her death in 1907, at age 80. 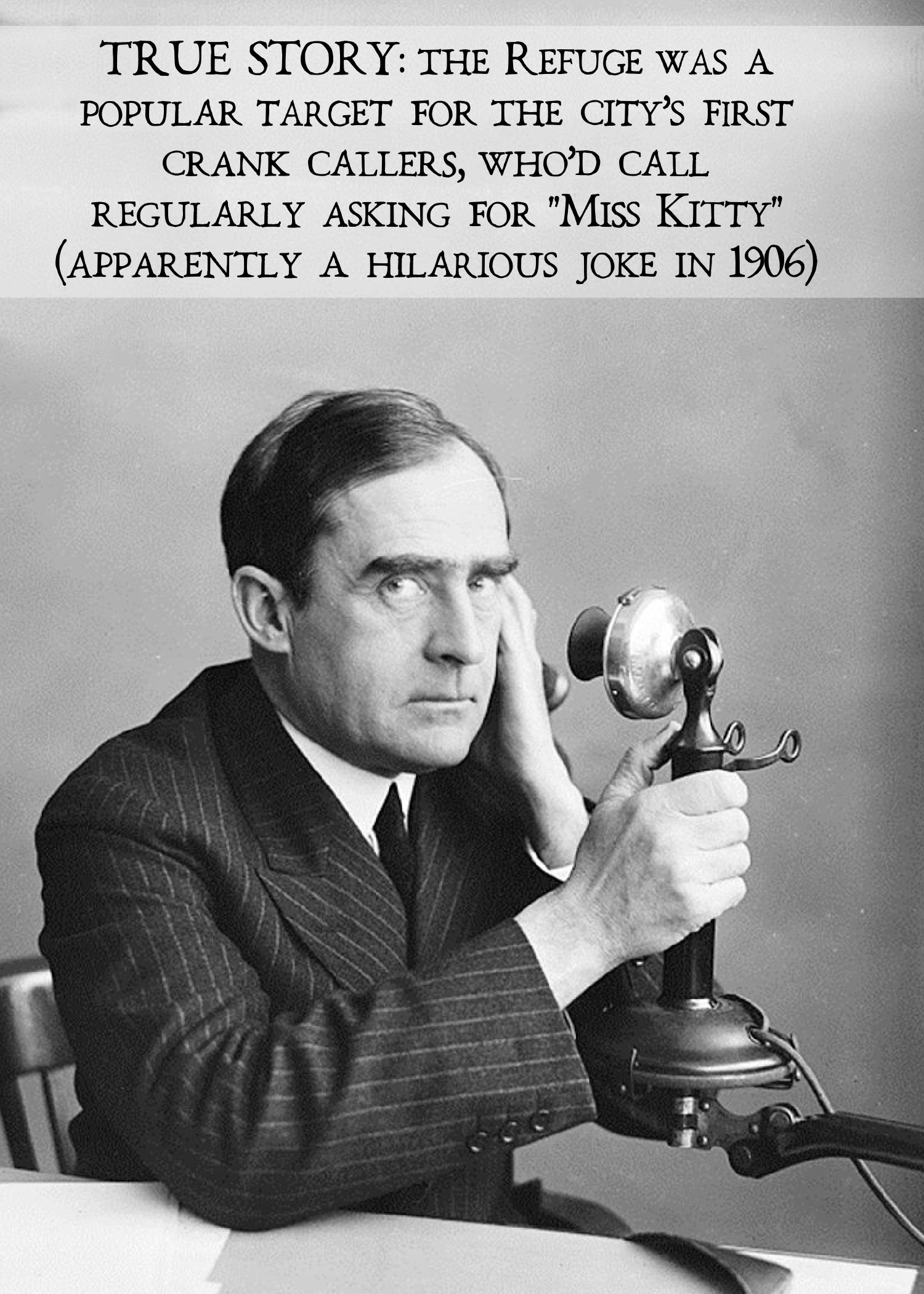 But compassion for cats was not just reserved for wealthy women. Ruth Darling was a housemaid working for a rich lumber magnate in Philadelphia. After 60 years of faithful service, she took to her deathbed in the autumn of 1900, and told her employer to use her savings to establish a hospital bed where a cat that’s hurt or sick can be helped. Her boss basically rolled his eyes at such an outlandish expense that certainly her meager earnings would not afford.

Wouldn’t you know it? Ruth pulled out a bank book from under her pillow, and showed him a truly impressive balance she had been squirreling away all these years. Ruth soon died, and just as she asked, a large crate was purchased for the Morris Animal Refuge, emblazoned with gold letters: The Ruth Darling Bed. For many years after, the bed was reserved for cats of low-income households, who would get free medical care there.

Today, Morris Animal Refuge continues to provide quality care to both cats and dogs, where 98% of intakes find forever homes. Learn more about Morris Animal Refuge on their website, and in Bob McNulty’s original article, which provides much more detail on Elizabeth and her family, plus some great pet stories from Philadelphia history, including: 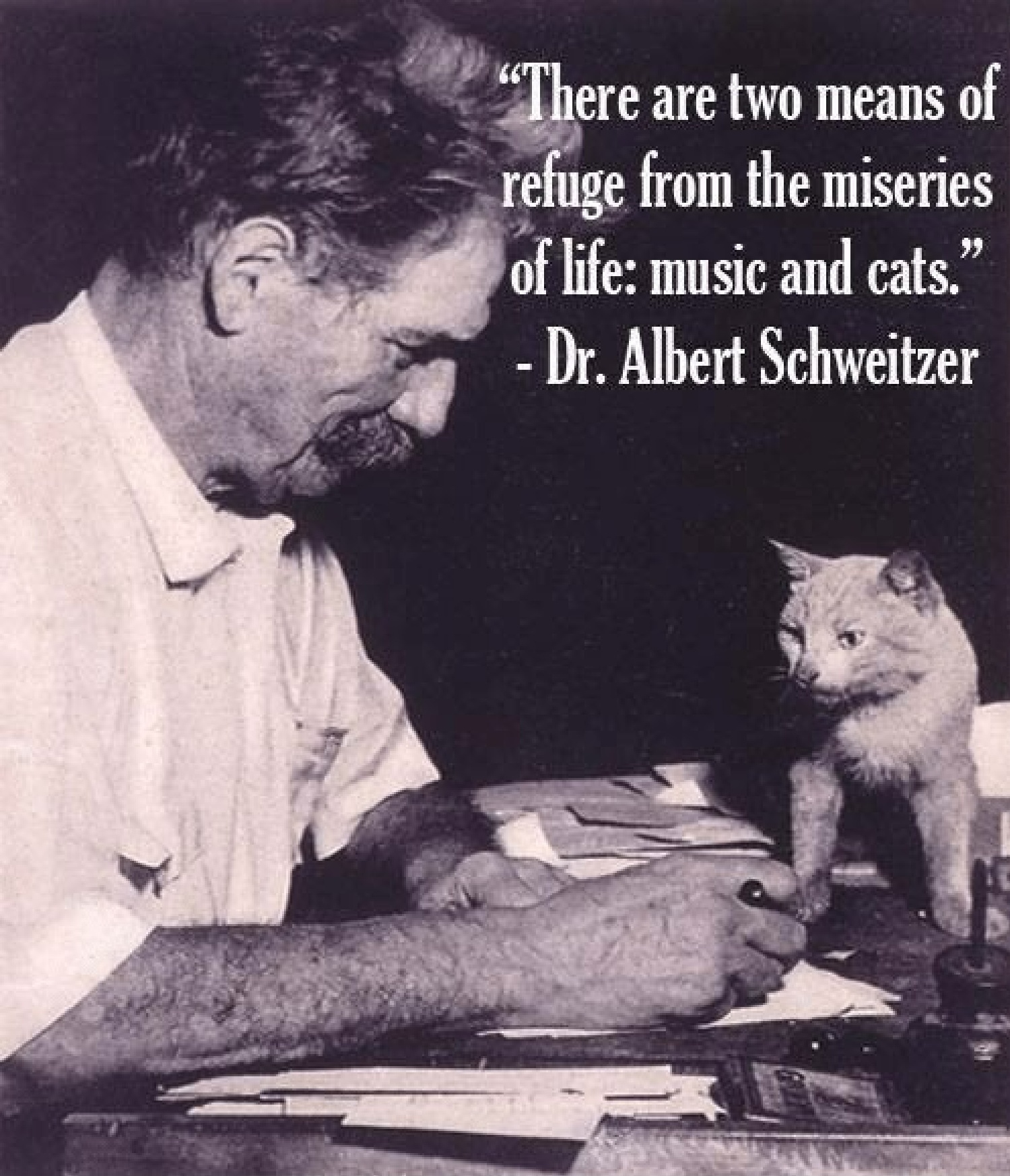 It is estimated that 3 out of 4 American households do not have a cat in 2023. What a shame! They are easy to care for, cheap to feed, and can bring so much joy to our lives. Please consider opening your heart and home to one of Philadelphia’s shelter cats.

This story is dedicated to the loving memory of Trent, Jane, Ruth, Hobbes, Mr. Jimmy Gatsby, Bridget, James, Elsa, Tigger, Charlie, Kitty, Banjo, and Jack — and to the three cats who currently own me: Trouble, Lily, and Frankie. — Researched and written by Bob McNulty, March 29, 2014.

LEARN MORE ABOUT MORRIS!
Founded in 1874, the Morris Animal Refuge is dedicated to finding positive, humane outcomes for animals in need. America’s first shelter, Morris Animal Refuge was a pioneer for animal welfare and, over the years, became a hub for regional animal advocacy. Today, the Refuge provides a full range of preventative, protective and adoption services for homeless animals in the Philadelphia area, including free vaccine clinics in partnership with the Banfield Foundation. Their center city facility intakes about 100 pets per month, with a save rate of over 98%. Please consider donating or volunteering today. 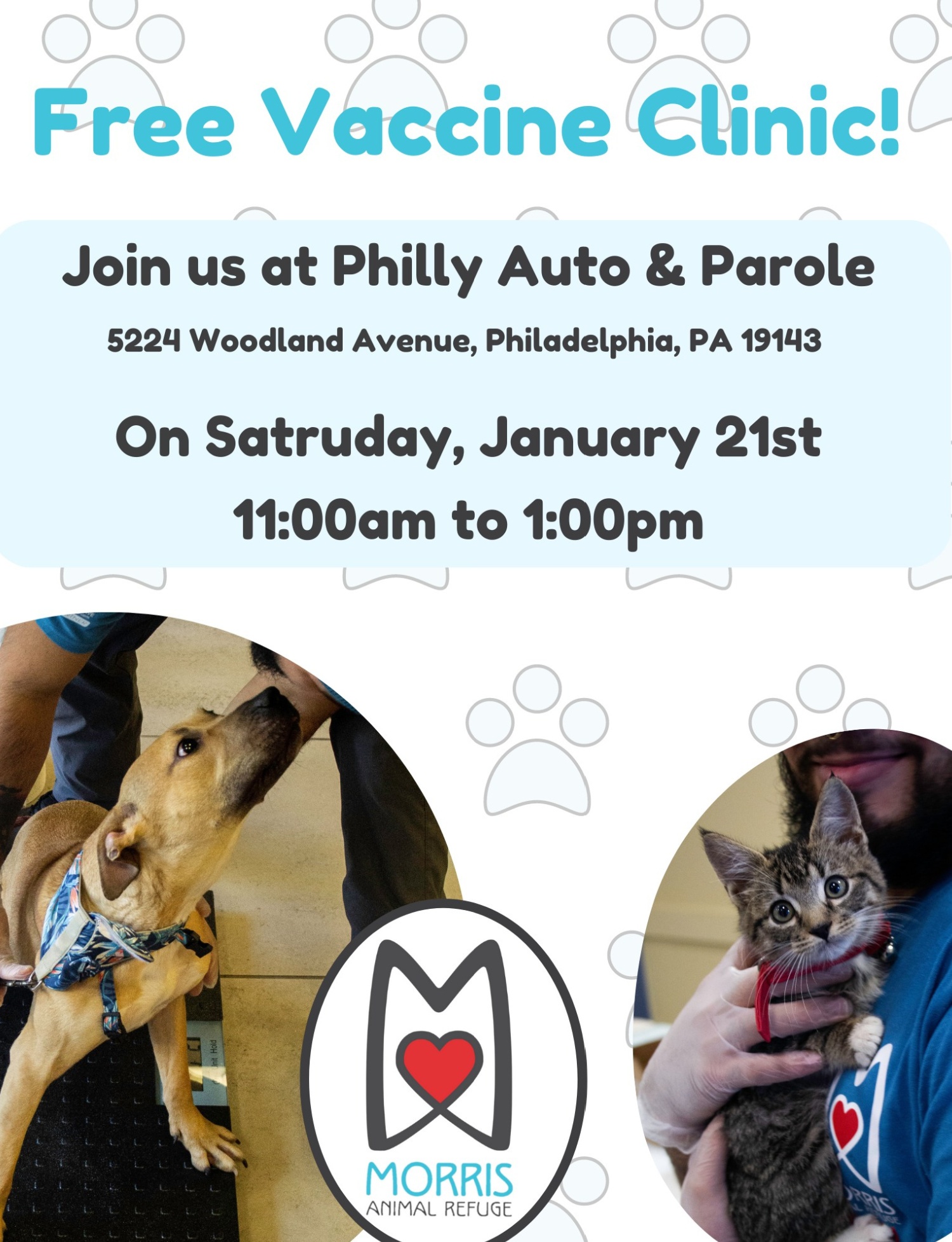 This post is an encapsulation of a much longer article researched and written by the wonderful Bob McNulty. Originally published December 16, 2014. Please click through for full text with details & narrative flair that bring this important local history to life. For more great tales from local history, follow @PhiladelphiaStoriesbyBobMcNulty on Facebook.

About Philadelphia Stories By Bob McNulty 7 Articles
Philadelphia Stories by Bob McNulty. Lifelong Philadelphian Bob McNulty tells fascinating tales about ordinary citizens and extraordinary events from the city’s long history. Ranging from whimsical to tragic (sometimes in the same story!), Bob’s tales are meticulously researched and bring to life figures and events largely forgotten today. Philadelphia Stories is a dramatic archive that spotlights everyday Philadelphians of all kinds -- men and women, Black and white, immigrant and native-born, many of whom, in Bob’s words, “didn’t have anyone to tell their story.”
Facebook

Shop Back in Time

A Place at the Table