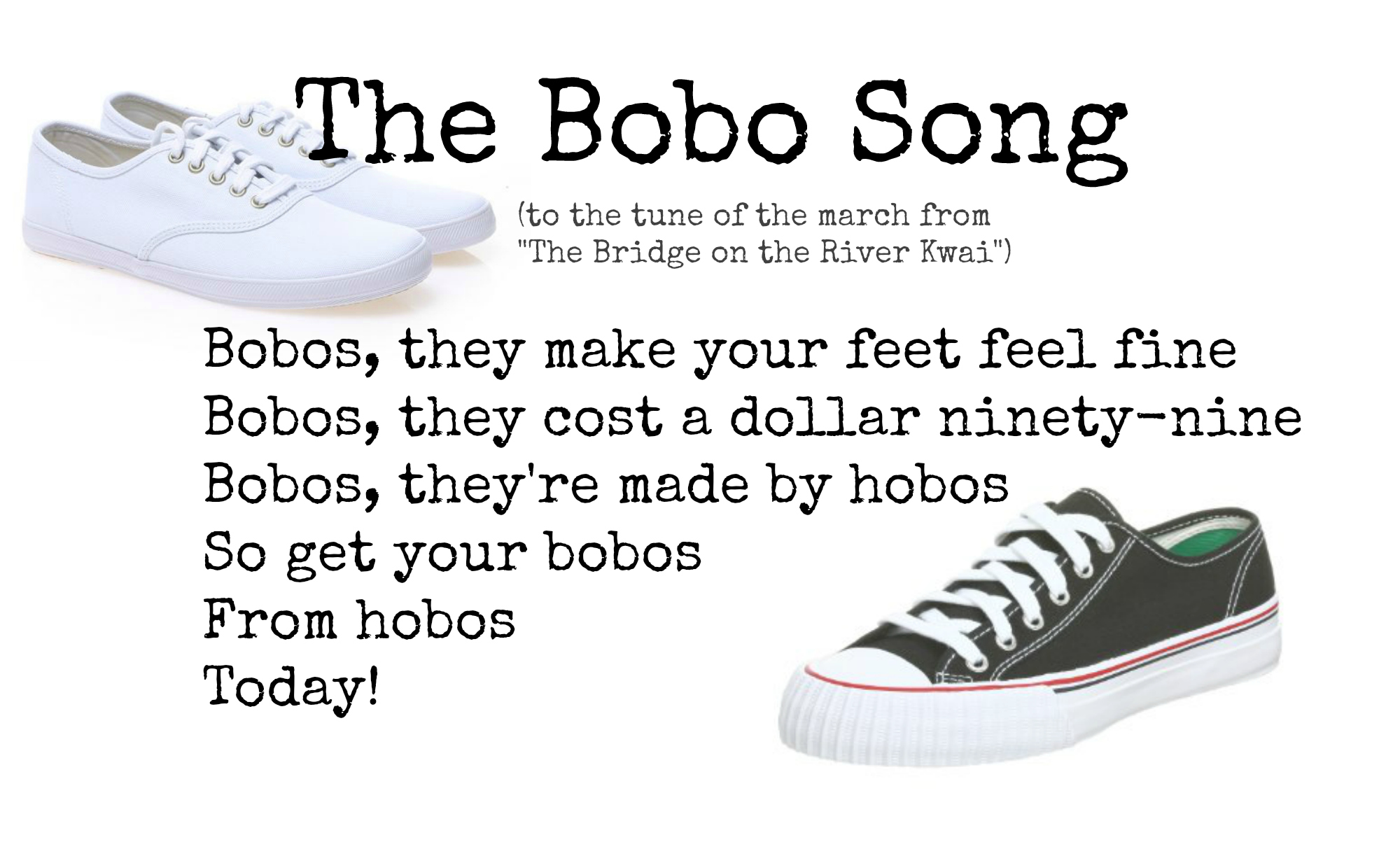 If bobos did make your feet feel fine, then Len’s Sportswear in its day made for some happy feet in East Falls. Now an abandoned lot at the corner of Bowman and Cresson, the store once provided a range of clothing including army/navy gear and lots of off-brand merchandise.

It gained some fame in a recently published memoir by former Falls resident, Joe Queenan. (Bitterness alert: It wasn’t an idyllic upbringing for Joe in the Falls Projects.) 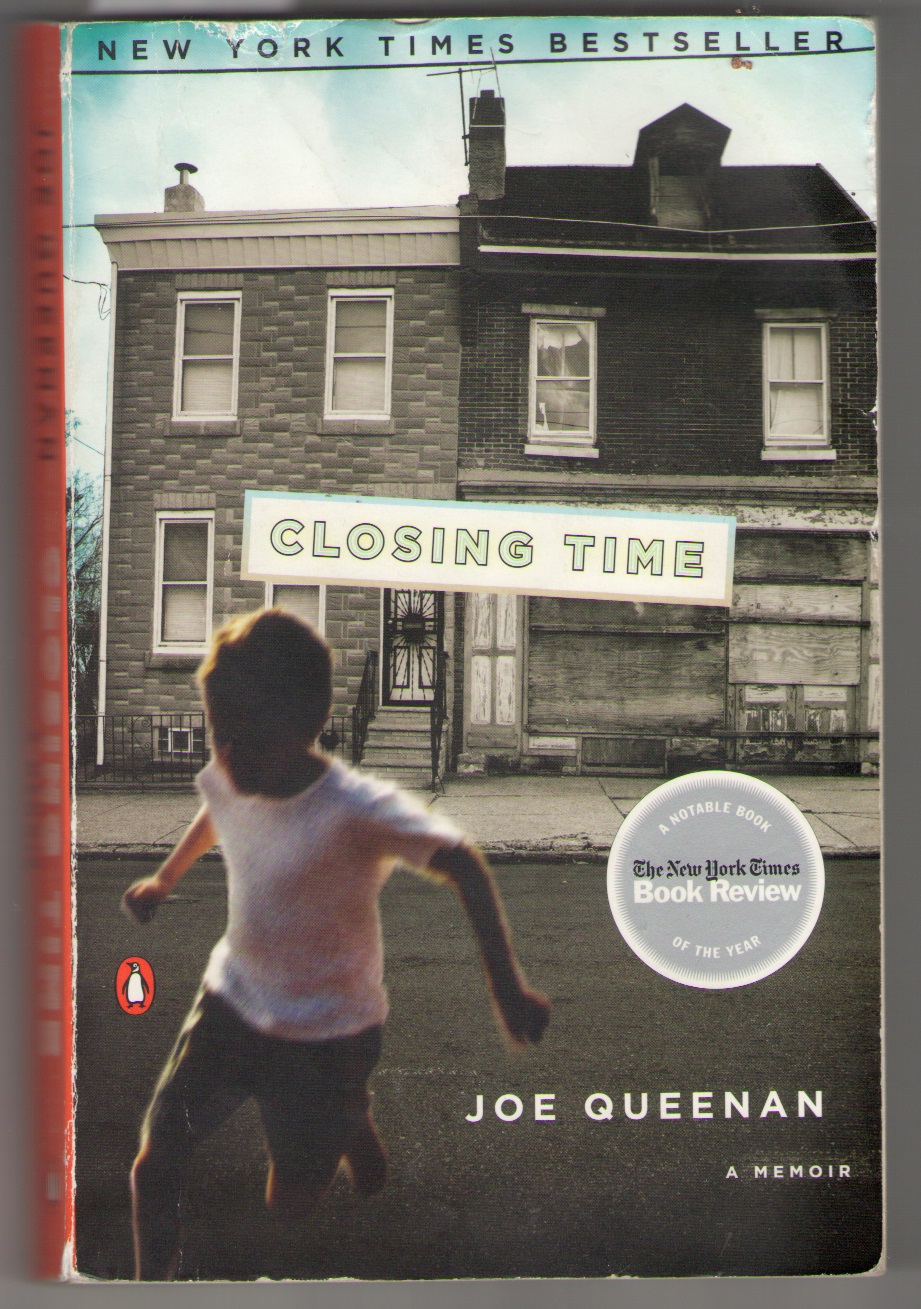 Len’s specialized in “no name” sneakers too, aka “bobos,” according to Joe Boyle of Bowman Street.

“I remember a giant size 16 Chuck Taylor sneaker he had up on the wall as a promotional thing. We always wanted the Chucks, but our parents got us the bobos.”

The store, which stood across the street from the Italian Mutual Aid Society (now Franklin’s), was a gathering place for all sorts of neighborhood characters (who Len loved swapping stories with), and bored kids like Joe looking for something to do.

“He was a fun guy. He used to bring out a couple pairs of boxing gloves and let you box out front with other kids in the neighborhood. He’d give you pointers too.”

Len had learned boxing when he enlisted in the Marines shortly after Pearl Harbor (at the age of 32!) He’d become a drill instructor and organized boxing exhibitions aboard troop ships, some of which he refereed.

Not content to being a spectator to the action, Len talked his commanding officer into letting him join the invasion of Iwo Jima. Several of his decorations for valor were displayed near the store’s register. He kept another sort of trophy under the counter, a memento of his first kill: 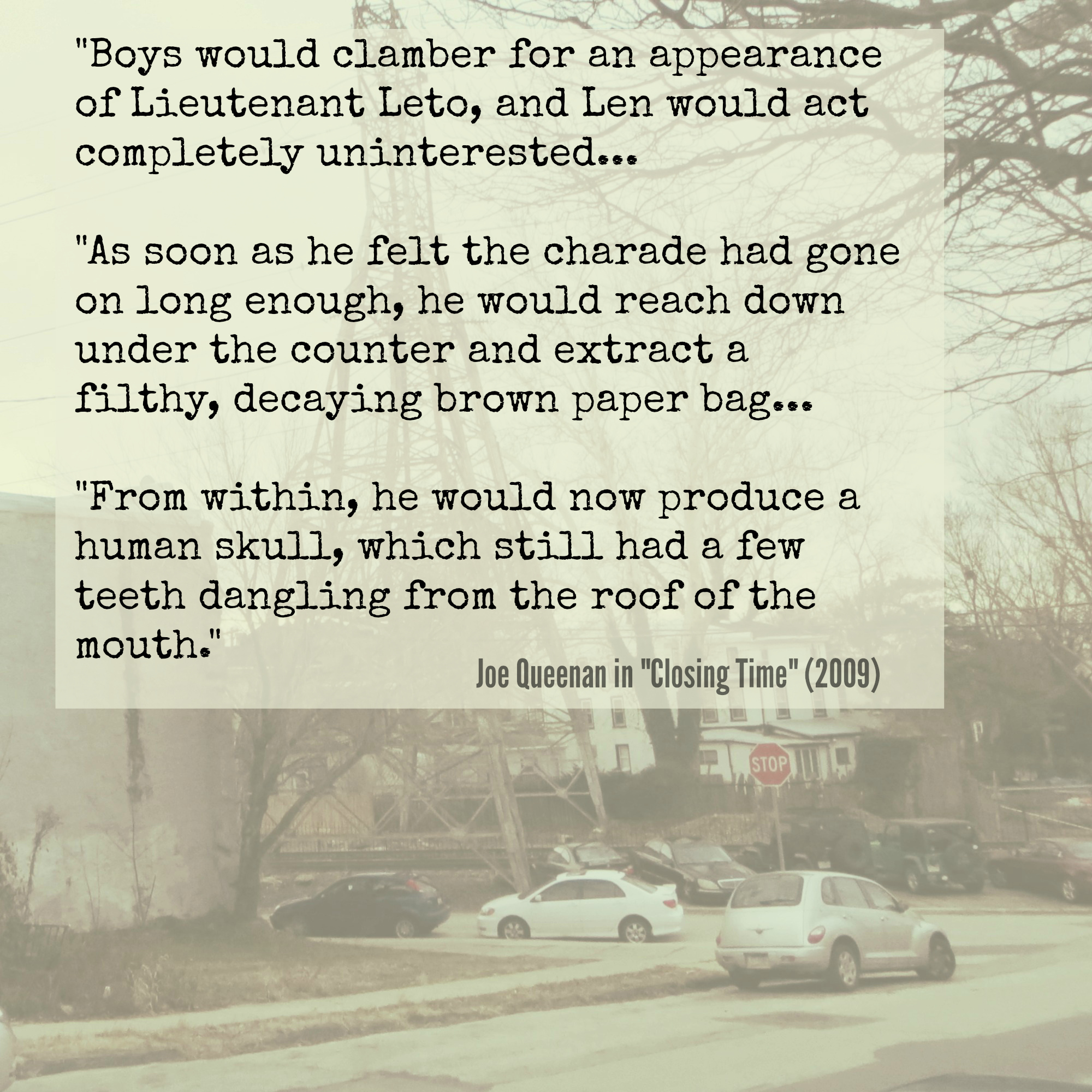 As horrifying as it is to our modern sensibilities, Queenan’s “Leto” story took place only 15 years after an especially barbaric war, of which Len had seen the worst up close on Iwo Jima.

The experience didn’t seem to affect his community spirit though. He was known to donate turkeys to the poor the night before Thanksgiving or clothing to the unemployed, often shrugging off the occasional slashed tire or broken window on his car in the rougher parts of Philadelphia. Len was also a big donor to the East Falls Sports Association.

From the EFSA’s 1981 Awards Banquet booklet (courtesy of Coach McNicholas): 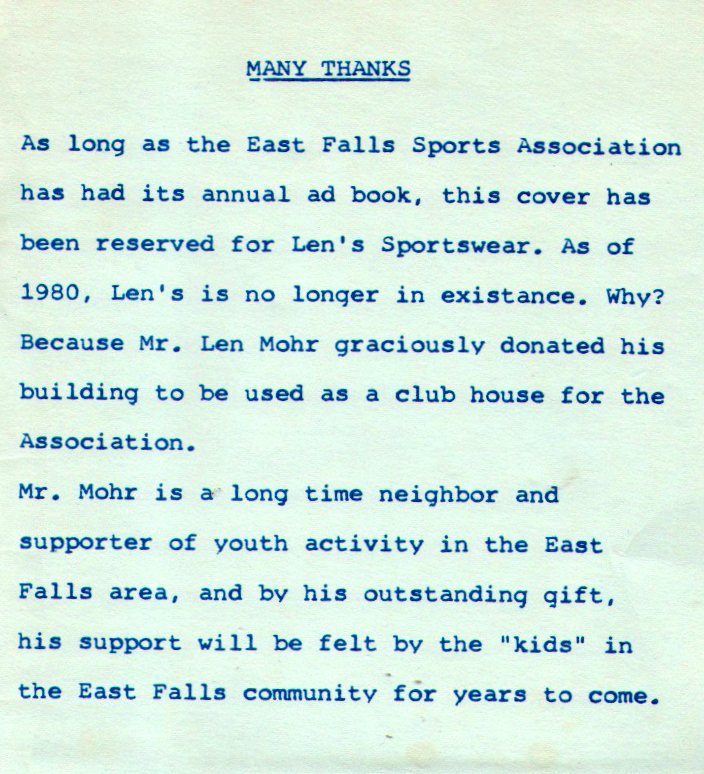 But not all stories have happy endings. “It wasn’t long after he donated the place,” said Joe, “the Association found out that back taxes were owed. So the city took it over.”

When was Len’s demolished? Joe couldn’t recall. Any neighborhood historians out there? We’d love to know more about Len and when the store came down…..

Dance On! Photo-Recap from the Falls Bridge

If you were lucky enough to score tickets to this year’s Dance on the Falls Bridge, you already know what a fantastic time it was. If not, we hope these pics (and video!) help transport you to East Falls’ biggest bash. [more…]