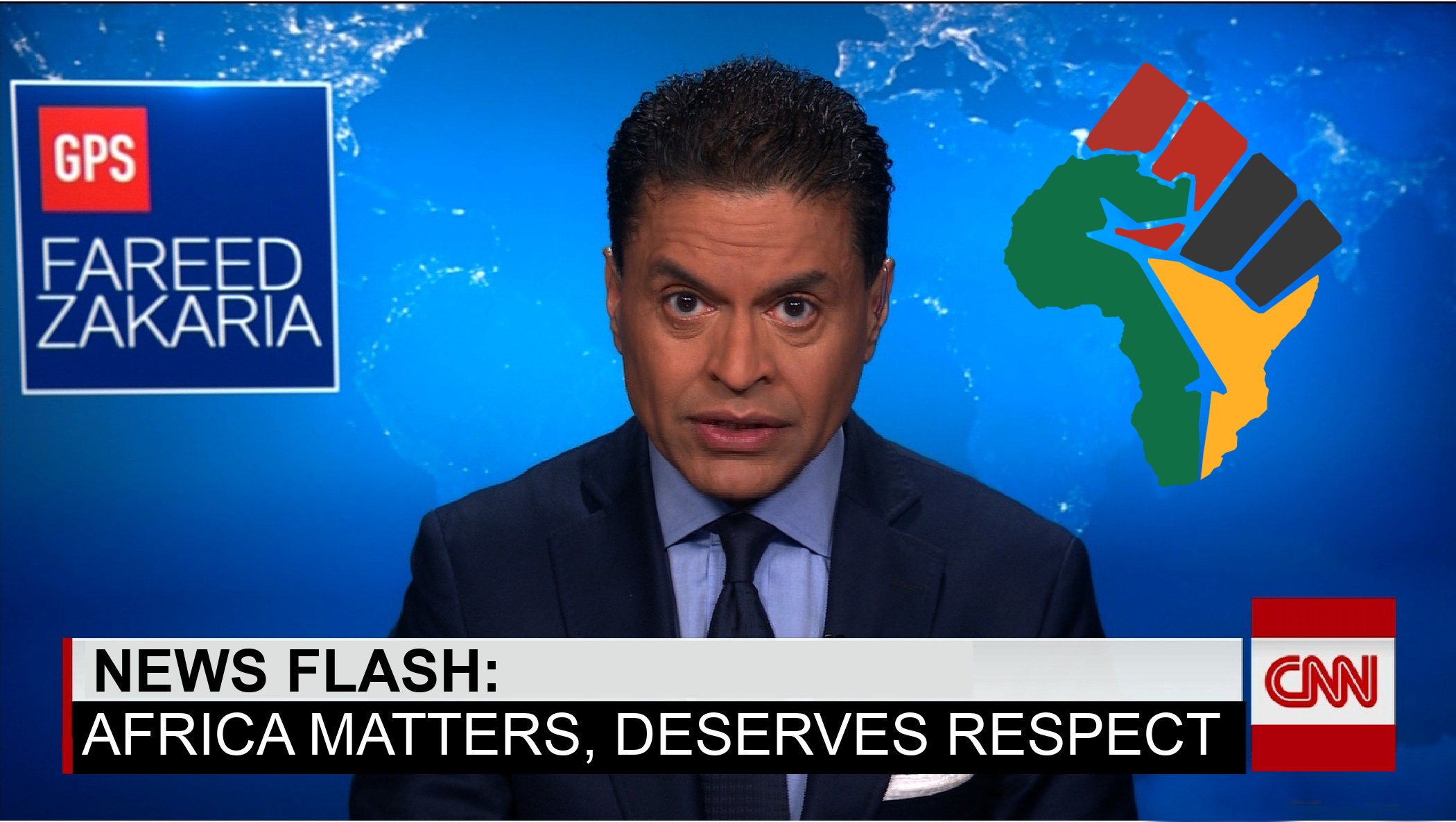 A call for color consciousness in media and global affairs

This month, I’d like to start off with a letter. Usually when I do this I’m replying to a reader, but this time I’m the letter-writer. As I was putting together my email for CNN recently, I realized I wasn’t just speaking to the network. So I’m cc’ing y’all here on a very important message.

Good day to Mr. Zakariah and to CNN,

I’m a loyal viewer, and up until now I particularly appreciated the Fareed Zakariah GPS show for its in-depth and objective analyses. When I tuned in this morning however, the ignorance on display was astounding. Frankly it felt like a slap in the face to me and every Black American, and every brother and sister in the African Diaspora. The worst part is, I bet none of you can guess what I’m reacting to.

Since it’s your show, I’ll call on you, Mr. Zakariah. Can you please tell me what’s missing in your panel of “experts from the World Stage” you assembled to discuss how the new Biden administration is being received by each global power base:

Time’s up, I’ll give you a hint: a whole continent. You’ve got the UK, Europe, Latin America, Asia…. Who is representing Africa, sir? This omission is glaring and appalling. And a grave insult to melanated people everywhere who are constantly asked to endure these slights and oversights by tone-deaf diplomacy and media. 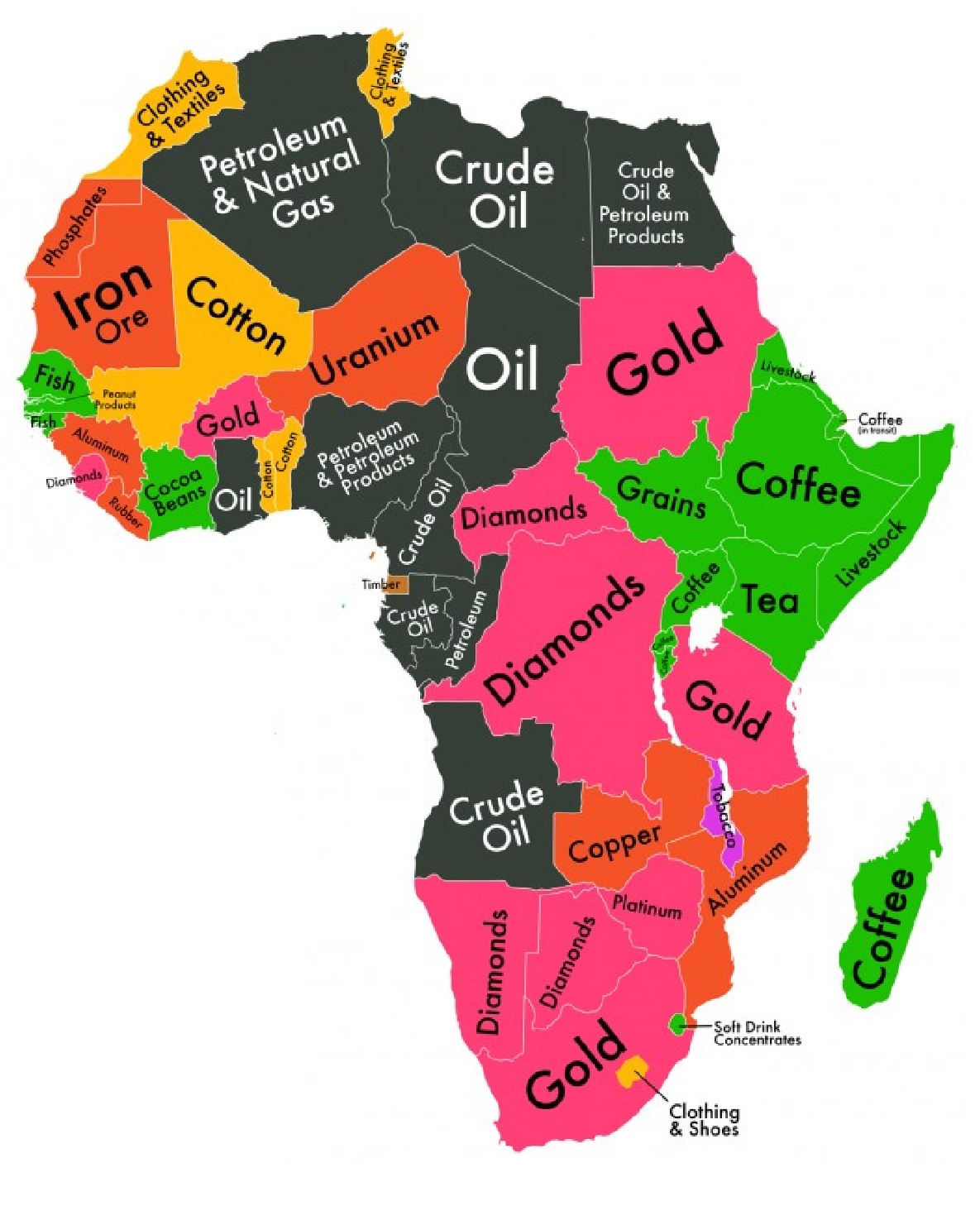 Africa is disregarded as a global liability, but industry everywhere would screech to a halt without her resources: 90% of the world’s platinum and cobalt, half the planet’s gold, and 75% of a mineral called “coltan” which is used in cellphones and other electronic devices. Diamonds, manganese, oil, copper, uranium – countries have been lining up for centuries to get their hands on Africa’s riches. Liability, my ass.

In the last 5 – 6 years alone, China has been courting Africa with tech, infrastructure and humanitarian investments, hoping an alliance could help level the playing field with the US/UK/EU, who have major interests here as well. Whether this evolves into 21st Century colonialism remains to be seen but the fact of the matter is that no one’s economy is going anywhere without Africa. The least your show could do is acknowledge that in your choice of panelists.

I and millions of Americans of African descent want to see African nations represented in our media truthfully and thoroughly, with full consideration of the continent’s value as the foundation of practically all the world’s enterprise. We’d like to see the complexity of African politics fairly portrayed – warts and all, of course, but also please give due where Africa succeeds. The coronavirus is a great example, somehow an entire continent pulled their shit together and have kept deaths and infection rates lower by half than the Western world. Ancestral knowledge, it’s a thing.

Humankind was born here, our first societies developed here. In addition to Africa’s material riches, it’s an indigenous think tank of information and understanding, gathered over millennia from multitudes of advanced civilizations. Math, science, engineering, medicine, architecture, agriculture, even politics and economics – all those ideas started here and spread to the rest of the globe. There’s still a lot the world can learn if the ruling elite will shut up for a second and listen.

Mr. Zakariah, you and CNN can set the example. Use your platform to promote better appreciation and awareness of Africa, her nations and her people. It’s time for the first World News network to step away from traditional perceptions of “power” toward a more inclusive, comprehensive and truthful representation of international relations. Thank you, Dr. Lorenzo Woodson

Ever wonder why Africa is so rich but so poor? We can “thank” the Trans-Atlantic slave trade for destroying African societies and, perhaps more crucially, siphoning off more than 100 million healthy individuals – lives who would otherwise have contributed to their land’s growth, culture, arts, economy… When we finally start talking about Reparations in this country, we’re gonna need to include Africa.

No time like the present! January 8th, H.R. 40 was reintroduced in the House to create a commission to examine slavery’s impacts and make recommendations for reparations. Now the pressure is on Biden and Harris to make good on their promises to address systemic racism. Which only makes sense, given how key Black voters were in this election.

I’ll be writing about H.R. 40 in an upcoming column – to learn more, go to reparations4slavery.com or send your Representative a message urging them to support H.R. 40. Fyi, the ACLU’s site makes it really easy, just enter your name/address and it’ll automatically contact your representative in the House (use their form letter as-is or edit to your liking). Sign a petition urging action here.

Warning: Any one of these titles may blow your mind. [more…]

A Plea to Be PC-Free

Inclusiveness is not a threat to Free Speech [more…]