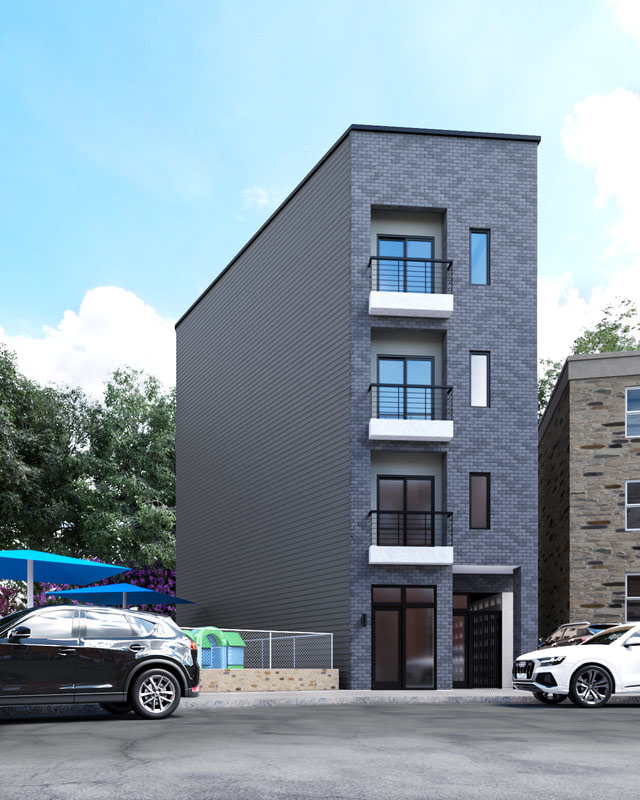 Disappointment in new development is not unique to East Falls, but a string of recent efforts has really riled up the neighbors. Add “The Modern on Midvale” to that list. Late last month, renderings of the new development on Midvale Ave. appeared on the East Falls Rants Facebook page. The three units (2 bed, 2 bath @ 1200 square feet) in the building were priced at an eye-popping $349K per unit!!! The price was a shocker, but it was the drawings that got everyone’s attention.

Danina G-F. Pretty sure that’s just a screenshot from Minecraft.

Tim Z. Seems like it would topple over in a wind storm.

Ian S. Someone finished last in their class in architecture school.

Sean M. Be careful being too critical, because whoever buys these will be our neighbors, and possibly our friends. Then what do you say about their house when they invite you over for a beer?

Jake K. Sean M. “How about you come over to my house instead?”

Sidney H. Who the hell would want to live on Midvale especially for that price

Alex S. Who needs windows? Apparently not people living there.

Jason H. My home just went up in value. Sweeet.

Francis S. Jason H. so did your taxes 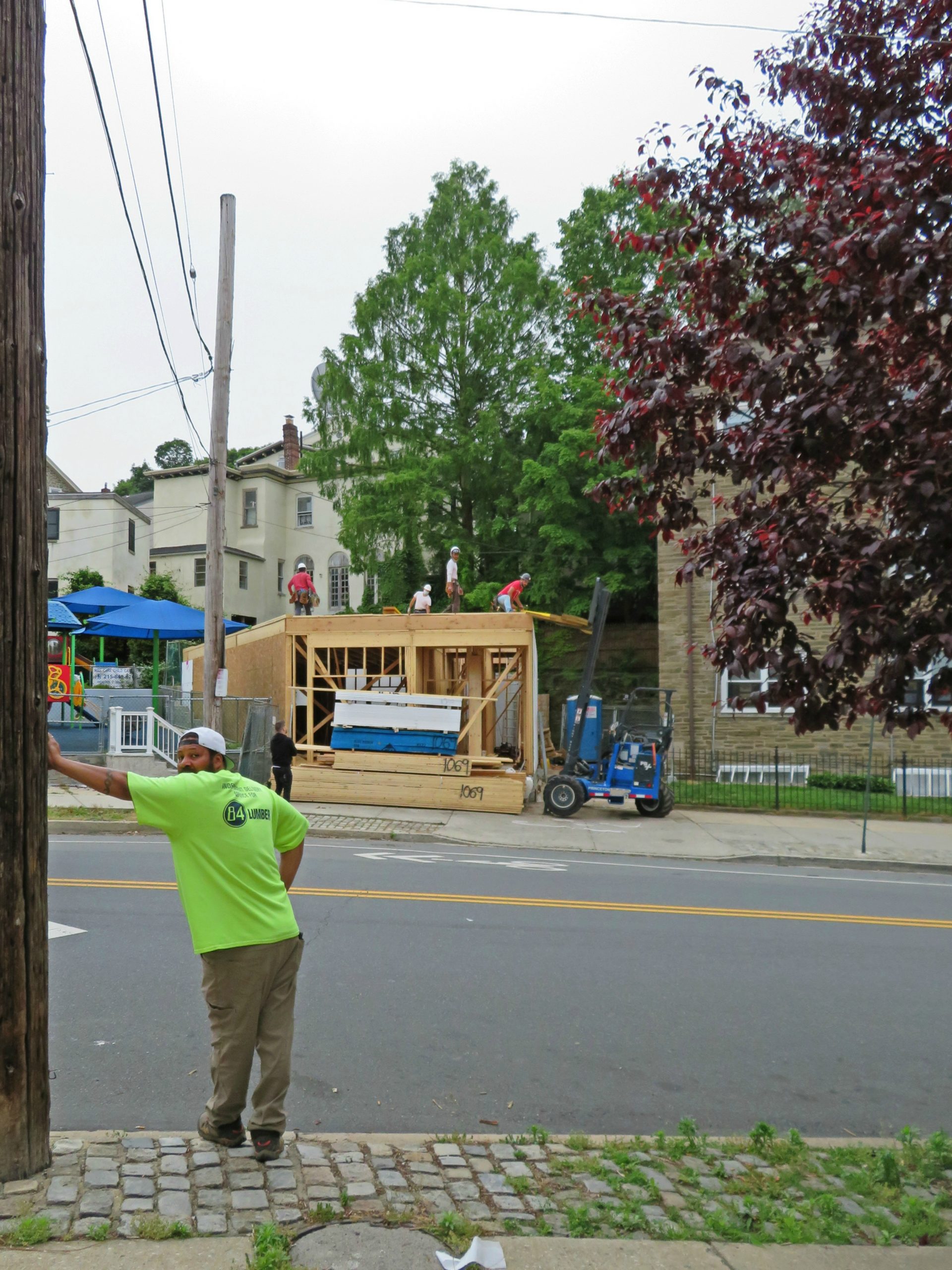 Tom M. How does that get approved?

Carolyn S. it’s “by right” under the zoning designation

Matt M. Carolyn S. exactly, and if you want zoning to be changed/updated Curtis Jones Jr is the guy since city council can change the zoning code. Or go to the planning commission to talk about steps to enhance overlay districts for the neighborhood that are designed to force developers to develop more site appropriate buildings aka spend more money.

Alex M. What do you expect a new condo building in 2020 to look like?

Dan Y. Better than a hole in the ground.

Kristin S. Dan Y. even the death star would be an improvement.

Carolyn S. I’ll be shocked if these condos sell; you can buy a number of lovely little single-family homes on great residential streets for less than these units are priced. They are going to be really dark. Depending on how much “backyard” the developers have left, there will be little to NO sun in the morning, and only late afternoon HOT summer sun in the front.

Julianne S. That price with no parking or yard!

A. No problem with the style but the lack of windows and the exorbitant price is going to be a non-starter. That price can’t be right. The dollar per square-footage is ridiculous and not at all in-line with the neighborhood.

William G. I build them for a living. They’re barely worth 200k

John G. Typical retro modernist style .. so passe and bland. Like most of the folks who inhabit these dwellings. No soul.

Jonathan K. This building sucks! I hate these Lego block pieces of shit

Bill R. Who cares. It’s action that’s happening. Just what the neighborhood needs. Who knows, more of these go up and just maybe we can have East Falls sports association come back. Maybe a nice young couple with kids will move in. 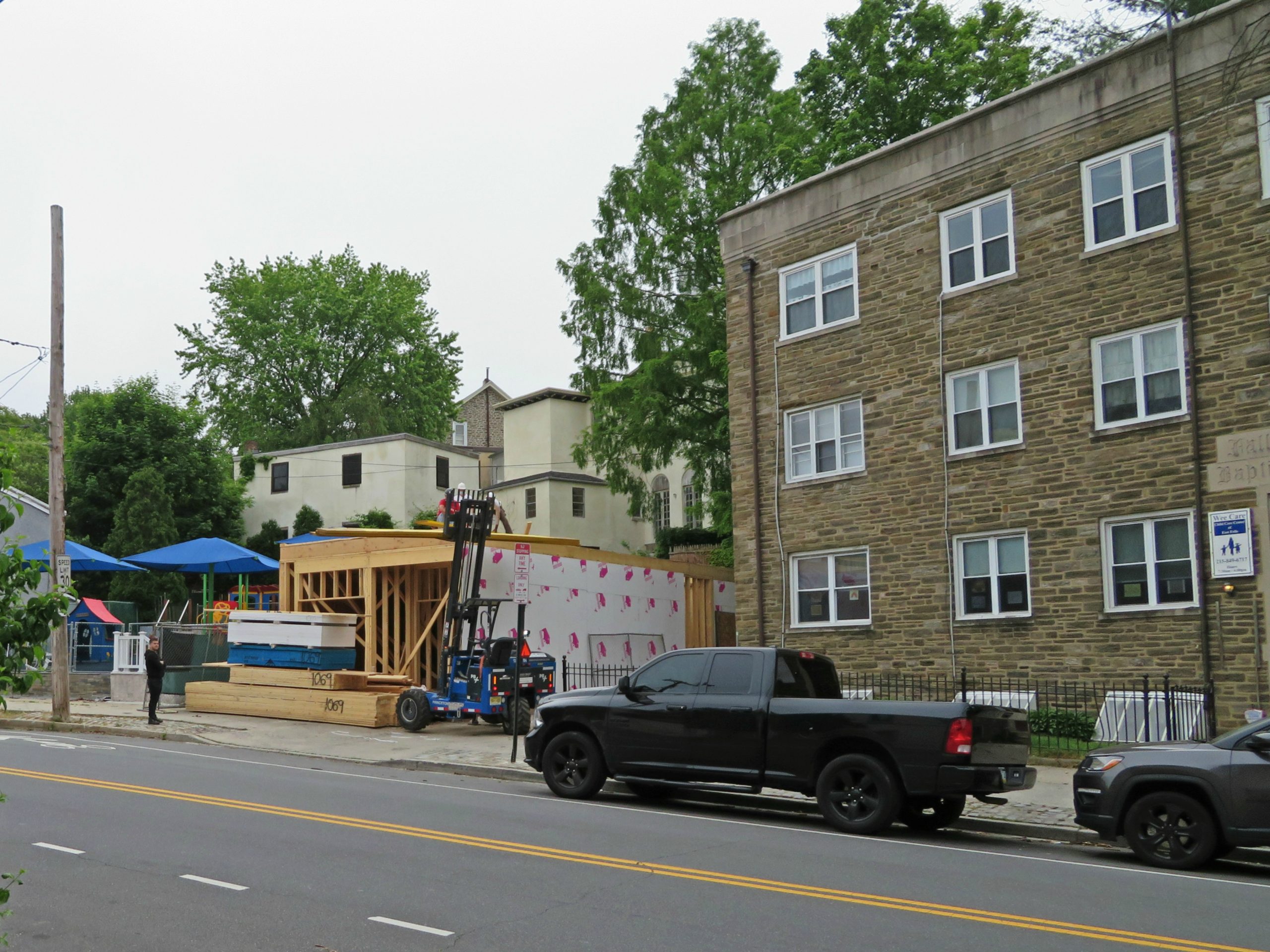 Jonathan K. Bill R. I care, you can have affordable multi-unit properties that are built well and don’t look like cookie cutter monoliths from passe sci-fi movies. These properties are built cheap, don’t match the neighborhood, and are extremely overpriced….

Bill R. Jonathan K. listen, is it something that I would buy? No. But it’s 2020, houses like this are going up all around Philly now and have been for the past few years. People now are paying 600K + to live in Kensington. I grew up in EF and I think it’s exciting that the neighborhood is getting some action. People said the same thing about the brew pub that went up on school house lane. Said it “didn’t go with the neighborhood”. Place is packed most of the time and has also raised the value of some of the surrounding real estate

Jonathan K. Bill R., my point is the new construction doesn’t have to look like and be built like crap. Just because other areas have it doesn’t make it a good thing. I also grew up in the area and the prices are ridiculous and it’s greed driving such projects, not altruism. There’s plenty of younger families moving into East Falls and Philadelphia without needing poorly constructed, ugly units. Look what happened in Manayunk…..if you want overcrowded, renter based neighborhood there’s your prototype…..garbage living conditions without a caring community to back it up.

Bill R. Jonathan K. real estate market works as any other market. Supply and demand. When demand is greater than supply, prices rise. It is a shame the way houses are being built these days but it is what it is. But greed and overcrowded and garbage living conditions? I don’t think that’s what we’re dealing with here. Hate to break it to ya but East Falls is a renters based neighborhood, or at least its trending that way. There is no more school district. Aside from the native fallsers who have been there since the 70’s 80’s, most people are renting these days in the city having kids and then buying in the suburbs. That is unless you’re buying on warden drive and sending your kid to Penn Charter.

Trinette G. This shall be henceforth known as Hallway Hell House.

Venting from Within: A Member Breaks Ranks

A dissenter in our local Community Council?!  An executive member’s recent exposé outlines the fear, entitlement and humorlessness he’s observed from the inner circle of EFCC. The post showed up yesterday morning — innocuously titled “A Neighborhood Story” but [more…]

Exercise as a Means