As The Local grows in diversity, conversations are getting way more interesting. 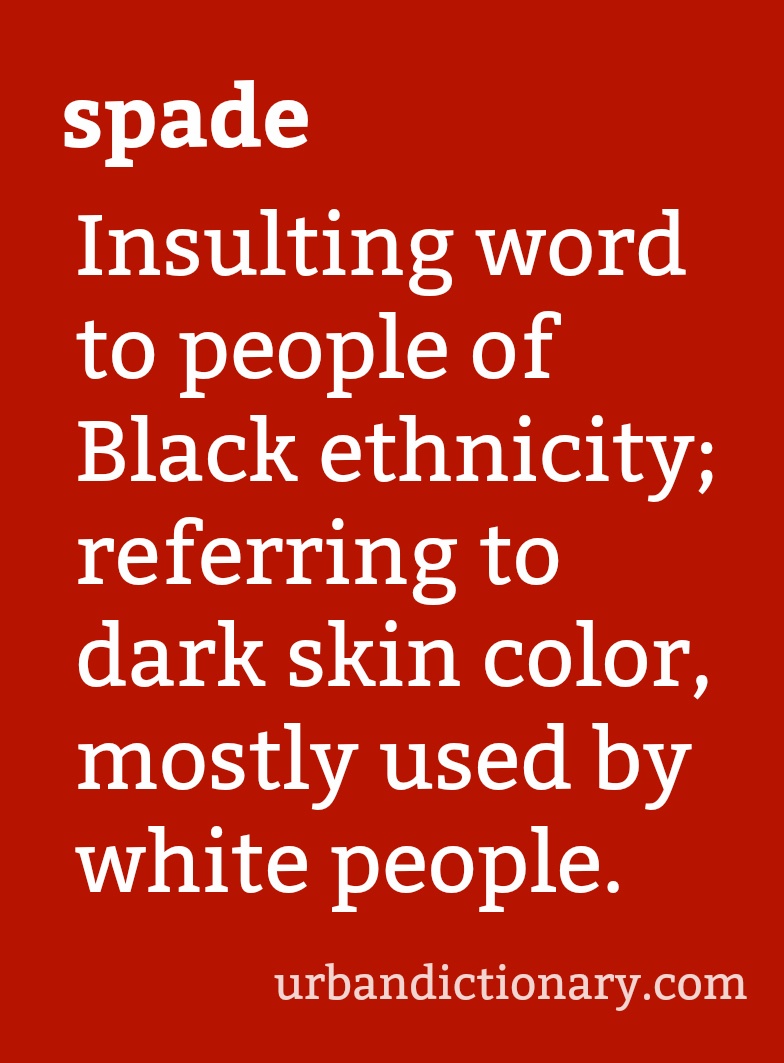 What do you think about the word “spade”?

Seriously. Where does your brain go, when you hear someone say it?

Maybe you picture a garden tool. Or a playing card – say, the Ace of Spades. You might even think of David Spade or Kate Spade or that time you had the cat spayed. But unless you’ve lived an extremely whitewashed life, chances are you’d also be familiar with how the word can be used as a slur against Black people.

Which explains why Steve and I were like “Uhhhhhh….” when Dr. Woodson and his wife Cheryl floated the word and asked us what we thought. We’d just been enjoying a friendly dinner over ZOOM, and for a moment there neither of us wanted to buzz in on that vocabulary quiz. It seemed, I dunno, somehow impolite to acknowledge that the word had a racial connotation.

Homina homina homina…. What’s that about? We’ve had enough Diversity Equity and Inclusion training to flag this as problematic, but after that we’re kinda out to sea…. All our training as white people has steered us to play dumb, for fear of saying something stupid. Those are bad instincts.

These days, we’re trying to do the opposite. So we came clean: yeah, we’ve heard the word used that way, and no it’s not nice. And because we were recording the meeting, you can literally see our faces freeze awkwardly, like we’re waiting for them to go, “Ah ha! Racists!” or something.

It’s hard to describe, but it kind of felt like suddenly we weren’t “qualified” for this part of the conversation. Reminded me of the senior year French class, when the foreign exchange students came and you could just see in their faces we were mangling their language. Sorry, this is all we know!

In reality, Cheryl and the Doc were just setting up a story, trying to share a typical experience with race in daily life. Recently at work, Cheryl was surprised to discover that some white people in management positions were totally cool with the phrase “call a spade a spade.” In fact, the trainer at a recent “Civility” seminar used the phrase not once but four times (!) during her presentation.

“I could tell she was speaking from a script, so this was very intentional” – and a big problem for Cheryl. A quick google turned up a bunch of articles about how the term’s technically not racial (it refers to a garden spade) but it’s still considered poor taste to use it these days. 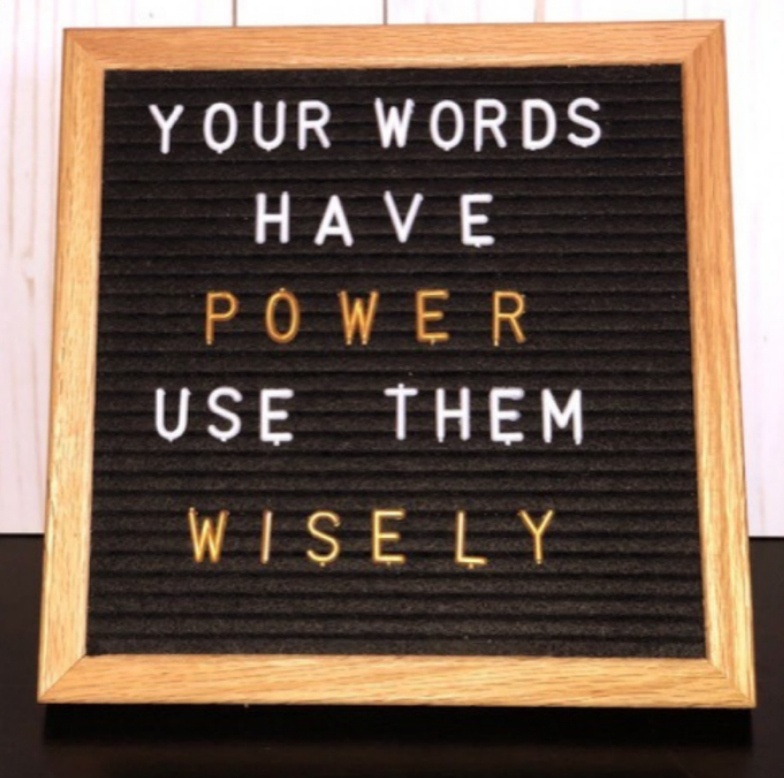 Cheryl printed all this up and reached out to her manager. “I’m not trying to make trouble,” she told her, “But someone needs to tell her she shouldn’t be throwing that word around!” Especially not during a CIVILITY lecture.

But Cheryl’s manager pushed back! “My family is blended,” she told her, “And I’ve never heard that term used that way.”

“Well my family is all Black,” Cheryl shot back, “And I can tell you I have.”

Zing. Fast forward two weeks (and many emails), Cheryl finally got her meeting with the Civility coach, who apologized and thanked Cheryl for her feedback. “I could really see she had done her research and I was glad she understood what I was saying,” she said. The woman assured her she would never use the term again.

Her manager with the blended family, however, used the occasion to tell her again she was being too sensitive. “A lot of people don’t know that word.” Cheryl wasn’t the only Black person attending the Civility talk, but she was the only one who complained. Maybe they weren’t aware that word is offensive? That they didn’t have to hear it repeated in their presence?

Or maybe they just don’t want the hassle? We could hear the weariness in Cheryl’s voice, describing the tone deaf comments she had to endure, the dismissal of her experience and, on top of that, a slight from someone who is supposed to be her advocate. All that frustration, to change one white person’s mind. About one word.

What a lost opportunity! Cheryl’s manager could’ve learned a new perspective, maybe picked up a little American history. Even sadder, she missed the chance to practice listening and acknowledging racial experiences – which is a wonderful skill that can literally change how you view the world.

But change is scary, I get it. And it’s easier to write Cheryl off for being too touchy than to agree that there might’ve been a racial slip under your watch. A person could lose their job, after all. But if our goal is an equitable and inclusive society, we need to learn how to communicate about race truthfully and respectfully.

Even if it means saying the wrong things and getting called out for it. Especially so – there’s really no other way but to admit you don’t know something and seek to learn more. If you’re lucky, you’ll have friends like Cheryl and Dr. Woodson who give it to you straight but with love and patience. Who will leave you proud and grateful for their lessons and insights. 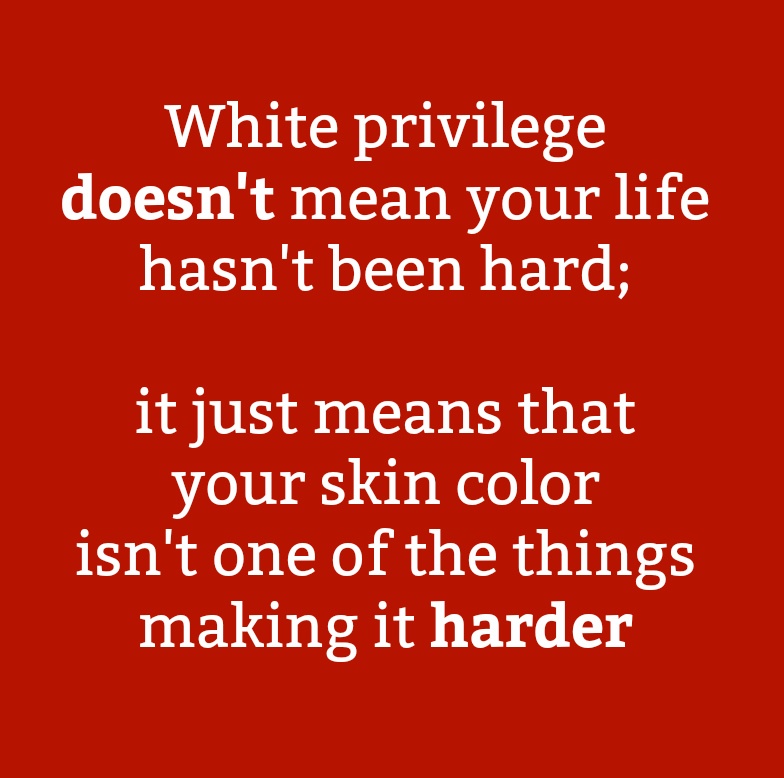 Big thanks to Cheryl for sharing her stories, and to Doc Woodson for feeding our brains with Black history, social justice, systems theory and more. Shouts out to the Independence Public Media Foundation and Point Made Learning for funding and providing our first Unconscious Bias project (and inspiring a new Mission for the paper).

LEARN MORE! Click the links for lots more information. Agree? Disagree? Please share your thoughts in the Comments section below.

Happy Birthday, America! Dr. Woodson gets this party started with some truth that bears repeating: people of all colors founded this country. [more…]

Bent But Not Broken

Ride for a cure! Local columnist shares his struggles with a rare neurological disease that’s getting some much-needed attention. [more…]

Dr. Woodson’s pissed about new tax breaks for wealthy investors opening the door for too much change in Germantown. [more…]