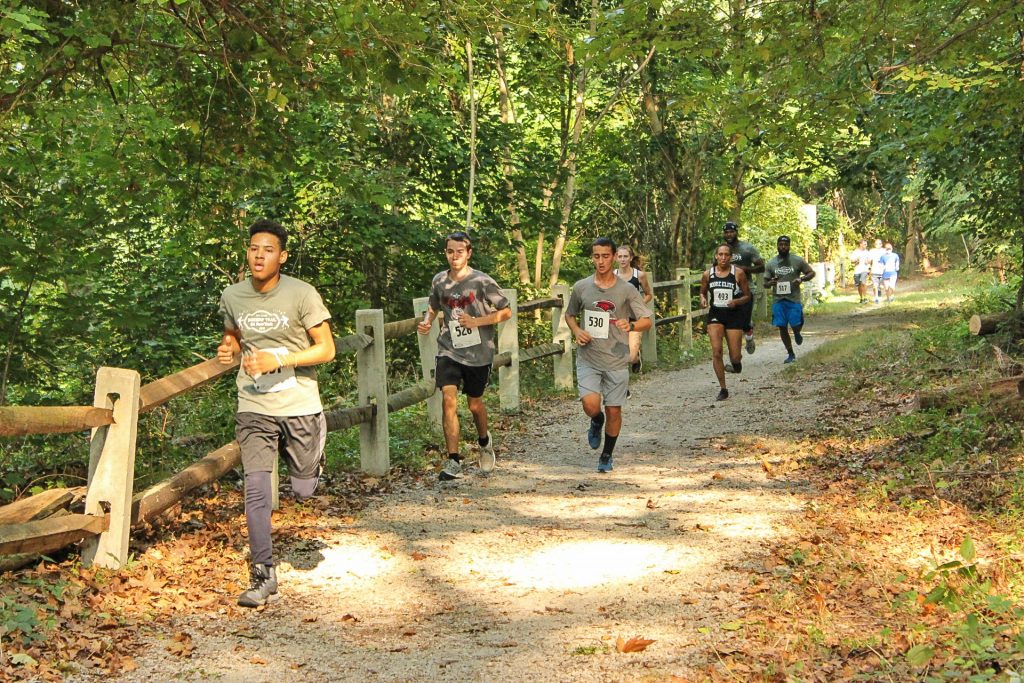 Fall in Philadelphia. Time to get back to school, back to work, back outside now that one of the hottest summers on record is over. One of the greatest aspects of living in East Falls is that we are so close to the best biking and hiking trails in any urban area in the United States. And while we all have our favorites, whether it is Kelly Drive, Forbidden drive, or Martin Luther King Drive there is always something new to discover just around the next bend of the river.

Beyond Laurel Hill Cemetery, above the Schuylkill, is Boxer’s Trail, once used by the legendary “Smokin'” Joe Frazier to train for his brutal fights, now used by members of local boxing gyms, bicyclists, joggers, birdwatchers and hikers. The 3.8 mile trail starts just off North 33rd Street, on Reservoir Drive. The trail turns from pavement to wooded trail that weaves through Fairmount Park, passing historic mansions like Mount Pleasant and Laurel Hill.

Every fall, for the last eight years, the Fairmount Park Conservancy hosts a 5K run along the trail to benefit the park and Mander Playground. According to “Walk or Run the Boxer’s Trail” by Darren Fava, on phila.gov:

The trail underwent a complete restoration in the early 2000s, the first project done in partnership between the former Fairmount Park Commission and the Fairmount Park Conservancy. Before that, the Boxers’ Trail was a narrow, unpaved, underutilized path. The completed trail now connects the historic Smith Memorial Playground to Fairmount Park’s historic mansions and the Strawberry Mansion neighborhood, providing better access to the trail and encouraging a new set of park-goers to get out on the trail and enjoy it.

On a recent Thursday afternoon, the trail was empty except for the ghosts of Philadelphia fighters long gone and the chipmunks scurrying for cover. Here, even with the cars on Kelly Drive roaring below it is possible to feel alone in the sixth largest city in the country, beneath the canopy of trees above. On the way to the trail one can pass the Sedgley Woods Disc Golf Course and Strawberry Green Driving Range where balls are hit in the shadow of the John Coltrane House. The trail is a reminder of how much history, culture and nature exists in this city, just a short bike ride or walk from East Falls