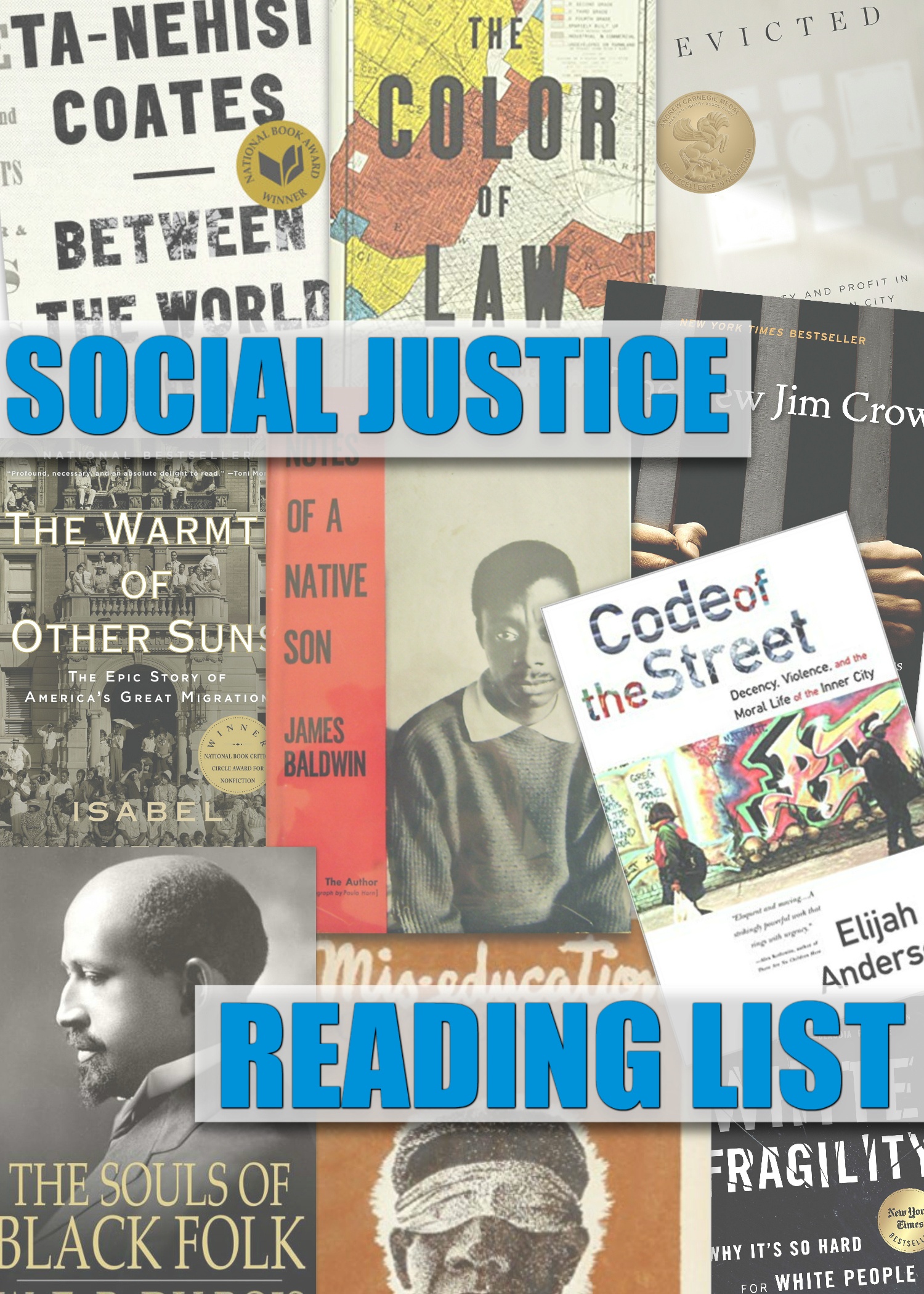 Hello readers! October marks my one year anniversary writing for the Local. It’s also National Book Month – a great time to acknowledge that I wouldn’t be where I am today, if I hadn’t made reading and learning a priority. It has been my pleasure to share information and engage in conversations with neighbors online and in the community.

A few months back, a reader requested a Library List, and I challenged myself to find ten titles that are most likely to bust your head open. In a good way! Show you some shit that’s going on. Make you see new systems at work.

Surprise: these aren’t radical treatises but classics in education, sociology, ethnography. National award winners and such. Each book in its own way unmasks a layer of collective delusion we’re all under – and tells a good story, too. Because I don’t have time to read books that don’t hold my attention. These ones in my list are page-turners and eye-openers, both.

Any one of these titles could be dangerous – for the status quo. Take my October Book Challenge and I promise you, it’ll seem a whole different world come November. PS Keep this book list in mind for Black History Month and Juneteenth, too!

A thunderous book about how our country’s educational system has grossly (and purposefully) ignored and misrepresented African Americans – all the better to rule and control us:

“If you teach the Negro that he has accomplished as much good as any other race he will aspire to equality and justice without regard to race… Play up before the Negro, then, his crimes and shortcomings. Let him learn to admire the Hebrew, the Greek, the Latin and the Teuton. Lead the Negro to detest the man of African blood–to hate himself.”

Woodson also speaks to the corruption and toxicity of organized religion, and how Black churches were being used to indoctrinate POC into believing in their own inferiority. Powerful stuff in 1933 that’s still painfully relevant today.

Speaking of educational systems – you’ve heard of the School to Prison Pipeline, haven’t you? It’s a racist racket where poor city kids are pushed from public schools (where they cost money) to prisons (where they make money for private investors and politicians who are “tough on crime!”). This book proves how our criminal justice system specifically seeks to destabilize and disempower POC communities in a massive-scale effort with full government support.

Sound crazy? Think again. The author is a former litigator (and current legal scholar). Her research is meticulous, fascinating and soul-crushing. The US locks up more people per capita than any other country in the world, and the number of black people in prison is 300% greater than their percentage of the general population. Mass incarceration should be the next front of the Civil Rights struggle.

It’s not just schools and prisons that are rigged against POC’s, but the banks and real estate investors, too. This book lays out how from the 1930’s until 1968, the FHA refused to insure mortgages for African American neighborhoods, while subsidizing builders of whites-only suburban subdivisions.

Other governments followed suit: state, city councils, neighborhood organizations… Widespread, coordinated efforts to deny POC the benefits and stability of home ownership. Housing discrimination affected much more than your address, but access to fresh food, good schools, safe places to work and play… What do you leave your children, if you don’t have a house? How do you take out a school or business loan with no collateral? This book also proves the Law and white liberals can be racist af.

A fantastic read – follows eight low-income families (white and black) trying to keep a roof over their heads in a major US city today. Unbelievable real-life stories. The truth is better than fiction!

And it hurts. Poverty is a debilitating cycle that feeds an ugly underbelly of industries that conspire to kick people when they’re down. And keep them down with fees and penalties – even jail time. This book is an exposé, a wake-up call and a reality show all at once. Also a Pulitzer Prize winner. Worried about displacement in Germantown? Start here. (And then read Peter Moskowitz’s How to Kill a City). 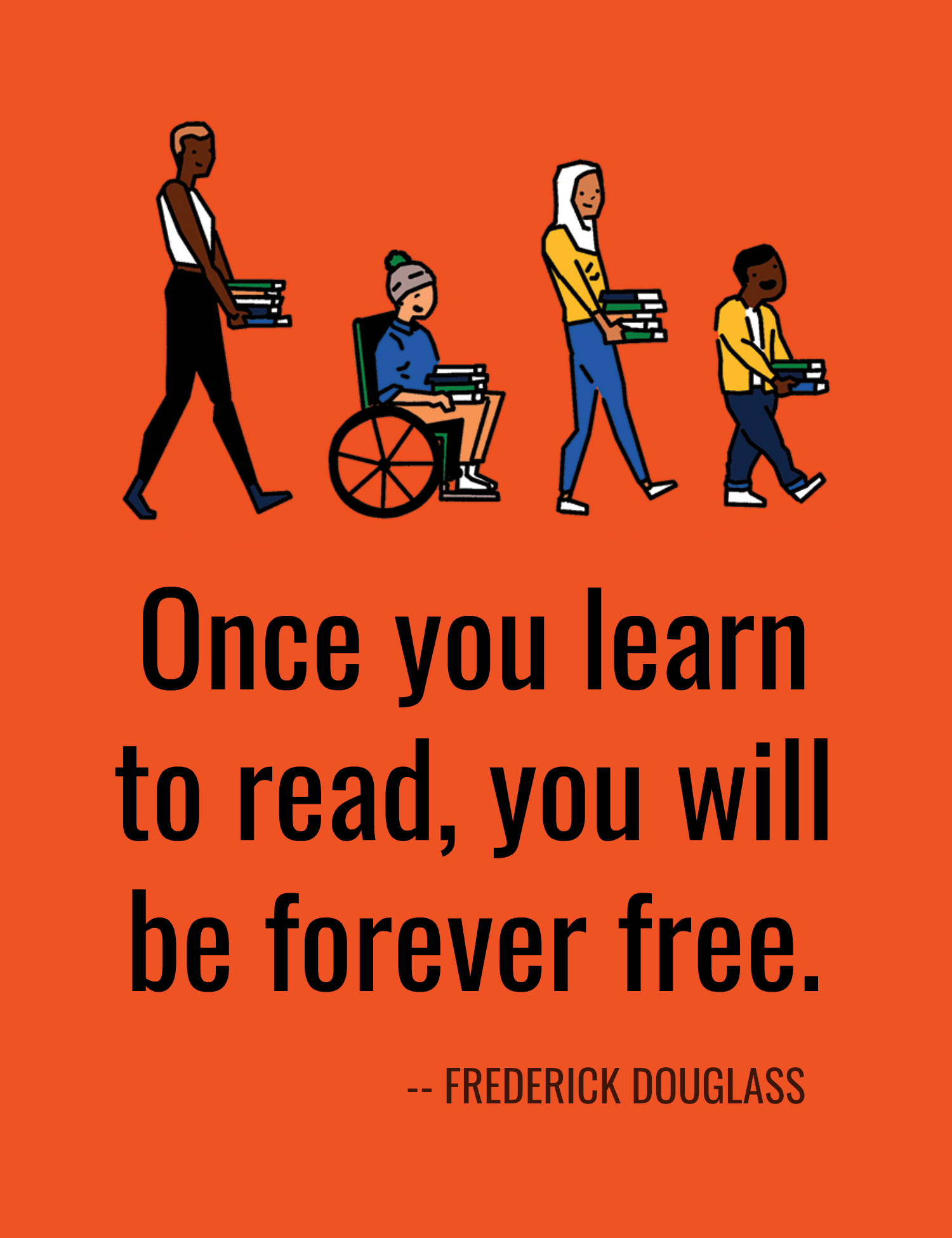 The story of the Great Migration, a time period from 1915 to about 1970, when six million African Americans left the Jim Crow South to build new lives in the north and west. The author (a Pulitzer Prize-winning journalist) weaves historical details into true personal accounts from three different migrants with unique yet highly identifiable challenges and circumstances.

An inspirational book, yet brutal. Her narrators flee violence, degradation and systematic injustice that is often hard to read about. But read we must. And give some props to the determined, hardworking men and women who helped build new industries and forever change the makeup of America’s big cities (including Philadelphia).

If you’ve never survived violent, drug-infested, crime-ridden streets, you will learn so much from Dr. Anderson’s portrayal. Like the answer to the question, “Why didn’t they just call the cops?” Please…

Where police are too overwhelmed to be effective, people create moral/ethical codes to navigate stressful social norms. They also signal all kinds of subtleties — intent, affiliations, warnings – through behavior and dress. This book provides insights from the lives of real Germantowners in the 1990’s, dealing with drugs, gangs and poverty.

A little dated but still heartbreaking and authentic. Written by a U of P sociologist now teaching at Yale. (His follow-up, The Cosmopolitan Canopy (2011), explores racial nuances in Center City.)

This cat can preach! W.E.B. DuBois is a legend, the country’s leading black intellectual at the turn of the 20th Century. When Booker T Washington was imploring his fellow African Americans to “go along to get along,” DuBois bitch-slapped him with this collection of fiery essays explaining why it’s demeaning to beg for the basic human rights you deserve.

This book is short but profound. His voice and viewpoints are surprisingly modern – he uses humor, sarcasm, even short stories to illustrate the astounding lack of freedom and opportunity black people endured 40+ years after “Emancipation.” More than a century later, we’re still fighting for equality.

A nice white lady explains to other Caucasians as gently as possible how racist you all are. Yes, all of you. Even you.

Because color is a big thing in this country, even though white people like to pretend it isn’t. This book provides proof without blame, and shows white people how to embrace racial discomfort. How to call people out on racism, and how to react when you’re the one called out. (Hint: it’s not the end of the world.)

Timeless and tremendous! A collection of short essays written in the 1940’s & 50’s at the dawn of the Civil Rights movement.

James Baldwin’s memories of unfairness are piercing. He talks about isolation and bitterness within the black community. He tries to make sense of his strained relationship with his father. He travels abroad. Finds his outrage. He puts to words the harsh reality of his time:  “Black is a terrible color in which to be born into this world.”

Baldwin is a master wordsmith, and a brilliant social critic. Every essay is as good as the last – and still relevant today.

Written as a letter from the author to his fifteen-year-old son. Raw and painfully honest, this book lays plain an African American father’s fears for his son on the cusp of manhood, in a society that eats young black men for breakfast.

Coates came from poverty and violence, and describes well the ache of being targeted and marginalized. Doesn’t matter if you’re from the projects or the suburbs or even a gated community. Every black child born faces the same institutionalized racism, hate and fear that built our country and the so-called American Dream. Don’t expect answers or sugar-coating. Sit with your feelings, and see what happens.

Of course this is just the tip of the iceberg, too. These authors here have written multiple books, all worth reading. And there have been cannons written on issues like racism, gentrification and toxic capitalism… I encourage you to seek out and follow diverse viewpoints everywhere: in conversations, on social media and websites like The Root, The Grio, Atlanta Black Star and Ebony.

And don’t forget the country’s oldest African American daily newspaper, The Philadelphia Tribune. Not just for Black people! In fact, I like the idea of white folk tuning into news that’s written for POC. We’ve been getting your news all these years, trust me – you can learn a lot by reading how the other half lives.

The Dish on Dental

Brushing up on the benefits of good dental hygiene for your pet. [more…]