Only one candidate for Philly DA offers any hope against a corrupt and outdated criminal justice system.

Four years ago our city took a risk on endorsing a radical public defender for a District Attorney race in our home—the most incarcerated city in the country. In that race, the city made Larry Krasner’s win a clear acknowledgement that the change we need in our city won’t happen by locking more people up—it will happen when the criminal legal system is transformed to undo the harm it has done to Black communities and communities of color.

Today we find ourselves in a very different world, one in which so many of us are struggling to survive after a presidency that intentionally targeted our communities in every way. We are not safer than we were four years ago. Violent crime has increased across the United States in the past year.

The rise bears no correlation to the policies of local prosecutors, but is the result of the compounding crises that Americans in general, and Philadelphians in particular, are experiencing:

plus continued austerity budgeting that leave people-centered government programs to subsist on starvation diets. Meanwhile, the events of this past summer, such as the violent tear gassing of West Philadelphia, have reminded us of the systemic contempt police departments have for Black communities.

Our city deserves a District Attorney who understands the path to justice means divesting from police, prisons, and state sanctioned violence—the very institutions of mass incarceration, derived from forces designed to uphold chattel slavery and suppress organized labor. Instead, we must understand public safety in terms of housing, jobs, healthcare, food, and community.

Over the past four years, District Attorney Krasner has made significant progress in reducing some of the most grotesque harms of the criminal legal system. The process for expungements has been expanded and streamlined, which has allowed more people with criminal records access to housing and jobs. Diversionary programs have been expanded, keeping many people out of prison.

District Attorney Krasner and his team haven’t hesitated to hold police accountable. They created a list of police officers who have a history of forging evidence, coercing confessions, and undermining justice and they have enforced a policy of not accepting testimony from those officers. They haven’t hesitated to charge police officers with wrong-doing: from creating the Conviction Integrity Unit to charging Staff Inspector Joseph Bologna after he brutally beat protestors with his police issued baton. 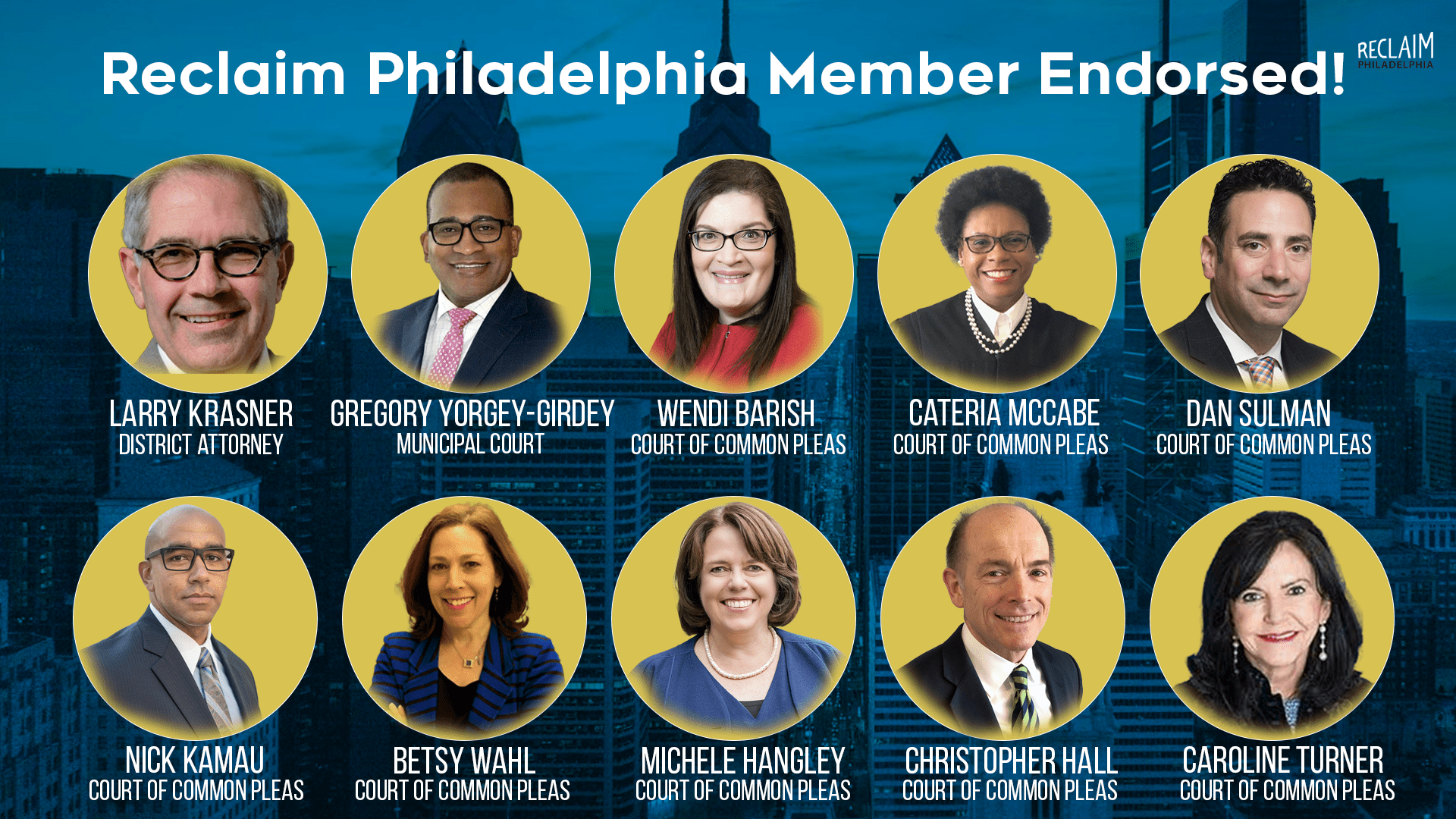 While District Attorney Krasner has delivered on many of his campaign promises and has arguably helped paved the way for progressive, reform-minded District Attorneys across the country, he has failed to implement the transformative change needed to dismantle a fundamentally unjust and unequal system. He has made decisions that many deeply disagree with, including the devastating decision to fight an appeal from political prisoner Mumia Abu-Jamal. He has not succeeded in completely eliminating cash bail, as he campaigned to do. The Philadelphia Bail Fund analyzed 450 randomized bail hearings from March to May 2020 and revealed that his prosecutors requested $999,999 bails in more than 50% of bail hearings.

District Attorney Krasner’s opponent, Carlos Vega, envisions a return to old policies that Philadelphians categorically rejected in the 2017 election. Vega proposes more police training and small adjustments to police demographics as the solution to police violence. But police departments have been trying similar reforms for years, and we know they do not work.

Philadelphians can see through such attempts to shroud his campaign in a progressive veneer. Moreover, whatever Vega’s personal intentions, his campaign is fueled by the racist backlash to movements for Black Lives and immigrant justice; his endorsers and donors run the gamut of pro-police, “tough on crime,” anti-reform forces. He’s been endorsed by the Fraternal Order of Police, and a PAC opposing Krasner is funded by a major Trump donor.

As our community looks to the future, we know that liberation from a system that has been terrorizing our communities by design will be harder with Carlos Vega as District Attorney. To realize this systemic, transformative vision we ultimately need to continue to take power back from the system that makes prosecutors the arbiters of justice and establish a new system that prioritizes community, care, healing, and transformative justice. Ensuring District Attorney Krasner’s re-election as one step of many toward that future.

Reclaim Philadelphia endorses and supports progressive candidates and policies that fight for a vision of putting working people before the profits of corporations and the super-rich. To learn more about your local group visit our information page here or sign up to canvass or make calls.

About Reclaim Philadelphia 2 Articles
Reclaim Philadelphia endorses and supports progressive candidates and policies that fight for a vision of putting working people before the profits of corporations and the super-rich. To learn more about your local group visit their information page here.
Website

Who Will Stop the Reign?

Storms at the Capitol & in Harrisburg clear the path for a progressive new generation.  [more…]

The Philadelphia County prison system has arguably been a human rights disaster for decades, but it has only deteriorated since the start of the pandemic. Conditions have become so bad; many compare it to the [more…]