Lawless rampages tend to snowball toward violence. DC Metro police officer Michael Fanone knew he was in dire straits when the mob at the US Capitol January 6th encircled him, ripping at his uniform, radio, ammunition – and his gun! Trapped and outnumbered, Officer Fanone instinctively appealed to the insurgents’ humanity. “I just remember yelling out that I have kids,“ he said in a recent CNN video, “It seemed to work.”

A group of rioters formed a protective circle around him, keeping him safe while his partner and other officers rushed to his aid. Fanone speculated the outcome would’ve been very different, had he drawn his gun. “If I was to do that, I might get a few but I’m not going to take everybody,” he said, “That would give them the justification they were looking for to kill me.”

What can we learn from this story? To me, it illustrates the power of our social bond as humans over any other means of controlling us – strong enough to withstand a raging mob! More nimble and reliable than weapons! What a waste that we’re not better harnessing this connection to create safer, kinder communities.

We could be. A new Philadelphia agenda supports diverting some City budget away from guns/cops and investing in resources/caseworkers. This summer, progressive-left organizations like Reclaim Philadelphia, Amistad Law Project, and Philadelphia Community Bail Fund electrified a local #Defund movement that succeeded in curbing the PPD’s budget, forcing the resignation of Kenney’s managing director, and launching several Behavioral Health initiatives to address mental health crises in the wake of Walter Wallace Jr’s fatal shooting last October.

But these changes are not enough.

A crucial, under-represented part of our population is ensnared by ineffective leadership, heartless profiteering, and a police state out to jail and murder them. We have seen unemployment soar, and neighbors unsure where their next rent payment is coming from. People are struggling with the City’s problematic eviction process during a pandemic, and a police department that has historically been given a free pass to terrorize and tear apart family and community dynamics.

For Officer Fanone, the choice to engage his aggressors on a human level rather than shoot at them probably saved his life. In the same way, #Defund asks the City to rethink how we manage so-called “criminal” behaviors that are really Public Health and Human Rights issues at their core.

Addiction, immigration, mental illness, generational poverty… We can’t force these narratives to change with bigger guns and longer prison sentences. And we can’t blame or shame them  away either. As a society, we need to ask ourselves: What it would look like if we appealed to our humanity for systemic solutions?

In Philadelphia, the City would reinvest in public housing to ensure everyone has access to safe, sustainable and permanently affordable housing. Development would need to meet standards set by a Community’s Comprehensive Plan. Mental health and social services would expand to provide inclusive, accessible assistance as well as emergency interventions via 911 (perhaps in conjunction with law enforcement).

Public education would rival all spending across the board – what better way to invest in citizens! Free vocational, nursing and Bachelor’s degree programs would help ensure qualified candidates for good jobs and a solid economy. Childcare, paid vacation and parental leave, too, would help build a strong foundation to begin healing from the wounds of a militant, predatory and corporatist system that seeks to limit and exploit the most vulnerable among us. 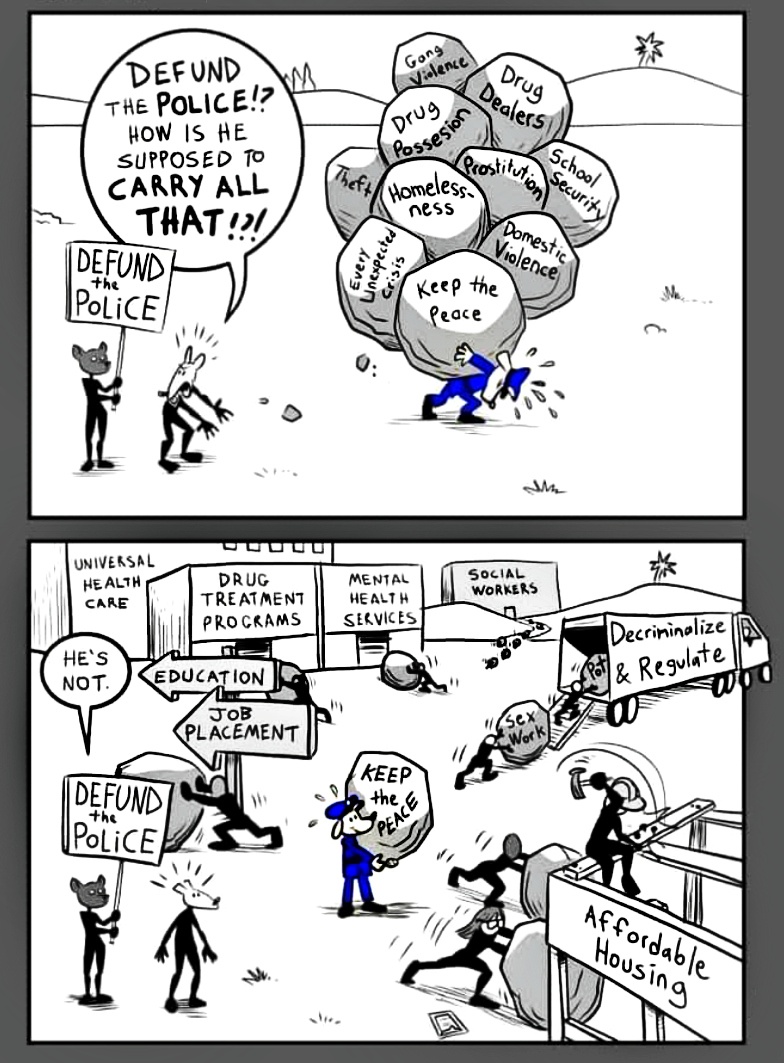 As Officer Fanone intuited at the Capitol coup – “law and order” is a tenuous concept. Here’s to the power of our own humanity to uplift, support and encourage each other as we create a better Philly together.

About Chuck Gondos 1 Article
Chuck Gondos is a NW Philly native and Co-leader of the Reclaim Philadelphia neighborhood group for East Falls and Roxborough.

Don’t Be a DIY Dope

Projects you should (and shouldn’t) attempt at home.  [more…]

East Falls without the bike race? Before 2003, Kelly Drive in our area was a dead zone. EFDC’s Gina Snyder tells how our Block Party took on a life of its own. [more…]