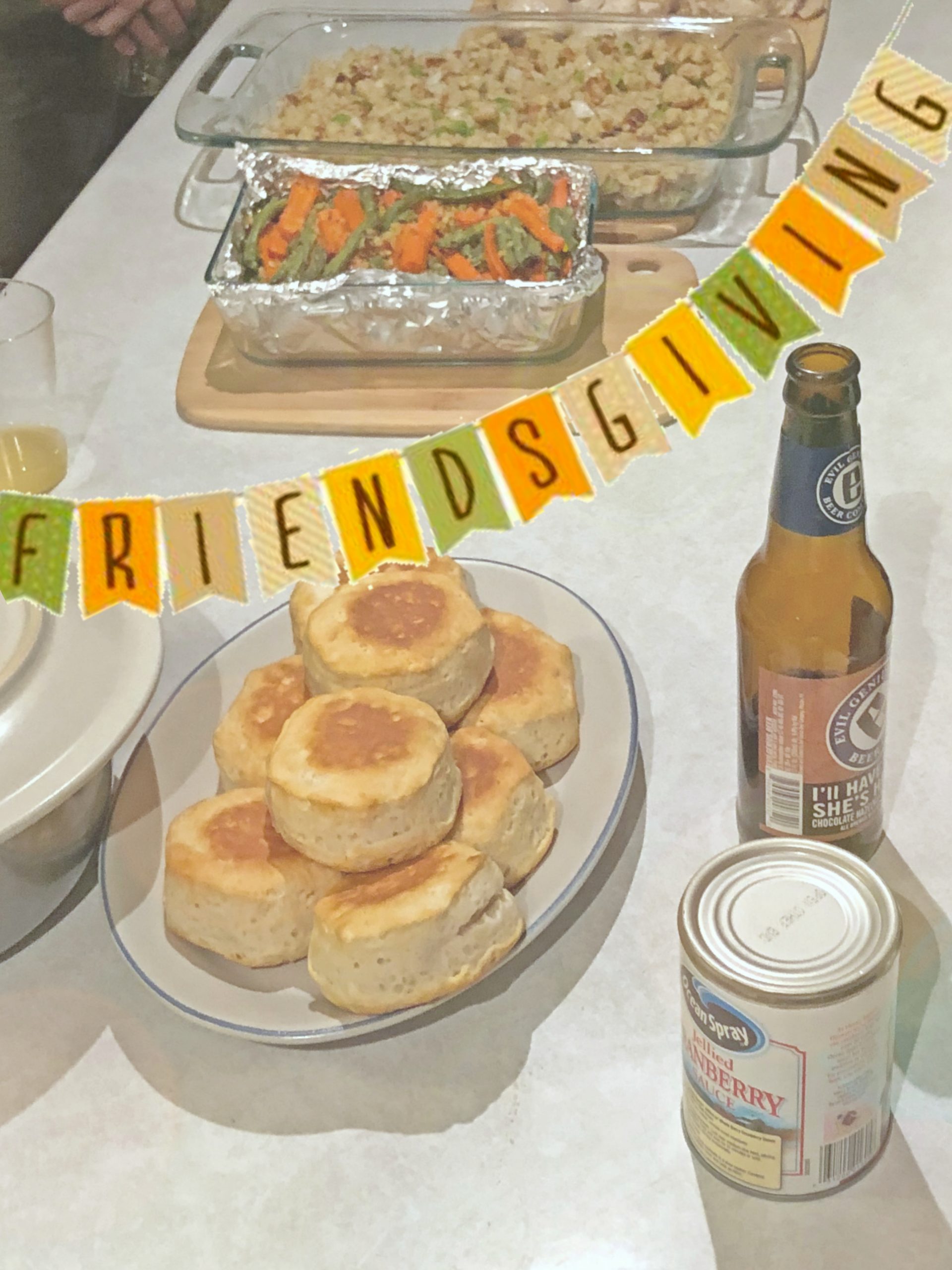 Yes it’s time for the Holidays — but first: friends! On pre-gaming Thanksgiving with a special meal celebrating friendship.

The fire alarm is going off again.

Luckily, this year at least, it is met with only mild panic and a confident towel waving to disperse the smoke. It finally subsides and I return to cooking.

This is a trial run and thus, far more mellow than in years past.

A trial run is something I have taken to doing in preparation for Friendsgiving ever since I showed up two years in a row with burnt cornbread stuffing as my only addition. I have yet to live it down and this new me takes no chances. The weekend before Friendsgiving,  I work to masterfully craft this stove-top dish. I will be ready when the day arrives. This year I will triumph.

For those unaware, Friendsgiving is a moniker designated to a holiday based around the more traditional Thanksgiving. It is an ever-changing date in November each year which is strategically picked in order to accommodate the busy lives of those who will be in attendance. It is not an idea exclusive to my group of friends. I assume the origins are based around the 90’s sitcom of Friends which devotes many episodes to Thanksgiving involving only a group of friends, but it is a popular term among 20 and 30 somethings alike. It is ever-expanding and becoming more and more popular.

It has become, over the past few years, almost more important to me than Thanksgiving itself. I like Thanksgiving as much as the next person but Friendsgiving is special in that it celebrates something else — friendship! I know that sounds self-evident, but I do believe we have so many holidays that center around family that it is nice to have something to celebrate the family I have chosen for myself.

I am close with my real family and look forward to seeing them for Christmas but Friendsgiving is a glimpse into the future and a snapshot from the past all at once. It’s a catalog of my friend group’s growth into adults. It’s seen us graduate from college. It’s seen us graduate from plastic plates and utensils into real silver, from an assortment of stools to a set of dinner chairs, and from store bought chicken to a fully cooked turkey which requires immense planning.

It’s seen friends drift away only to come back, it’s seen some friends leave altogether only for new ones to arrive. It’s seen new significant others, new jobs, new apartments, new card games, and even people starting to bring red wine. It’s seen us evolve into adults. Well, mostly.

I’d like to say it’s seen us evolve into chefs but… If my trial run suggests anything,  there will be more than enough burnt corn bread stuffing to go around!

EPILOGUE: So this year, 11/15/19, was my friends East Falls Friendsgiving. What a day! We have come a long way as cooks, most of us at least, and the menu was more complex than ever. But food is secondary  — this meal is about friends celebrating another year of our lives together. I look forward, every year, to seeing how much we’ve grown and at the same time haven’t grown at all. 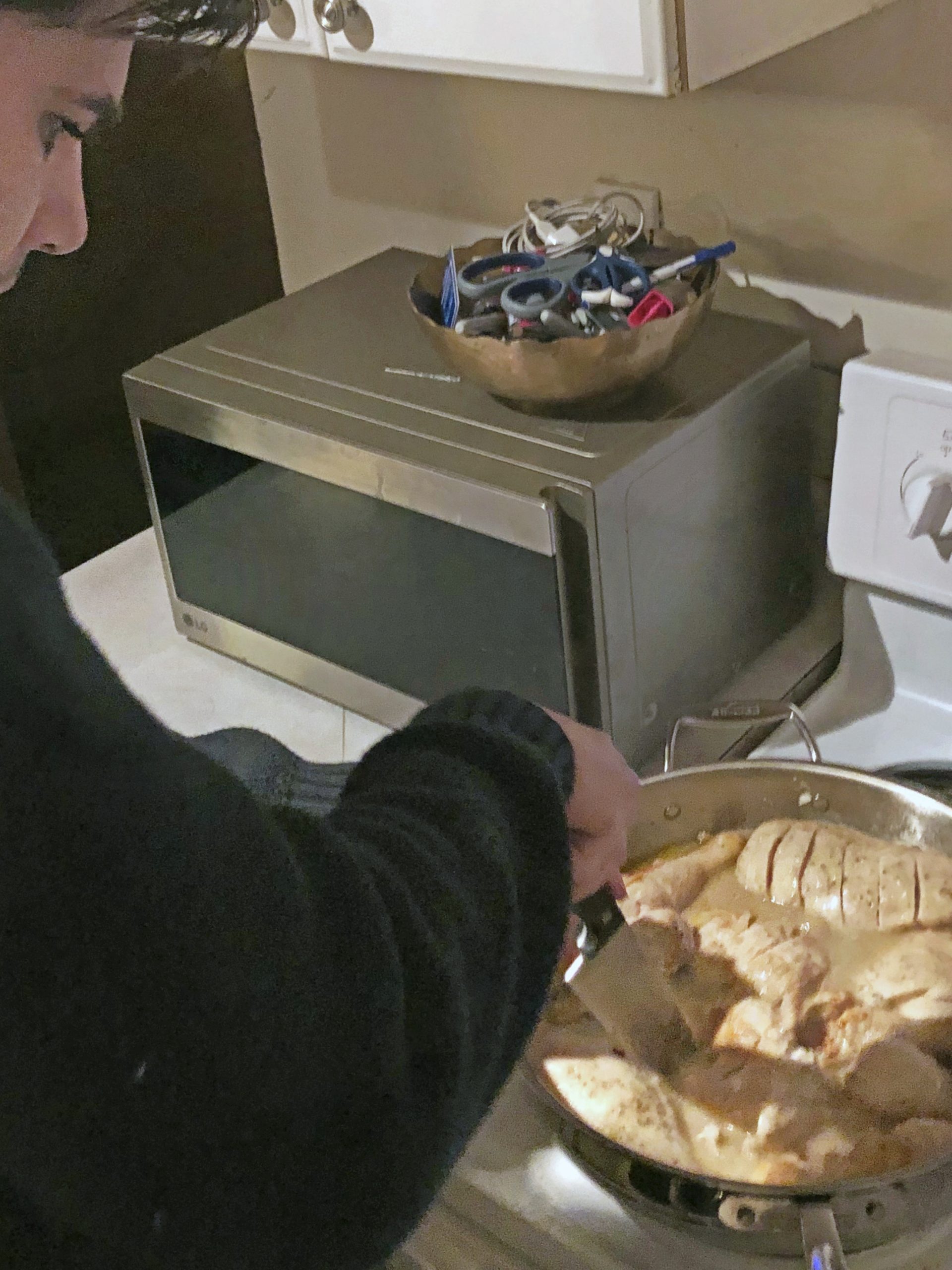 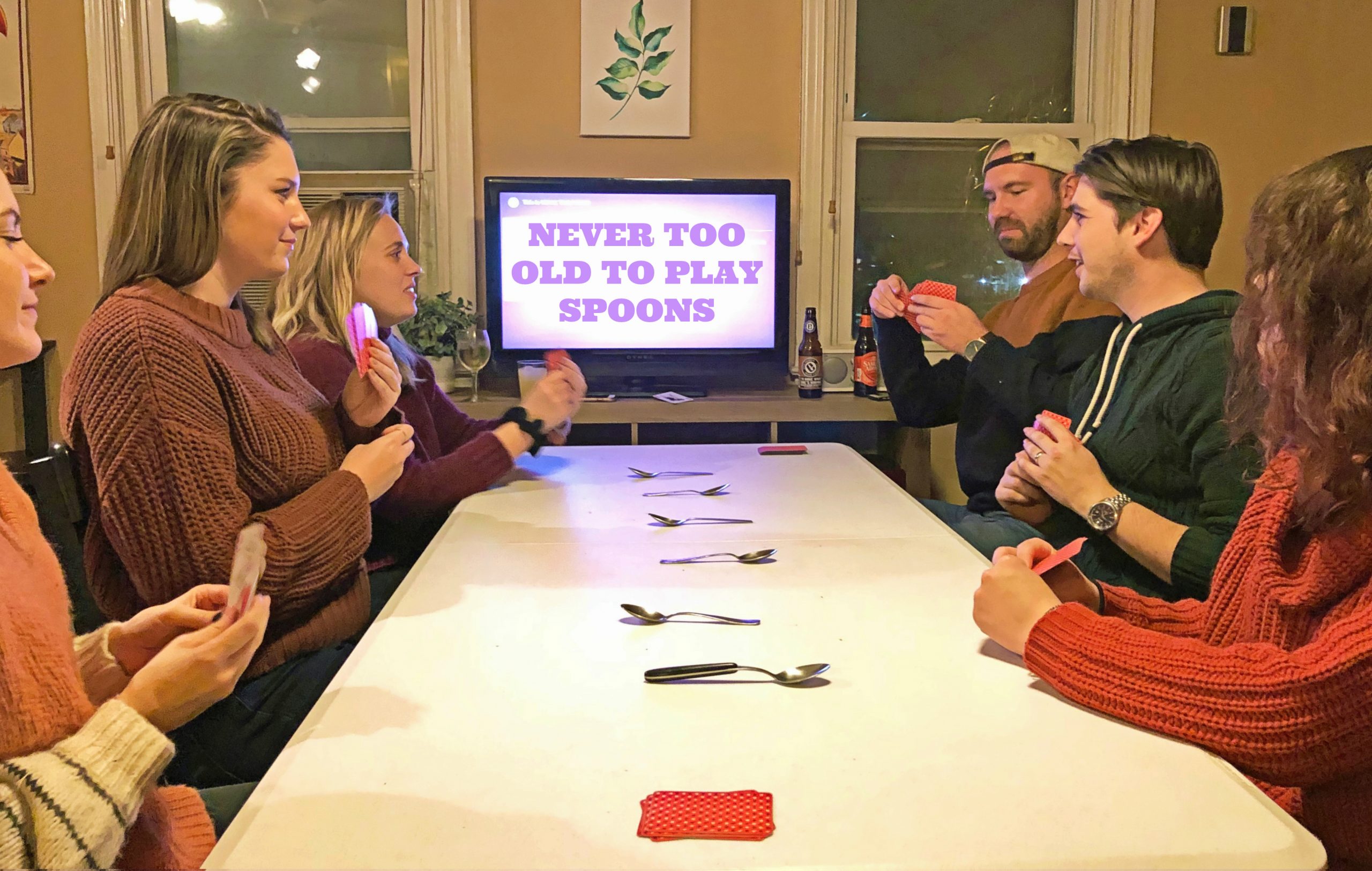 About Andrew Jaromin 1 Article
Andrew Jaromin lives on Indian Queen Lane in East Falls and has done so ever since graduating from Saint Joseph's University five years ago. Although originally from New York he has come to consider Philadelphia his home. He works as a 4th Grade Reading Teacher at Lindley Academy Charter School in North Philly, where he also coaches basketball. He doesn't like to brag, but if he did, he might mention how he has won two championships back to back with his middle school girls basketball team. Andrew is also a passionate writer, who is simply looking for his big break on one of the novels he has written. He is looking to share his short fiction stories with the paper in the near future!

Art is a Four-Legged Word in East Falls