Who doesn’t think this is messed up? 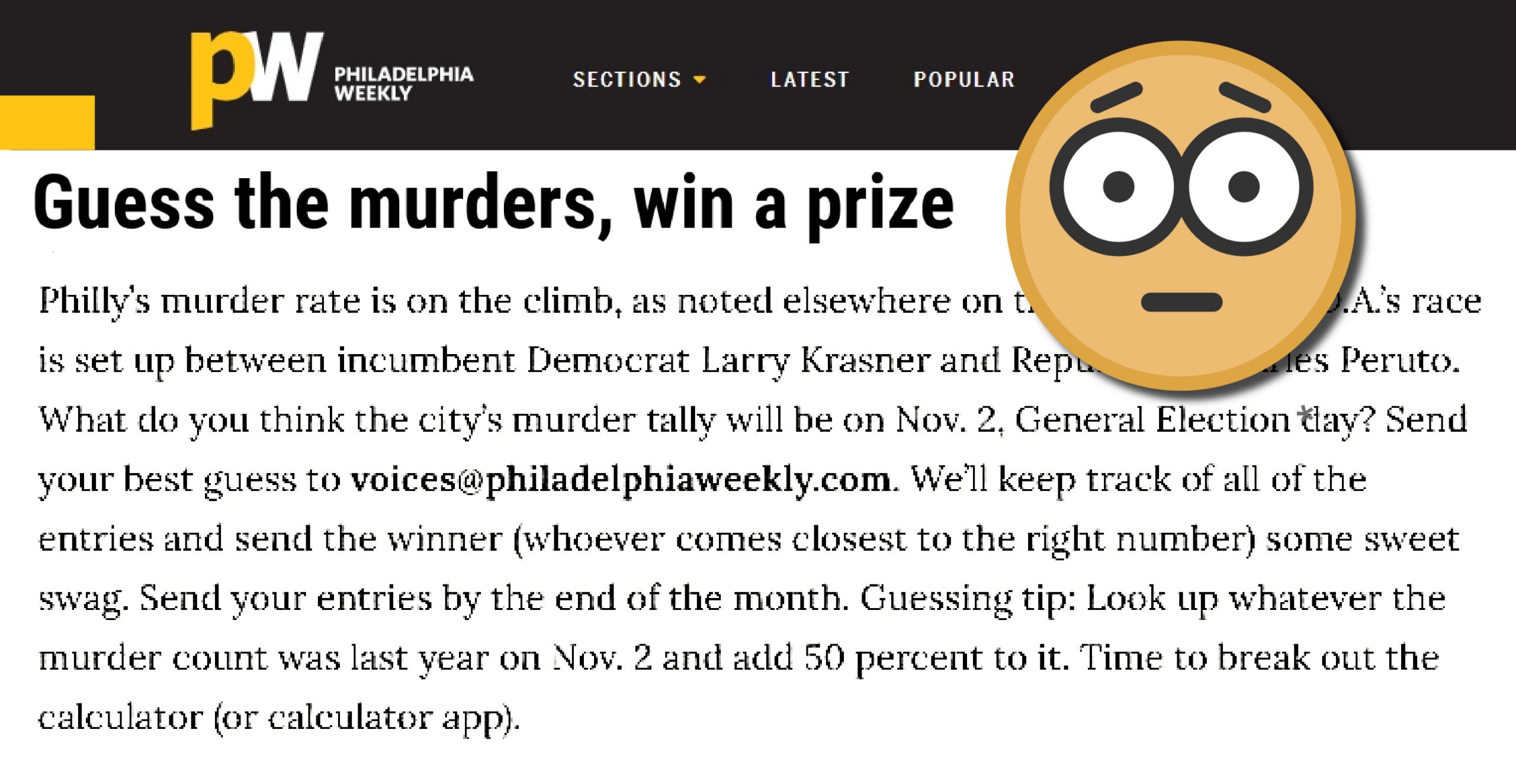 How many people have to die before someone wins valuable prizes? Our city’s gasping alt (-Right?) weekly newspaper is seriously asking readers to guess Philadelphia’s body count. Whoever’s closest on November 2nd will win “sweet swag” as we’re all heading to the polls to elect (or re-elect) our next D.A.

WHYY/Revive Media’s P.O.C. hit the streets recently, asking local residents how they feel about Philly Weekly’s new contest — Are You Mad or Nah? Neighbors sound off! NOTE: Some speakers provide their names & neighborhoods, some don’t. Check out their voices in P.O.C.’s original recorded interviews, transcribed here: 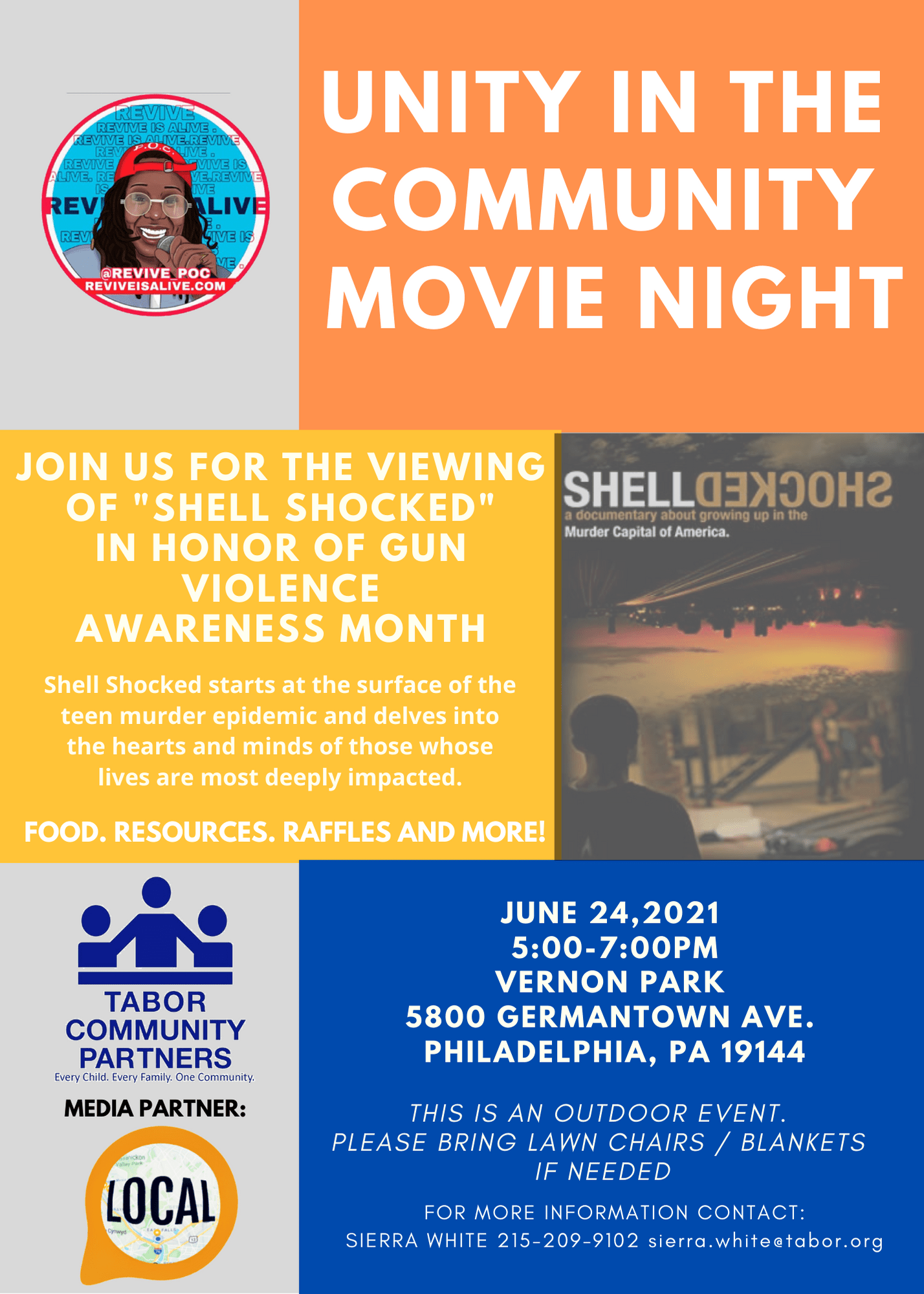 Join P.O.C. along with Tabor Community Partners and your friends at The Local for a very special screening of the documentary Shell Shocked in Vernon Park. Thursday, June 24th (5pm to 7pm). This award-winning feature delves into the hearts and minds of real teens and parents dealing with gun violence. Trained professionals will be on-site to provide immediate support, if needed.

In addition, several local news outlets including WHYY/N.I.C.E. partners will offer guests the opportunity to speak out, sign petitions, and organize for change. “This event is the result of brainstorming sessions for a gun violence project for WHYY,” said grassroots media personality P.O.C. “We want to meet people where they are, let them know they matter.”

Along with local news and resources, Unity in the Community offers food and raffles, too! It’s a multi-faceted, multimedia experience for empowering neighbors to reach out to – and look after – one another.

Guests are encouraged to #wearorange to honor victims and survivors of gun violence, and call attention to this crisis in our communities. Orange ribbons will be provided, as well, to reinforce the solidarity. All welcome.

About The Local 116 Articles
The Local byline reflects community-created content (usually from social media, often from audio/video sources) that we've collected and edited into an article for our website/newspaper.

Do The Right Thing