Apartment buildings proliferate in East Falls (and across NW Philly) as planned.

What’s with all the apartments going up? Two big buildings on Midvale, hundreds of units coming to the riverfront…. Where’s all the traffic going to go? What’s going to happen to our green little neighborhood?

Speaking at March’s general Community Council meeting, Zoning committee chair Todd Baylson pointed out that neighbors voted for “CMX” zoning for these areas when the City remapped in 2016, so… it’s kind of our fault. CMX is a mix of commercial & residential use, and neighbors voted for it to encourage East Falls to grow as a high-density, walkable community. CMX zoning has two main hallmarks:

“If people don’t want these big apartment buildings, the community is going to need to have a conversation about changing the zoning,” Todd advised.

EFCC president Bill Epstein called the regulations “ludicrous” to allow so much new construction without any parking considerations. “It’s a degradation of the community,” he added. But what can you do? Unless someone sues a developer or Curtis Jones steps in or something, these apartments will likely keep coming and coming…

BTW, HOW can build “by right” but since the development is so massive it’s triggered a special “Civic Design Review.” Basically, the community can weigh in along with City experts who have absolutely no authority to enforce any changes no matter how stupid or unwanted a design might be. (HOW’s review was February 10th, review plans at here.) 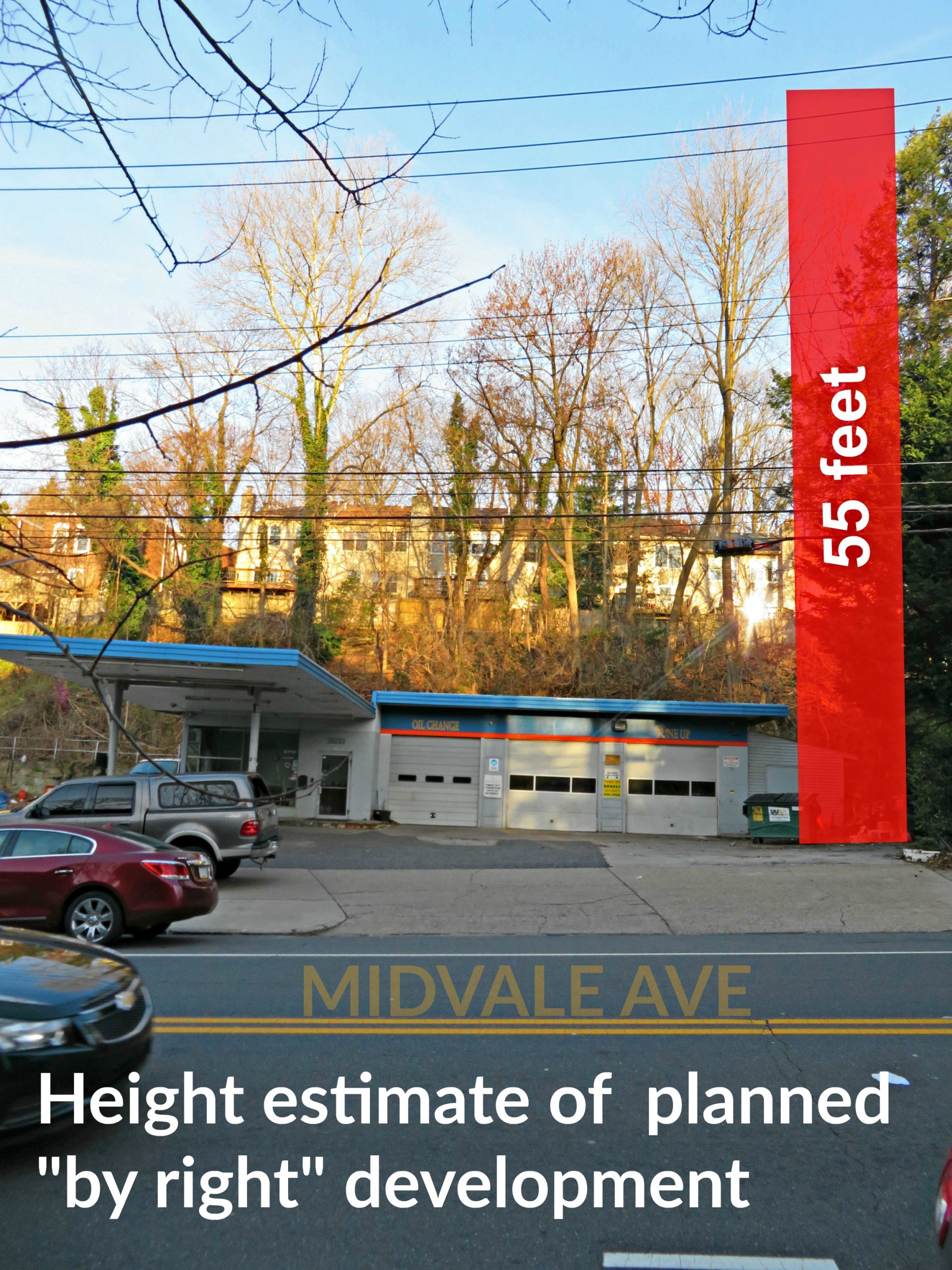 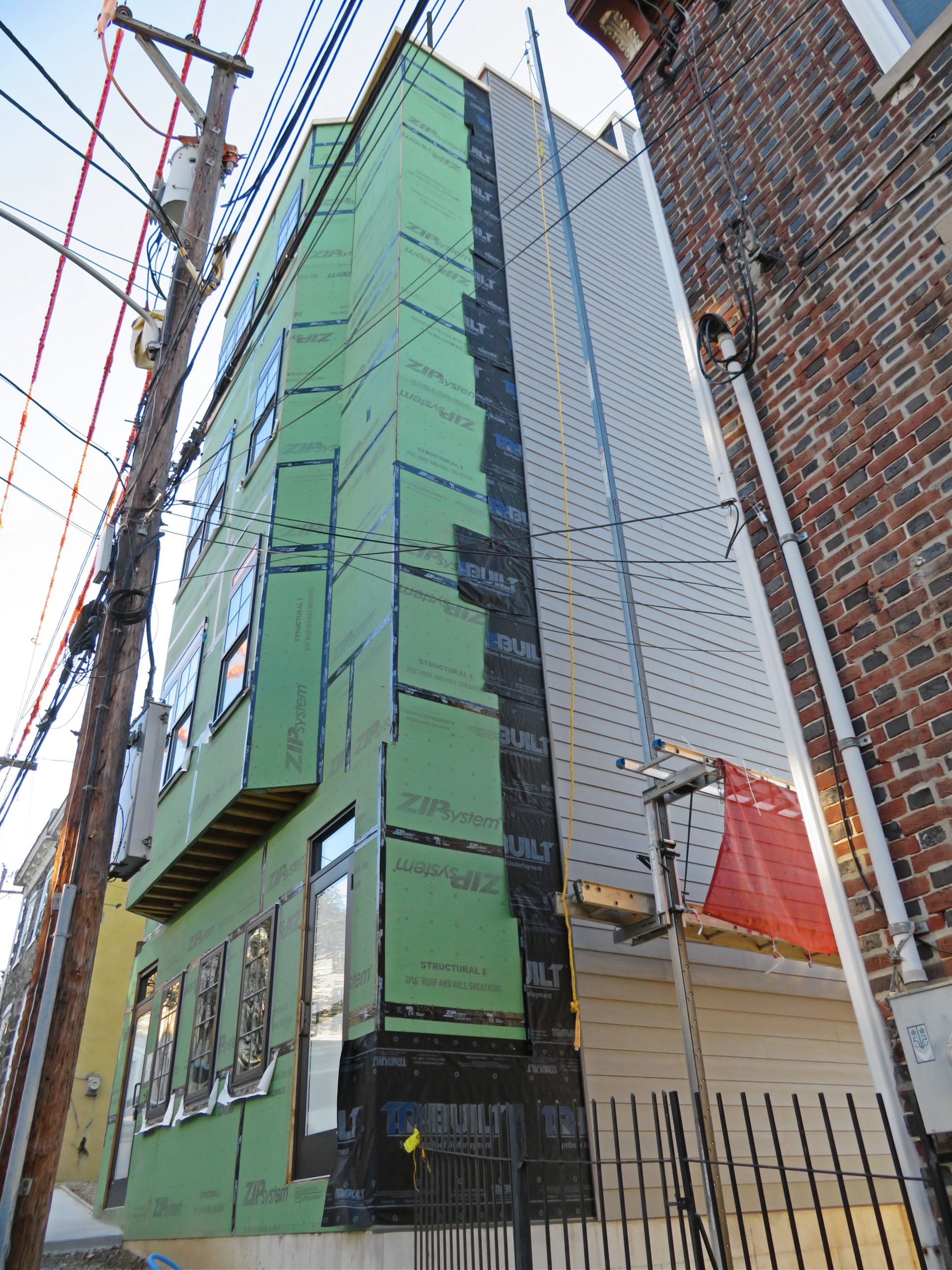 FYI, Falso’s responsible for the “Green Monster,” an unfinished apartment building on Indian Queen Lane that languished while Falso appealed the community’s opposition to his project. This February, he won and now he can proceed to grace us with a 4+ story structure that provides all of the density of CMX zoning, with none of the commercial benefits.

“That didn’t go well and he wasn’t very happy and he remains unhappy is my understanding,” Todd said. So now Midvale will be all studios and “very small” one-bedroom apartments.  As for the ground-floor commercial space: who knows? Maybe Falso’ll leave it vacant. Maybe he’ll appeal to waive it again. Maybe if we’re really nice to him, he’ll find us good businesses that complement our commercial corridor.

I guess we’ll find out soon enough, as he has the City’s green light to start building asap. Meanwhile, please follow links here to documents, previous meeting recaps, and more. 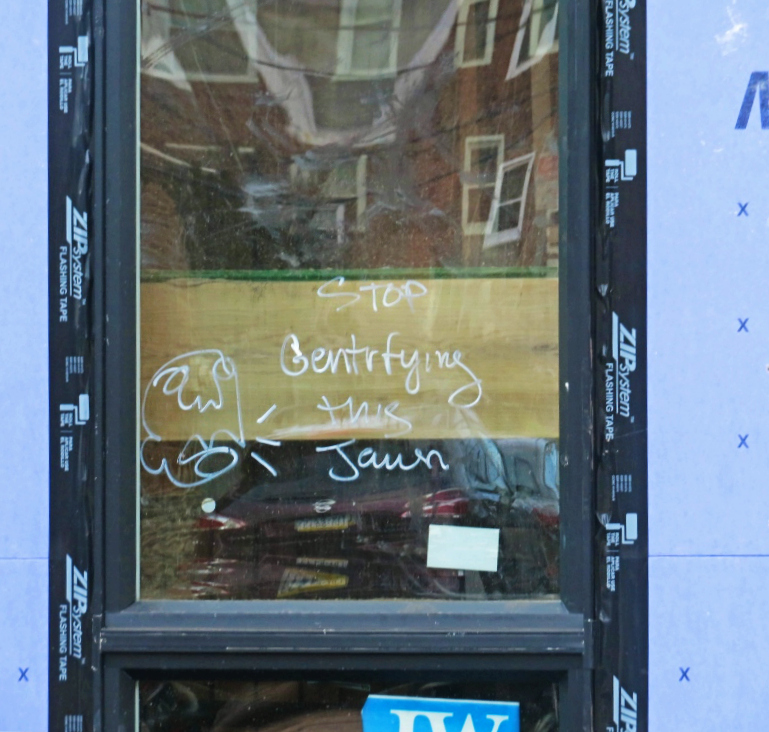 AND MORE!!! Can’t get enough community council action? This zoning run-down was just one part of March’s general meeting. The evening also included a presentation by local physician Greg Skotchko about the Direct Primary Care hub he’s creating on Ridge Avenue. And Laboratory Charter School’s CEO addressed neighbors about their proposal to re-locate 2 grades of students to Falls Center.

Supreme Court is not so nonpartisan after all. [more…]